Infection with hepatitis C virus (HCV) is one of the most common causes of viral hepatitis worldwide. Multiple extrahepatic manifestations of HCV infection have been recognized. In this study we aimed to examine right ventricular systolic function and pulmonary artery pressure in HCV patients. The study included 50 HCV patients (mean age; 34±12 years) and 50 normal persons (mean age; 28±11 years) as control group. Transthoracic echocardiography was performed on all the participants. Right ventricular systolic parameters, pulmonary artery pressure and pulmonary vascular resistance (PVR) were compared between these two groups. In patients with HCV, the right ventricular fractional area change (RV FAC), tricuspid annular plane excursion (TAPSE) and RV myocardial systolic velocity (St) values were lower than the control group (31 ± 10 vs 48 ±12 %; 13.5 ± 1.5 vs 19.2 ± 3.4 mm and 8.3 ± 1.1 vs 17.7 ± 3.3 cm/s all p values<0.001;respectively); the right atrium (RA) and RV diameters were higher than controls (4.8 ± 1.3 vs 3.6 ± 0.6 cm, p<0.001; 4.4 ± 0.8 vs 3.3 ± 0.5cm p<0.001, respectively). Additionally systolic pulmonary artery pressure and PVR were higher than controls (36.3 ± 9.9 vs 23 ± 7.8 mmHg, 3.5 ± 1.1 vs 2.1± 0.8; p<0.001, respectively). Conclusion: The findings showed that HCV infection may be associated with right ventricular systolic dysfunction and pulmonary hypertension.

The Hepatitis C virus (HCV) infection is a major public health problem worldwide. Additionally, HCV infection has been associated with extrahepatic involvements such as Sjögren’s syndrome, cryoglobulinemia, glomerulonephritis, lichen planus, and Hashimato’s thyroiditis [1,2]. It is also considered that there is a relation between HBV and HCV and oronary artery disease and heart failure [3-6].

Recent studies revealed that there is a relation between HCV and lung disease such as pulmonary fibrosis, chronic obstructive pulmonary disease and interstitial pneumonitis [7,8].

Several viruses, mainly parvovirus, adenovirus and enterovirus, may infect the myocardium. Since these agents cannot be found in many patients with myocarditis, other etiologic agents have been searched. Recently, the association of HCV infection with hypertrophic or dilated cardiomyopathy and myocarditis in patients has been recognised [9,10]. Moreover, we have established a relation between HCV infection and LV systolic and diastolic dysfunction and LV hypertrophy in our previous studies [6,11].

Selection of the patients

Fifty patients (with mean age 34±12 years) , who has been followed in the outpatient clinic of infection diseases department because of chronic hepatitis C (anti-HCV and HCV-RNA positive for at least 6 months), has normal liver enzymes and has not received antiviral treatment, were selected for the study.

The control group consisted of 50 persons, (with mean age 28±11 years ) who appealed to the cardiology and infectious disease outpatient clinic because of various reasons and did not have any identified structural cardiac pathologies. A physical examination, the medical history of patients, and the blood biochemistry were evaluated in all groups. The subjects were defined as hypertensive if their blood pressure was ≥140/90 mmHg or if they were receiving any antihypertensive medication. Diabetes mellitus was defined as the presence of a history of antidiabetic medication usage or fasting glucose level > 126 mg/dl. Smoking status was classified as smokers or those who never smoked.

M-mode measurements were performed according to the criteria of American Society of Echocardiography (12,13). Left atrium (LA) diameter, LV end-sistolic and end-diastolic diameters were measured. LV ejection frection (EF) was estimated by Simpson’s rule.

SPSS 16.0 statistical program (SPSS, Chicago, IL, USA) was used for statistical study. All values are given as mean ± standard deviation. Values between different groups were compared using the independent-samples t-test. A Chisquare test was used to assess differences between categorical variables. The relationship between parameters was determined using the Pearson coefficient of correlation. P-values <0.05 were considered significant.

There was no statistically significant difference between the HCV group and controls with regard to age, gender, blood pressure, body surface area, smoking status, diameters of the left atrium and the left ventricle and left ventricular systolic and diastolic parameters (Table 1).

Table 1: Comparison of clinical and echocardiographic features of HCV patients and controls group.

This study revealed that pulmonary systolic pressure and PVR were higher in HCV patients than in controls. Also there is a relationship between RV systolic dysfuction and HCV.

Recently, the importance of HCV infection in myocarditis and cardiomyopathy has been emphasised. HBV and HCV has been associated with atherosclerosis and HCV sero-positivity in patients with coronary artery disease and this was found to be related to cardiac failure and increased mortality[16]. Matsumori et al.[17] found anti- HCV positivity in 10.6% of the patients with hypertrophic cardiomyopathy and in 6.3% of the patients with dilated cardiomyopathy. Additionally, they found arrhythmia in 21.5% of anti-HCV positive patients. Hence, the authors suggested that HCV might play a role in several cardiac disorders with formerly unidentifiable etiology .

In our previous study, an association was also found between HCV infection and the left ventricular hypertrophy, in terms of the left ventricular systolic and diastolic dysfunction [6,11]. Wang et al.[18] found higher NT-proBNP levels, increasing with heart failure in the HBV/HCV patients not having liver failure, in comparison with the control group.

Recent studies revealed that there is a relation between HCV and lung disease such as pulmonary fibrosis, chronic obstructive pulmonary disease and interstisyal pneumonitis [7,8].

According to this situation, it is considered that HCV infections may increase heart failure and pulmonary dysfunctions. Despite a large number of studies done about the relation between cardiomyopathy and heart failure, the data about cardiac and pulmonar effects of HCV is limited.

In our study, we found lower RV FAC, TAPSE, St and higher MPI; which indicates RV systolic dysfunction in the patient group. Similarly a significantly high E/e’ ratio also indicated diastolic dysfunction in the HCV patients. In this study, we found a relationship between HCV infection and RV systolic and diastolic dysfunction. Also PASP and PVR were found higher than the control group. It may be considered that this situation causes RV systolic dysfunction, pulmonary dysfunction and portal hypertension due to hidden liver failure. Moreover, there may be some bioactive substances that we have not recognized yet, which may lead to obscure hepatic failure with normal AST/ALT and consequently are not metabolized in the liver and affect only RV, but not LV, since they are metabolized in the lungs; furthermore, hepatic failure may lead to portopulmonary hypertension and consequent RV dysfunction without manifesting clinical symptoms.

The most significant limitation of our study is the insufficient number of the patients. Other limitations include single transthoracic echocardiography assay, except physical examination other tests and evaluations were not performed for lung disease and sleep apnoea. Also for hepatic failure, other than AST and ALT further evaluation and imaging studies were not performed.

Our findings showed that HCV infection seems to be associated with the RV systolic dysfunction and pulmonary artery hypertension although the mechanisms of these are not known thoroughly. Therefore, cardiac involvement and pulmonary hypertension should be considered during the follow-up of a patient with HCV infection for extra hepatic involvement and these patients should be monitored with echocardiography. Further-more, HCV should be kept in mind for the patients who have cardiomyopathy, right cardiac failure and pulmonary hypertension with unidentifiable etiology. Further comprehensive studies may be needed to confirm our findings. 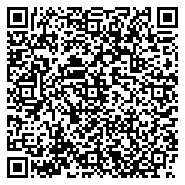