Objective: Many cancer patients suffered from mental disorders. This research was to investigate the effect of comprehensive nursing intervention on patients with breast cancer.

Method: Patients were accepted routine nursing in control group (group C), and comprehensive nursing intervention in intervention group (group I). At the end of the operation and in the following two months after operation, the levels of depression, anxiety, life quality, and sleep quality were evaluated, and the expressions of Lactic Dehydrogenase (LDH), α-fetoprotein (AFP) and Carcino-Embryonic Antigen (CEA) were also detected. The rates of recurrence and metastasis were assessed during 3-year follow-up.

Conclusions: Comprehensive nursing intervention contributed to the improvement of life quality, sleep quality and mental health, and was helpful to improve the therapeutic effect of breast cancer.

It is time to no longer consider breast cancer as a single disease. Different subtypes have differences in risk factors [1,2], natural histories [3], responses to systemic and local therapies [4,5], and genomic atlas.

The potentially informed treatment decision should be made according to these characters [6]. Otherwise, researches showed that many cancer patients would suffer from some mental disorders, such as depression and anxiety.

Mental trouble in cancer patients could bring significantly financial and emotional burden, which would result in the high utilization of health services, low quality of life and the increase of mortality [7]. Detailed treatment decision about breast cancer should be made in the consideration of disease extent, host factors, patient preferences, and social and economic constraints [8]. And the nursing serves should pay more attention to the mental health.

In our research, we implemented the comprehensive nursing intervention for patients with breast cancer to evaluate its influence.

200 patients with breast cancer, who were confirmed by our hospital from January 2010 to December 2015, were randomly divided into two groups to compare the clinical treatment effect of different nursing care. There were respectively 100 patients in control group (group C) and intervention group (group I) in which all patients were younger than 40 years old. There was no significant difference between two groups in age, gender, disease course, cancer grade and educational background.

The life quality of all patients was evaluated with EORTC QLQ-C30 questionnaire (European Organization for Research and Treatment of Cancer quality of life questionnaire) in 15 fields [9]. This evaluation was managed after the breast cancer operation, and when reexamined after 1- and 2-month nursing.

Evaluation of depression and anxiety

The Self-Rating Depression Scale (SDS) [10] was used for the assessment of depression. And Self-Rating Anxiety Scale (SAS) [11] was applied to the evaluation of anxiety. The following was the standard of evaluation (Table 1).

Table 1: The standard of depression and anxiety.

We counted up the number of patients with depression or anxiety in groups C and I. After 1- and 2-month nursing, these would be managed when re-examined.

Sleep quality was assessed by using Pittsburgh Sleep Quality Index (PSQI) [12], which was to produce the global sleep quality index score in a 19-item scale on the basis of seven component indexes: sleep quality, sleep latency, sleep duration, habitual sleep efficiency, sleep disturbance, use of sleep medications and daytime dysfunction. This assessment also would be implemented post operation and when reexamined after 1- and 2-month nursing.

The Lactic Dehydrogenase (LDH), α-fetoprotein (AFP) and Carcino-Embryonic Antigen (CEA) were detected post operation. These indexes would be detected again when reexamined after 1- and 2-month nursing.

Statistical analysis was performed with the SPSS, version 21.0. All measurement data were presented as mean ± standard deviation and analysed with T test. P value with less than 0.05 indicated a statistically significant difference and was adjusted for multiple comparisons.

200 patients participated in our research. There were 100 patients in each group. The statistical analysis results showed that patients in two groups were not significantly different in age, marital status, educational background and pathological stage (P>0.05) (Table 2).

Table 2. The basic information of patients in two groups.

With the EORTC QLQ-C30 questionnaire, we detected the life quality of patient in two groups. Just after the breast cancer operation, the scores of patients in two groups were respectively 40.7 ± 12.1 and 39.3 ± 14.6. There was no significant difference (P=0.65, P>0.05). Then after two-month nursing, life qualities of all patients were increased. However, the life quality of group I was much better than group C, with a statistically significant difference (P< 0.05) (Table 3).

Table 3. The life quality of patients. In this table, the rows “1 month” and “2 month” respectively represent 1 month and 2 month after operation.

PSQI scale assessed the quality of sleep in 7 components. There was no significant difference between two groups after breast cancer operation (P < 0.05). However, after two-month comprehensive nursing intervention, the sleep quality of group I was much better than group C. And the difference was statistically significant (P< 0.05). Moreover, this difference reflected in each component (Table 4).

Table 4. The sleep quality of patients.

Evaluation of depression and anxiety

With SDS and SAS scale, we evaluated the levels of depression and anxiety for patients with breast cancer. In group I, there were 38 (38%) depression patients and 35 (35%) anxiety patients, while 37 (37%) depression patients and 33 (33%) anxiety patients in group C. Though there was no difference between two groups just after the surgery, a remarkable reduction appeared after two month careful nursing (P< 0.05). Moreover, the difference between two groups was more and more remarkable and statistically significant (P< 0.05). The condition of depression and anxiety of patients in group I were better than them in group C (P< 0.05) (Table 5).

Table 5. The depression and anxiety of two groups.

After the operation of breast cancer and postoperative chemotherapy, patients in two groups were managed with different nursing model. We detected the expression levels of tumor markers, LDH, AFP and CEA. The expressions of these proteins were reduced both in groups I and C. But the reduction in group I was more significant than group C (Figure 1). As shown in Figure 1, after 1 or 2 month treatment and nurse, the expressions of these proteins of patients in group I were much lower than those in group C. With repeated measures analysis of variance, the statistical result showed that this difference was significant (P< 0.05). So, there was a better therapeutic effect of patients in group I who accept comprehensive nursing intervention. 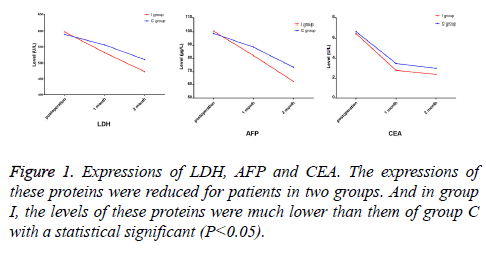 Table 6. The tumor recurrence and metastasis of two groups with 3 years follow-up.

Breast is the secondary sexual characteristics of females whose function and beauty is very important [13]. The disease about breast will lead to severe psychology disorder. In our research, the patients were young whose ages were younger than 40 years. These young patients with breast cancer had high levels of depression and anxiety and low life quality and sleep quality. It had been reported that the sleep quality of younger patients with breast cancer was better than elders. However, some components of life quality were worse than older patients [14]. And some researchers had shown that the depression and anxiety levels of younger patients were higher than old persons [15]. So, for younger patients with breast cancer, we should pay more attention to their mental troubles. The nursing model should be improved. In our research, we implemented a comprehensive nursing intervention which could preferably improve psychological status, life and sleep qualities of young patients. After two month careful nursing intervention, the evaluation of life, sleep, depression and anxiety for patients in group I was much better than patients in group C.

Moreover, LDH, CEA and AFP were important biomarkers of tumor which is a growing role in all aspect of cancer care from screening to follow-up after treatment [16]. The detection of LDH, CEA and AFP showed that the therapeutic effect of patients in group I was better than group C. And tumor recurrence and metastasis rates were lower for patients implemented with comprehensive nursing intervention. This demonstrated that well nursing intervention could exert a positive influence to the therapeutic effect. This might be because of the release of emotion and reduction of depression and anxiety. High level of emotional distress would produce a significant influence to the treatment of cancer [17]. A metaanalysis showed that patients suffering from clinical depression were three times more likely to tend to unsuccessful oncological treatment [18]. So, the mental health is important in the clinical treatment of cancers.

Moreover, nursing intervention could reduce the anxiety about economic burden induced by disease treatment. Then patients can receive a better therapy without any worries. It will be necessary to concentrate more energies on the mental health in future treatment of breast cancer.