• Stresses the importance of social norms and culture.

• Proposes that children learn behavior through problemsolving interactions with other children and adults. Through these interactions, they learn the values and norms of their society.

• Argues that social habits are inherited and formed by genetics.

• To understand current actions, emphasises the role of biology and gene transmission through generations.

• A psychologist approaching a social issue like aggression from this viewpoint would understand how biology and evolutionary factors influenced the development of the behaviour.

Emphasizes the value of one-of-a-kind experiences in family, education, and culture. We learn habits by watching and mimicking the actions of others, according to this perspective. In the case of violence, anyone interested in social learning would like to know how people learn violent behaviours from their parents, peers, and even media influences.

The social-cognitive perspective on personality is a theory that emphasises cognitive processes in the formation of personality, such as thought and judging. These cognitive mechanisms play a role in the creation of acquired habits that are important to a person's personality.

While some social psychologists tend to have a dominant perspective, many researchers draw on a variety of theories when tackling a question or hypothesis. By understanding all of the many influences that contribute to social behavior, including culture, social learning, and genetics, and individual differences, researchers can gain a deeper understanding of the many forces that influence how people think and act in social situations. 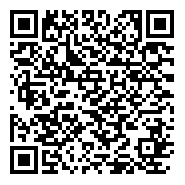