The study of the mental dimensions of language and expression is known as psycholinguistics. It is mainly concerned with the representation and processing of language in the brain. Psycholinguistics is a branch of both linguistics and psychology that is part of the field of cognitive science.

The main focus of psycholinguistics

The major branches of psycholinguistics

Though there is still much discussion, there are two main hypotheses on how children learn languages: The behaviourist viewpoint, which holds that all language must be mastered by the child; and the innatist viewpoint, which holds that although the abstract system of language cannot be learned, humans do have an inherent language faculty or access to what has been dubbed "universal grammar."

In 1959, Noam Chomsky published a highly critical analysis of B.F. Skinner's Verbal Behavior, which launched the innatist viewpoint. This review was instrumental in kicking off what has been dubbed the "cognitive revolution" in psychology.

Chomsky believed that humans have an inherent capacity for language and that complex syntactic features like recursion are "hard-wired" in the brain. Even the most intelligent and social non-humans are considered to be incapable of achieving these abilities. There was no proof that children obtaining adequate feedback to learn all the rules of their language when Chomsky believed that children learning a language have a large search space to explore among all possible human grammars. As a result, there must be another inherent mechanism that allows humans to learn languages. According to the "innateness theory," a language faculty like this is what separates human language from even the most advanced types of animal communication.

The field of linguistics and psycholinguistics has since been defined by pro-and-con reactions to Chomsky. The view in favour of Chomsky still holds that the human ability to use language (specifically the ability to use recursion) is qualitatively different from any sort of animal ability. This ability may have resulted from a favorable mutation or from an adaptation of skills that originally evolved for other purposes.

The mentalistic theories of Jean Piaget and the empiricist Rudolf Carnap exemplify the view that language must be mastered, which was particularly popular prior to 1960. Language, according to the behaviourist school of psychology, is a learned behaviour influenced by conditioned responses. The idea that language can be mastered has recently resurfaced in popular culture. The notion that language can be taught has resurfaced in recent years, thanks to emergentism. This viewpoint challenges the "innate" viewpoint as scientifically unfalsifiable, i.e., untestable. Researchers have been able to simulate language learning using neural network models thanks to advances in computer technology since the 1980s. These models show that there is likely enough knowledge in the input to learn language, including syntax. If this is the case, an innate mechanism to explain language acquisition is no longer required. 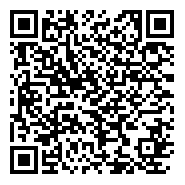