The word "cognitive dissonance" refers to the mental discomfort that occurs when two opposing views, values, or attitudes are held. People seek consistency in their views and beliefs; therefore, this conflict might make them feel uneasy or uncomfortable.

This discrepancy between what people believe and how they act encourages them to take steps that would alleviate their distress. People try to alleviate this tension in a variety of ways, including rejecting, explaining away, or ignoring new knowledge.

Although everyone feels cognitive dissonance to some degree, it is not always easy to notice. The following are some clues that your feelings may be related to dissonance:

• Uncomfortable feelings prior to accomplishing something or making a decision

• You're embarrassed or ashamed of anything you've done, and you're trying to hide it from others.

• Feeling guilty or remorseful over anything you've done previously

• Even if it wasn't something you wanted to do, you did it due of peer pressure or a fear of missing out (FOMO).

There are a variety of conditions that might cause cognitive dissonance by causing conflicts.

External expectations, such as those at work, school, or in social situations, may lead you to act in ways that are contrary to your own values.

This could be doing something at work to avoid being fired or going along with something because of peer pressure.

Learning new information can occasionally cause cognitive dissonance. If you engage in an activity that you subsequently realise is detrimental, for example, you may experience discomfort. People sometimes deal with this by either justifying their actions or finding ways to dismiss or disregard fresh facts.

On a daily basis, people make huge and minor judgments. When confronted with two identical options, people frequently experience dissonance since both are equally enticing.

However, after a decision has been taken, people must find a solution to alleviate their misery. People do this by justifying why their choice was the best alternative, allowing them to believe that they made the greatest decision possible.

The degree of dissonance people experience is determined by a number of factors, including how important a belief is to them and how inconsistent their beliefs are.

Several factors can influence the overall strength of the dissonance, including:

• The weight that each belief carries. More personal cognitions, such as self-beliefs, and highly valued cognitions likely to cause more dissonance.

• The number of contradictory beliefs. The greater the strength of the dissonance, the more discordant (clashing) thoughts you have.

Our behaviours and actions are frequently influenced by cognitive dissonance. It doesn't simply affect how you feel; it also encourages you to take steps to alleviate your misery.

People can feel anxious and uncomfortable as a result of cognitive dissonance, especially if the mismatch between their beliefs and behaviours includes something that is essential to their sense of self. Behaving in ways that are inconsistent with your personal values, for example, might cause tremendous distress. Your actions contradict not only your views about the universe, but also your views about yourself.

This dissatisfaction might show out in a variety of ways. People may have the following feelings:

Cognitive dissonance can even affect how people feel about themselves and how they see themselves, leading to low selfesteem and self-worth.

Cognitive dissonance can have a wide range of outcomes because people wish to escape the discomfort. People's actions, thoughts, and decisions can all be influenced by dissonance. They may engage in behaviours or develop attitudes to alleviate the conflict's unpleasantness.

The notion of cognitive dissonance was first suggested by Leon Festinger, and it focused on how people struggle to achieve internal consistency. 3 He claimed that humans have an innate desire to guarantee that their ideas and actions are in sync. Discord is caused by inconsistencies or contradictory beliefs, which people want to avoid.

“Cognitive dissonance can be understood as an antecedent condition that leads to behaviour focused toward dissonance reduction, just as hunger leads to behaviour aimed toward hunger-reduction," Festinger said in his 1957 book, "A Theory of Cognitive Dissonance." It's a totally different incentive than most psychologists are used to working with, yet it's still incredibly potent, as we'll discover”. 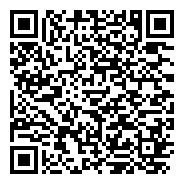