Cognitive development is the process through which a person observes, thinks about, and comprehends his or her environment as a result of the combination of hereditary and learned elements. Information processing, intellect, reasoning, language development, and memory are all components of cognitive development.

• The sensorimotor stage: birth to 2 years

• Formal operational stage: ages 12 and up

Piaget argued that children participate actively in the learning process, functioning as mini-scientists conducting experiments, making observations, and learning about the environment. Kids constantly add new knowledge; expand on current knowledge, and change previously held concepts to fit new information as they interact with the world around them.

How did Piaget come up with his theory?

Piaget was born in the late 1800s in Switzerland and was an early learner, writing his first scientific paper at the age of 11 years old. When he worked as an assistant to Alfred Binet and Theodore Simon to standardise their renowned IQ test, he had his first exposure to children's intellectual growth.

Piaget's fascination with children's cognitive development was sparked by his observations of his nephew and daughter. These findings backed up his theory that children's minds were not just little replicas of adult minds.

Children were primarily viewed as tiny replicas of adults up to this time in history. Piaget was one of the first to recognise that children's thinking differs from adults' thinking.

He came to the conclusion, based on his observations, that youngsters are not less bright than adults; they simply think differently. "Only a genius could have conceived of it," Albert Einstein said of Piaget's findings.

Piaget established a stage theory of intellectual development based on his observations of his children, which comprised four different stages:

Major Characteristics and Changes in Development: The newborn learns about the world through their movements and experiences.

• Basic behaviours like as sucking, gripping, seeing, and hearing help children learn about the world.

• Even when objects can't be seen, infants learn that they exist (object permanence)

• They are distinct from the people and objects in their environment.

• They understand that their activities have the potential to affect the world around them.

• Children start thinking symbolically and learn to express items with words and drawings.

• At this age, children are egocentric and have difficulty seeing things from other people's perspectives.

• While they are improving their language and cognitive skills, toddlers still have a tendency to think in very concrete terms.

Major Characteristics and Changes in Development

• Children learn to think logically about tangible experiences throughout this period.

• They start to grasp the notion of conservation, such as the fact that the amount of liquid in a short, broad cup is equivalent to the quantity in a tall, slender glass.

• Their reasoning grows more logical and ordered, but their thinking remains highly tangible.

• Inductive logic, or reasoning from specific knowledge to a general concept, is taught to children at an early age.

• At this age, the teenager or young adult learns to reason about hypothetical situations and think abstractly.

• The concept of abstraction arises.

• Teenagers begin to consider moral, philosophical, ethical, social, and political concerns that necessitate the use of theoretical and abstract reasoning.

• Begin to use deductive logic, which is the process of reasoning from a general concept to specific data. 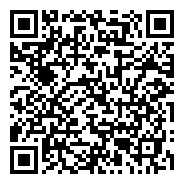