Editorial Note for Journal of Cell Science and Mutation

I am pleased to introduce the Journal of Cell Sciene and Mutation (JCSM), a newly launched journal which will be dedicated to advancing the science and Gene Mutation. Journal of Cell Science and Mutation (JCSM) main aim is to publish the most advanced research and discoveries with current developments in the form of original research articles, review articles, case reports, short communications, commentaries, images, video articles, etc. By making our content freely available on internet, we try to meet the research needs of aspiring researchers and scientists throughout the world give them a scope for further advancements in research.

Chromosomes are thread-like molecules that carry hereditary information for everything from height to eye color. They are made of protein and one molecule of DNA, which contains an organism's genetic instructions, passed down from parents. In humans, animals, and plants, most chromosomes are arranged in pairs within the nucleus of a cell.

Apoptosis is the process of programmed cell death. It is used during early development to eliminate unwanted cells; for example, those between the fingers of a developing hand. In adults, apoptosis is used to rid the body of cells that have been damaged beyond repair. Apoptosis also plays a role in preventing cancer.

Necrosis, death of a circumscribed area of plant or animal tissue as a result of disease or injury. Necrosis is a form of premature tissue death, as opposed to the spontaneous natural death or wearing out of tissue, which is known as necrobiosis. Necrosis is further distinguished from apoptosis, or programmed cell death, which is internally regulated by cells, plays a critical role in embryonic development, and serves as a protective mechanism against disease and other factors.

Ribosomes are specialized cell organelles and found in both prokaryotic and eukaryotic cells. Every living cell requires ribosomes for the production of proteins.

This cell organelle also functions by binding to a messenger ribonucleic acid (mRNA) and decoding the information carried by the nucleotide sequence of the mRNA. The transfer RNAs (tRNAs) comprising amino acids, enter into the ribosome at the acceptor site. Once it gets bind up, it adds amino acid to the growing protein chain on tRNA

send as an e-mail attachment to [email protected] 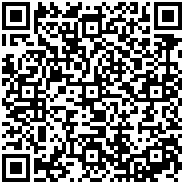