Developmental psychology is the scientific study of how and why human beings change over the course of their life. Originally concerned with infants and children, the field has expanded to include adolescence, adult development, aging, and the entire lifespan. Its aim to explain how thinking, feeling, and behaviors change throughout life. This field examines change across three major dimensions: physical development, cognitive development, and social emotional development. Within these three dimensions are a broad range of topics including motor skills, executive functions, moral understanding, language acquisition, social change, personality, emotional development, self-concept, and identity formation.

The major issues in developmental psychology

i. Nature and nurture: How does our genetic inheritance (our nature) interact with our experiences (our nurture) to influence our development?

ii. Continuity and stages: What parts of development are gradual and continuous, like riding an escalator?

iii. Stability and change: Which of our traits persist through life?

The unique gene combination created when our mother’s egg absorbed our father’s sperm helped form us as individuals. Genes predispose both our shared humanity and our individual differences.

But it also is true that our experiences form us. Our families and peer relationships teach us how to think and act. Even differences initiated by our nature may be amplified by our nurture. We are not formed by either nature or nurture, but by the interaction between them. Biological, psychological, and social-cultural forces interact.

Mindful of how others differ from us, however, we often fail to notice the similarities stemming from our shared biology. Regardless of our culture, we humans share the same life cycle. We speak to our infants in similar ways and respond similarly to their coos and cries. All over the world, the children of warm and supportive parents feel better about them and are less hostile than are the children of punishing and rejecting parents. Although ethnic groups have differed in some ways, including average school achievement, the differences are “no more than skin deep”. To the extent that family structure, peer influences, and parental education predict behavior in one of these ethnic groups, they do so for the others as well. Compared with the person-to-person differences within groups, the differences between groups are small. We share a human nature.

The continuity view says that change is gradual. Children become more skillful in thinking, talking or acting much the same way as they get taller. The discontinuity view sees development as more abrupt-a succession of changes that produce different behaviors in different age-specific life periods called stages.

Stability implies personality traits present during infancy endure throughout the lifespan. In contrast, change theorists argue that personalities are modified by interactions with family, experiences at school, and acculturation. This capacity for change is called plasticity. For example, Rutter (1981) discovered than somber babies living in understaffed orphanages often become cheerful and affectionate when placed in socially stimulating adoptive homes.

Developmental psychologists often utilize a number of theories to think about different aspects of human development. For example, a psychologist assessing intellectual development in a child might consider Piaget's theory of cognitive development, which outlined the key stages that children go through as they learn.

A psychologist working with a child might also want to consider how the child's relationships with caregivers influences his or her behaviors, and so turn to Bowlby's theory of attachment.

Each approach tends to stress different aspects of development such as mental, social, or parental influences on how children grow and progress. 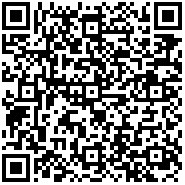