Economic effects of ectoparasites on fitness and life history.

According to life history theory, iteroparous organisms will trade off current reproduction for future reproduction, leading to the evolution of host defences against current parasite infestation that will enhance lifelong reproductive success. Thus, the variance in reproductive success caused by parasites is not solely due to parasite infestation, but also results from the parasite-mediated distribution of resources across current and upcoming reproductive events. Therefore, an experimental research of the effects of parasites during the host's lifetime is necessary to comprehend the significance of parasites for the evolution of host life history. There is currently little such research. The components of current and future reproductive success, such as survival, divorce, breeding dispersal, and numerous reproductive characteristics, were documented while manipulating the load of an ectoparasite, the hen flea, in the nests of its most common host, the great tit, over a period of 4 years. Finally, we evaluated lifetime reproductive success as a close indicator of Darwinian fitness for females solely because male paternity was unknown. According to the experiment, females reproducing in contaminated nests scattered over greater distances between breeding attempts. Ectoparasites had no appreciable impact on the post-infestation divorce rate, likelihood of future local reproduction, or residual reproductive performance. According to the study, hen fleas have a negligible impact on how current and future reproduction is prioritised.

Parasites frequently mediate life histories, which are the result of a range of behavioural adaptations made to lessen the negative impacts of expensive parasitism. According to numerous experimental investigations on bird-ectoparasite systems, parasite-induced adaptations typically take place during parasite exposure and can affect parental investment or the size of the brood. In iteroparous animals, behavioural changes brought on by parasites can develop even after a parasite infestation, and various studies have found that parental survival or the allocation of resources to future reproduction may suffer as a result of prior parasite exposure [1]. On the other hand, parental effort may be lowered in the presence of ectoparasites if it is tuned to the reproductive value of children. Given the projected trade-off between current and future reproduction, parents with lower current investment should instead increase their future investment.

The fitness function, which ties present effort to future reproductive success, determines whether parents decide to make up for the parasites' effects on current reproduction. Most host-parasite systems are not aware of these roles, but current research indicates that great tits affected with hen fleas should intensify their existing reproductive efforts [2]. The experimental evaluation of the impacts of parasites on both current and future reproductive success, and in particular the measurement of lifetime reproductive success as a close fitness correlate, is thus necessary for the estimation of parasiteinduced fitness decrease. As opposed to the fixed plot design, the alternating design was used in 1997 and 1998, whereas these nest boxes were used in additional trials in 1999 and 2000. The experiment included all broods that were started, including late, second, and replacement broods.

It was determined when the eggs were laid, when the incubation period began, and when they actually hatched. Using an infrared-sensitive video camera as reported in Christe, Richner, and Oppliger 1996, parental feeding rates were observed in 1997 and 1998, nine days after hatching. Nests with and without infestations were recorded simultaneously [3]. The first 30 minutes after the camera placement were not examined. During the ensuing 60 minutes, the rates at which male and female parents provided food were recorded. The breeding partners from the first and second recorded breeding attempts were discovered in 83 females. The following year, 44 of the recaptured females bred with another male. Breeding partners can pass away from year to year, therefore divorce may not be the only factor in the change of partners. Therefore, we looked at females who had children with another spouse for unclear reasons separately from those whose divorces were confirmed.

Since emigrant and non-breeding partners, as well as partners breeding in natural cavities, were not documented, the estimate of confirmed divorce understates the genuine divorce rate [4]. In the presence of long-cycled hen fleas, female great tits drastically reduced egg production and extended the nesting period. This result disagrees with theoretical models that suggested that in the presence of long-cycled parasites, the clutch size should be increased and the nestling period should be lengthened in order to lessen the parasite impact per nestling. In the presence of long-cycled parasites, it is proposed that the net increase in condition will be positive as long as the next parasite generation doesn't hatch. Therefore, a longer nesting period may lead to comparatively better offspring health and a greater recruitment to survival ratio [5].

With the number of breeding attempts in infested nests, both the overall number of fledglings and the number of local recruits per female considerably reduced. Only 32% of the individuals taken in 1997 remained alive until 2001, demonstrating that the complete life span of the majority of adult great tits in the investigated population may be covered by assessing the impact of hen fleas over 4 consecutive years. Therefore, the current work provides experimental evidence that females were unable to offset the adverse effects during a subsequent breeding attempt and that hen fleas decrease the host's lifetime reproductive success. Fleas also affect female but not male dispersal and increase parental reproductive costs by lengthening the nestling period. In contrast to what was discovered in other species, fleas had little to no impact on subsequent reproduction. Our study actually underestimates the observed, considerable negative effects of hen fleas on lifetime reproductive success because fleas increase the likelihood of nest desertion and parents of abandoned nests could not be identified. However, our findings indicate that parents were unable to entirely offset the deleterious effects of fleas during future attempts at reproduction, and we did not uncover evidence to suggest that fleas affect hosts differently every year. 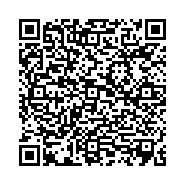