Early and asynchronous puberty is induced in lean female mice with hyperinsulinemia.

Leptin, a hormone formed from fat, is thought to act as a brainto- adipocyte communication to lower food intake and body weight. Acute therapy greatly corrects hypogonadism in mice who have been deprived for two days without changing body weight, while chronic leptin administration restores puberty and fertility to mice with total leptin deficiency. Therefore, leptin might be a crucial signal that connects obesity and reproduction.

We investigated the effects of once-daily injections of recombinant leptin on the onset of puberty in female mice weaned on day 21 and fed ad libitum because body weight and adiposity appear to play a critical role in the timing of puberty in humans and rodents, and leptin levels rise with increasing adiposity. Throughout the experimental period, body weight increased linearly; this trend was unaffected by the amount of leptin administered. Three traditional pubertal parametersvaginal opening, estrus, and cycling-began earlier in leptininjected mice than in saline-injected controls. The maturation of the reproductive axis in healthy rodents is shown to be accelerated by leptin, the first peripheral chemical to do so. The timing of puberty may be significantly influenced by leptin, which we contend is the signal that tells the brain that energy reserves are enough to support the high energy demands of reproduction [1].

The development of the hypothalamus pituitary-gonadal axis culminates in puberty, which is characterized by alterations in the levels of circulating gonadotropins and sex steroids. Increased activity of the hypothalamus neurons that produce gonadotropin releasing hormone is the primary cause of the increased gonadotropin release that stimulates gonadal growth throughout puberty (GnRH) [2]. It is unknown whether puberty is caused by the absence of an inhibitor or the presence of an activator of GnRH neuronal activity, despite the fact that the GnRH neuron is influenced by a variety of circumstances. It is unknown what triggers the GnRH neuron to start the puberty process. It is generally known that nutrition affects pubertal development, and it has been suggested that reaching a certain body weight and adipose tissue mass will signal the start of puberty. Vaginal opening and estrus occur sooner in rats as a function of increasing weight and fat mass, and body weight in females is a stronger predictor of the date of puberty than is age in humans. Depriving oneself of food can also delay or stop puberty in humans and other species. The presence of a signal that is related to energy reserves and is capable of influencing the timing of puberty has not yet been proven, despite the possibility that a signal related to energy stores or adipose tissue mass may be involved in this process [3].

Our comprehension of the connection between adipose tissue and energy balance has increased with the recent discovery of leptin, a gene product associated with obesity. Adipose cells produce leptin, which is thought to act as a negative feedback signal to the brain, causing a reduction in food intake, an increase in energy use, and resistance to obesity. Leptin is produced by adipose cells. Circulating leptin also appears to play a significant role in the neuroendocrine axis, including the regulation of reproduction, in addition to what has been proposed to be its principal function. ob/ob mice with total leptin deficiency show infertility in addition to hyperphagia and morbid obesity, which is consistent with this concept. In addition to lowering food intake and weight in ob/ob mice, chronic leptin therapy also promotes fertility and puberty [4].

This finding in ob/ob mice shows that chronic leptin repletion can counteract the negative effects of total, lifelong leptin deficit, but it does not specify a physiological role for leptin in the control of the reproductive axis. Leptin levels drop during starvation, which is a physiological state. We recently demonstrated that leptin therapy significantly reduces the prolonging of diestrus caused by 48 hours of fasting.

Leptin serves as a crucial link between diet and the reproductive axis in sexually mature mice. By demonstrating that leptin therapy of healthy, prepubertal female mice speeds up the beginning of puberty as assessed by vaginal opening, estrus, and cyclicity, we significantly extend these findings in this study. It's important to note that leptin affects puberty even though it has no impact on body weight. Therefore, leptin, a crucial signal connecting energy reserves to the reproductive axis, may be a key determinant of when puberty occurs.

The timing of puberty, which involves a complicated interaction between genetic and environmental factors including diet and housing, is essential to the control of population growth and density. It is well known that reproduction and energy homeostasis are related. Puberty, cyclicity, pregnancy, and breastfeeding are all impacted by nutrition, which is also a key factor in population increase [5]. 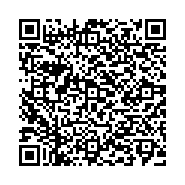