Ear Mite Infestation in Two Dogs and its Therapy

Two dogs were referred to the clinic with the history of severe itching around the ears since 20 days. Clinical examination revealed intense pruritus around the ears, head shaking, alopecia and coffee coloured cerumen. Haematology results were within normal range except for eosinophilia. Examination of the dark coloured cerumen revealed exist Otodectes mites. Hence, dogs were treated with oral ivermectin along with supportive therapy and after 16 to 18 days of therapy dogs were free from pruritus.

Ear mites are external tiny parasites which live mostly inside the ear canal causing severe irritation and inflammation. Otitis externa is characterised by inflammation of the epithelium of external auditory canal. Ear mites are primary causes for the development of otitis in dogs. Otodectes cynotis mites are comparatively large, very active and highly contagious to the different species of animals which includes dogs (Scott et al. 2001). Mites are obligate parasites which inhabits the vertical and horizontal ear canals of dogs and cats. Inside the ears mites cause mechanical irritation which leads to development of the favourable environment for secondary infections (Gotthelf, 2000). Due to severe irritation and scratching of ears leads to rupture of the blood vessels inside the ear finally leads to formation of ear hematoma (Curtis, 2004). Present study reports about the otitis due to Otodectes mite infestation and its successful management.

Eighteen month old, two female Pomeranian dogs were referred to the Teaching Veterinary Clinical Complex, College of Veterinary Science, Proddatur with the history of severe itching around the ears, head shaking and alopecia since 20 days. Both the dogs were belongs to the same owner. Clinical examination revealed intense pruritus around the ears, head shaking, and erythematous lesions over the inner margins of ear. Both the ears showed the dark waxy and crusty discharges with coffee coloured cerumen.

Skin scrapings, cerumen, tape impression smears and hair plucks were collected from the lesions for laboratory analysis. Cotton tipped swabs are used for collection of cerumen. Whole blood was collected for routine examination (Reddy et al. 2015., Sivajothi et al. 2015). Examination of the dark colour cerumen revealed the presence of the live mites and based on the morphological features mites were diagnosed as Otodectes spp. (Soulsby, 2005., Griffin, 2006).

Condition was diagnosed as otitis due to Otodectes mites and treated with oral administration of [email protected] μg/kg body weight once in a day, twice daily application of ear drops (@6 drops/ear) which contains chlorhexidine, weekly twice external application of amitraz (12.5%) @4 mL of solution in 1 L of water all over the body and weekly twice shampooing with shampoo containing miconazole and chlorhexidine. Improvement in the condition was assessed based on the reduction in the intensity of the mites, pruritus and type of otic discharges observed by the owner. 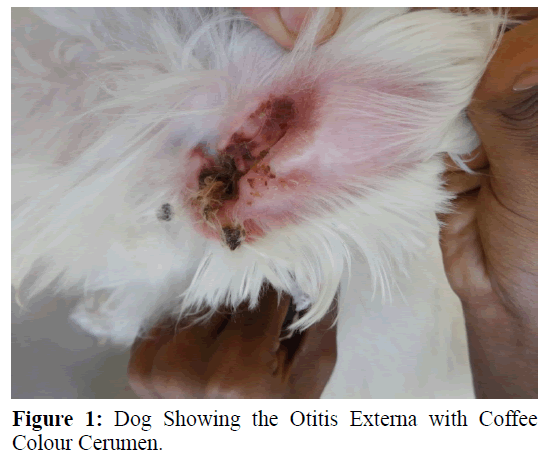 Treatment of the ear mites includes mechanical cleaning of the ear canal followed by administration of otic drops containing chlorhexidine. On the first day of presentation pruritus was severe and it was reduced by the 8th day of therapy and it was completely reduced by 16th to 18th day of therapy. Examinations of the ear discharges were negative for the mites on 16th day of presentation. But therapy was continued for two more weeks. Drugs against mange mite effects only adult mites and they cannot penetrate the eggs of the mites. According to the lifecycle of mites, minimum of three weeks period for treatment is recommended (Souza et al. 2008). No recurrence was noticed during the observatory period of 3 months.

The clinical signs observed in the study were in concurrent with the reports of Salib and Baraka (2011) and diagnosis of mites in ear discharges were in association with Souza et al. (2004 and 2008). Identification of the primary or predisposing cause is very essential to manage otitis in dogs and if, fail to find the primary cause leads to recurrence of the condition. In the present study presence of Otodectes mites are responsible for development of the otitis (Solib and Baraka, 2011).

Ear mites feed on superficial debris, cerumen and hypersensitivity also observed due to the secretions. Frequent scratching of ears due to pruritus causes aural haematoma. Sometimes mites move away from the external ear canal on to the skin and hair of an inter scapular region, head, base of the tail and paws (Rodriguez et al. 2003). In the present study, oral ivermectin was advised because of owner’s convenience. Ear drops containing chlorhexidine was selected to treat secondary bacteria and yeast developed due to mite irritation in ear canal. External application of amitraz was done all over the body to treat the mites who were present in the remaining body regions other than ears (Figure 2). 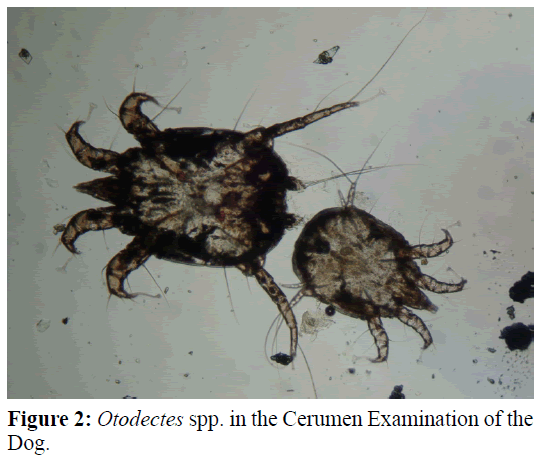 Figure 2: Otodectes spp. in the Cerumen Examination of the Dog.

Otodectes mite infestation was diagnosed in two dogs suffering with chronic otitis and it was successfully treated with oral ivermectin and otic drops containing chlorhexidine. In the present study mite infestation was confirmed by microscopic examination of the mites collected from the dark coloured cerumen from the both the ears.

Authors are thankful to the authorities of the Sri Venkateswara Veterinary University, Tirupati for providing necessary facilities.