Objective: Type 2 Diabetes Mellitus (T2DM) is a leading health problem worldwide. In this study, we aimed to identify the pathways significantly relevant to T2DM, and a brief review based on these pathways was made.

Materials and Methods: The genes associated with T2DM were extracted by text mining tool from literature database. Then we employed the Fisher’s exact test based on the cumulative hypergeometric distribution to evaluate the pathways relevant to T2DM.

Result: A total of 135 genes associated with T2DM were confirmed and 76 pathways significantly relevant to T2DM were identified from 880 cellular pathways. These 76 pathways could be classified mainly in five classes: adipocytokine, inflame, PPAR, insulin and T2DM pathway. Adipocytokine pathway from KEGG database was the most relevant pathway.

Conclusion: Disregulation of adipocytokine and inflammatory pathway is the hallmark of T2DM originated from the organism in the status of excess energy over long time span.

Type 2 Diabetes (T2DM) has become a leading health problem worldwide. According to the International Diabetes Federation, the total number of the patients with diabetes is predicted to rise to 552 million by the year of 2030 [1]. Furthermore, the patients with T2DM tended to develop cardiovascular disease and other vascular complications such as peripheral vascular disease, diabetic nephropathy, and diabetic retinopathy and so on. It is widely accepted that T2DM is a complex disease as a joint action of genetic background and environmental factor. Therefore, great efforts have been made to identify the genes associated with T2DM, and a number of genes have been identified. The genes always performed biological function in cooperation way rather than alone, particularly in complex diseases. In the development of T2DM, the signaling pathway of pathological mechanism was more important than individual genes. Admittedly, there were a great number of signaling pathways related to T2DM, which were discussed in the medicine literature database.

In this study, we reviewed signaling pathways related to T2DM, which was identified as dysregulated pathway associated with disease [2-5]. As refer to system review, meta-analysis was also employed to evaluate the parameters from different studies. The genes associated with T2DM by text mining tool were extracted from literature database. Then we employed the Fisher’s exact test based on the cumulative hypergeometric distribution to evaluate the pathways relevant to T2DM.

All of the pathways with the gene members were downloaded from an integrated pathway database Molecular Signatures Database (MSigDB) [6], which is a large collection of annotated functional gene sets. There are 880 canonical pathways with 6804 genes members in the database, including the metabolic and signaling pathways collected from Biocarta (www.Biocarta.com), KEGG [7], and Reactome [8].

Extraction of genes related to T2DM from the literature

We searched candidate genes associated with T2DM by PolySearch text mining system, which can produce a list of concepts relevant to the user’s query by analyzing multiple information sources including PubMed, OMIM, DrugBank and Swiss-Prot. It covers many types of biomedical concepts including diseases, genes/proteins, drugs, metabolites, SNPs, pathways and tissues [9]. The query type is ‘Disease-Gene/ Protein Association’ and the query keyword is ‘type 2 diabetes’. PolySearch system returns 1325 literatures. To check the accuracy, we manually confirmed whether these genes were associated with the T2DM. Finally a total of 135 candidate genes were obtained (Table 1).

To examine the association of the pathway with T2DM, Fisher’s exact test based on the cumulative hypergeometric distribution was employed. The P-value was calculated to evaluate statistical significance of a given pathway by the formula as follow.

Of eight hundreds and eighty pathways, three hundreds and seventy four pathways contain at least one gene of the one hundred and thirty five genes related to T2DM (Table 2). Seventy six pathways statistically associated with T2DM were identified (p<0.05, Table 2).

Table 2. 374 pathways which contain at least one gene related to T2DM and their P-value.

Table 3. The categorical frequency of other 66 pathways associated with T2DM.

Table 4. Class of other 66 pathways associated with T2D.

Adipose tissue is a heterogeneous mix of adipocytes, pre-adipocytes, immune cells, and endothelium [10]. Adipocytokine refer to the cytokines secreted from adipose tissue. There are three kinds of adipocytokines (Leptin, Adiponectin and TNFα) in the adipocytokine pathways from KEGG database. Increased adiposity is associated with decreased adiponectin secretion and positively correlated with leptin production. Leptin and its receptor play roles in food intake and energy balance [11]. The binding of leptin to its receptor initiates a phosphorylation cascade that results in transcriptional activation of target genes of STAT5 and STAT3 and activation of the PI3K pathway, the MAPK/ERK pathway, and mTOR/S6K pathway. Leptin regulates energy intake and metabolic rate primarily by its effect on hypothalamic nuclei and exerts its anorectic effects by modulating the levels of neuropeptides such as NPY, AGRP, and alpha-MSH. Adiponectin has beneficial effects on insulin sensitivity to lower plasma glucose and Free Fat Acids (FFAs) improvement. These effects are partly induced by adiponectin-induced AMPK activation, which in turn stimulates skeletal muscle fatty acid oxidation and glucose uptake. The proinflammatory cytokine TNF-α has been implicated as a link between obesity and insulin resistance. TNF-α may inhibit IRS1 tyrosine phosphorylation by promoting its serine phosphorylation.

Inflammation is a protective response to infection or injury by immune system that requires communication between different classes of immune cells to coordinate their actions. Each of these cell types communicates with other immune cells using secreted factors called cytokines, including interleukins, TNF, and the interferons. Inflammation can be classified as acute or chronic, local or systemic. Chronic low-grade inflammation, which is characterized by the production of abnormal adipocytokine such as TNF-α, IL-1, IL-6, leptin and adiponectin, is frequently observed in obese individuals. These factors inhibit insulin signaling and are involved in the development of insulin resistance, which increases the risk of T2DM. MCP-1 is one of the chemo attractants secreted from adipocytes, which plays an important role in the recruitment of macrophages to the adipose tissues. Moreover, obesity is associated with increased plasma levels of MCP-1 and overexpression in adipose tissue [12,13]. The macrophages which reside in adipose tissue are responsible for the expression of most tissue’s TNF-α and IL-6. The expression of macrophage markers in human adipose tissue is high in the subjects with obesity and insulin resistance, and is correlated with the expression of TNF-α and IL-6 [12,14].

PPARs are ligand activated nuclear hormone receptors that are activated by fatty acids and their derivatives. There are three kinds of identified PPARs, PPAR-α, PPAR-β and PPAR-γ. They work as the master regulators of glucose, lipids metabolism, energy balance and inflammation [15-17]. PPAR- α is highly expressed in tissues such as liver and skeletal muscle, where activation of PPAR-α results in the clearance of circulating or cellular lipids via the regulation of gene expression involved in lipid uptake, catabolism and homeostasis [18]. The primary effects of PPAR-β are involved in lipid oxidation and cell proliferation. PPAR-γ is highly expressed in adipocytes, skeletal muscle, liver and kidney. PPAR-γ enhances blood glucose and fatty acid uptake by regulating expression of genes that mediate adipocyte differentiation, energy metabolism and insulin action [19,20]. Accordingly, PPAR-γ activation results in an increase in insulin sensitivity and anti-inflammatory effects [21-23]. Dysregulation of PPARs contributes to the development of T2DM and Metabolic syndrome (Mets). Therefore, PPARs are important therapeutic targets in the clinical management of T2DM, obesity and Mets. PPARα agonists, such as fenofibrate, clofibrate and gemfibrozil, act as hypolipidemic agents and are clinically used for the treatment of hyperlipidemia, particularly hypertriglyceridemia associated with MetS, diabetes and diabetes-linked disease [24,25]. Likewise, Thiazolidinediones (TZDs), such as pioglitazone and rosiglitazone, which are specific ligands for PPARγ, act as insulin sensitizers and are currently marketed for the treatment of hyperglycemia in patients with T2DM [23,26].

T2DM pathway is the interplay of adipocytokine, inflammatory, PPAR and insulin pathway. T2DM pathway from KEGG database consists from 47 proteins, of which there are 20 members overlapped with these pathways (Figure 1 and Table 5). The significant overlap members, in another word, the nodes of these pathways are TNF (from 4 pathways: adipocytokine, inflammatory, PPAR and T2DM), ADIPOQ (from 3 pathways: adipocytokine, PPAR and T2DM) and IRSs (from 3 pathways: adipocytokine, insulin and T2DM) (Figure 1). FFA and TNF-α induce insulin resistance through inhibition of IRS1 functions by various kinases including ERK, JNK, IKK-β, PKC and mTOR. Adiponectin has beneficial effects on improving insulin sensitivity. Increased adiposity is associated with decreased adiponectin secretion and leads to insulin resistance. Insulin resistance leads to chronic hyperglycemia. The combined effects of excess nutrient load, hyperglycemia and cytokines induce multiple defects in beta-cells [27]. 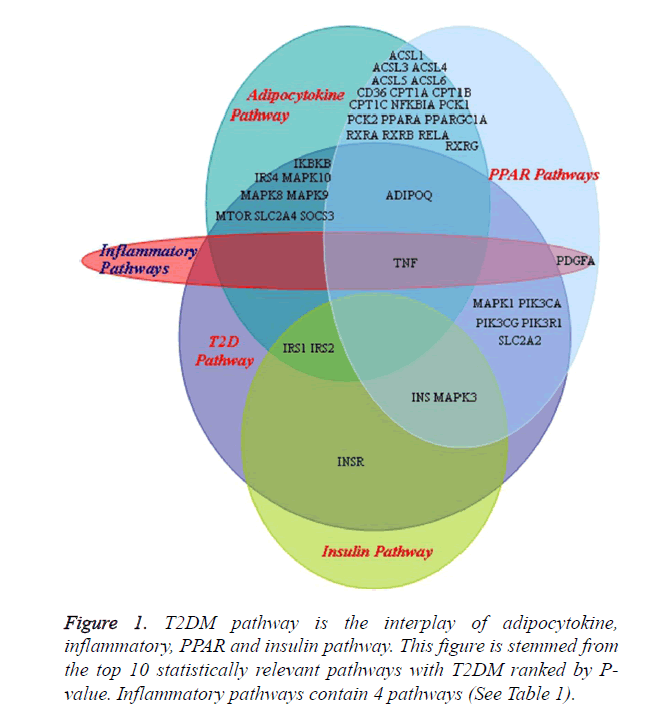 Table 5. Members in the top 10 pathways.

Energy metabolism exists in all organisms. Mammals obtain energy from nutriment. The supply of nutriment and the energy demand for animal is variety. Thus, a delicate mechanism for energy metabolism to regulate energy balance has been developed in the long journey of biological evolution. For most wild animal and even human in the ancient times, scarcity of food and obtaining food by arduous physical activity are their theme. How did they survive from the short period of food scarcity? Adipose tissue acted as an optimum pattern to store energy occurred. In fed states, high levels of nutrients and growth factors drive lipid uptake in adipose tissue, while in fasting state, adipose tissue release fatty acids into the circulation. These fatty acids are generated by the breaking down of triacylglycerols, which contain more energy per unit mass than carbohydrates and can essentially be stored anhydrously. Triacylglycerols are stored as energy material in adipose tissue, which is very efficient. Phenotype of obesity is a result of enough triacylglycerols stored in adipose tissue. It is a beneficial trait as a result of nature selection for organism’s survival under rigorous condition [28,29].

Phenotype of obesity considered as a beneficial trait and insulin resistance considered as a beneficial mechanism are the results of nature selection in the long journey of biological evolution [32]. However, they became arch-criminal of T2DM and Mets currently. The reason should be that the mammals adapt to the rigorous condition of food scarcity and obtain food by arduous physical activity. All molecular mechanisms have been tailored in this condition. Suddenly, this scenario changed. People nowadays enjoy the redundant food with sedentary life style. Organism cannot adapt to the status of excess energy over a long time span. It coincides with our result in this study. Obesity leads to dysregulation of adipocytokine pathway, moreover, it leads to insulin resistance by impaired insulin signaling pathway. Insulin resistance leads to chronic hyperglycemia. The combined effects of excess nutrient load, hyperglycemia and cytokines induce multiple defects in beta-cells [27]. Insulin resistance is a major factor in the pathogenesis of T2DM.

Our result suggests that analysis of pathway is a helpful way to facilitate us to understand the mechanism of T2DM. T2DM is the result of dysregulated energy metabolism originated from the status of excess energy over a long time span. Dysregulation of the adipocytokine and inflammatory pathway is the hallmark of this status, which lead to insulin resistance by impaired insulin signaling pathway. Chronic hyperglycemia induces defects in beta-cells and T2DM.

This work has received support from Open Subject of Key Laboratory of the Xinjiang Uygur Autonomous Region, Subject Number: 2015KL006.