Dynamics of parasitic diseases and the environmental and sanitation context in cities of the Brazilian Amazon.

The Brazilian Amazon has been an area of concern since the beginning of the development of modern public health in Brazil. The parasitic diseases of populations of the Amazon region are one of the parameters used to determine the extent of the total area of the aquatic environments (rivers, lakes, floodplains) of the Brazilian Amazon, which cover 300,000 km2. The aquatic environment is important for health due to the infectious processes that rely on water transport [1]. The interactions between the atmosphere and the forest, which have a significant role in the production of rainfall in the region, are of great importance [2].

The Amazonian winter is an important regulating factor of biological processes, especially those related to infectious diseases. Rainfall predominates in this period and the volumes of rivers and floods in some cities and towns in the region increase, leading to the occurrence of parasitic diseases which can be classified into categories relating to the environment in which they are transmitted, such as those related to water, excreta (sewage), garbage and housing. Of the numerous Amazonian parasitic diseases, notable illnesses of the Amazonian winter include: Amebiasis, Giardiasis, Ascariasis, Schistosomiasis, Dengue, Chikungunya, Zika and Malaria.

Another parasitic disease that is becoming frequent in Brazilian Amazonian communities are cases of Serpiginous Dermatitis and Pruriginous Dermatitis, where the main etiological agents are Ancylostoma braziliense and Ancylostoma caninum, parasites of the small intestine of dogs and cats, animals that live by the riverside and whose feces enter the perimeters of housing areas with the increase in water levels.

The constitutional mandate guides the creation of public sanitation and sewage policies in Brazil. Articles 23, 196 and 225 of the Federal Constitution contain provisions that deal with sanitation, health services and environmental protection, while Articles 21, 25, 30 and 182 govern the competences of the federal entities (the Union, the states, the Distrito Federal (Federal District) and the municipal regions). This is explained by the federative pact, and the guarantee of the relative autonomy of the administrative spheres, although it is necessary to resort to infra-constitutional norms in order to develop policies.

In the North region of Brazil, only 16.42% of sewage is treated, and the total coverage level is 8.66%, the worst index among all regions in Brazil [3]. Of the nine states that make up the Legal Amazon, six are in the North region (Acre, Amazonas, Amapá, Pará, Roraima and Rondônia). The state capitals have already established their sanitation plans, and occupy low positions in the Sanitation Ranking–The 100 Largest Cities in Brazil (SNIS 2015) [4]. The other municipal regions are also lacking, contributing to the spread of parasitic diseases related to the absence of basic sanitation.

In towns and cities in the Amazon where there is precarious sewage and garbage collection, it is possible to detect the proliferation of insects that are possible mechanical vectors of helminths in homes. These vectors can carry the eggs of Oxyuridae, Ascaridae, Nematode larvae, Cestoda, Toxocaridae, and Nematoda [5].

When basic sanitation and sewage is related to the health service, the limitations and deficiencies in notifications can be clearly seen. The Amazon region also has a poor public health service coverage rating, both in state capitals and in rural areas. The average number of doctors per thousand inhabitants receiving care under the Unified Health System (SUS) is 3.1 in the North and Northeast regions, 1.9 in the South and 2.4 in the Southeast, while the better qualified professionals are concentrated in the more economically developed regions [6]. The territorial size, low population density and logistical challenges faced by the population to reach hospitals, medical centers, increases the problem of the deficiency in notifications. 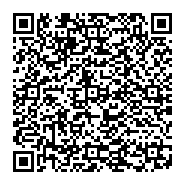