The aim of the present study was to determine the dietary-related habits among adults in a Saudi suburban population. A cross-sectional study was conducted during June and July 2002 in Khashm Al-aan area (a suburban community west of Riyadh, Saudi Arabia). Out of the ten satellite clinics in this area, five were selected randomly. All consecutive attendees older than 18 years were inter-viewed using a prepared questionnaire. A total of 451 people were included. Their ages range from 18 to 77 years (1:2 male to female ra-tio). The lunch was the most meal people try to be punctual with (91.7%), while breakfast was the meal most skipped. Around half of the participants eat extra meals regularly. More than three quarters (78%) do not take meals from outside, and (84.5%) do not take fast food. Most of participants were skim chicken but did not trim meat. Chicken were the most frequently type of meat, while camel, fish, and beef meat were not served commonly. The quantity of salt, and oil used in cooking were mostly moderate in quantity (59.9%).The type of fat and oil used were mostly of vegetables source (83.9%). Juices were not served at all by 39.3%, while only 10.3% drank it seven times or more per week. There is a growing need to study and define knowledge and attitude of this type of community, in order to lead them towards a healthy diet.

Nutrition affects and defines health of people. It contri-butes significantly to the development of the major non-communicable diseases such as cardiovascular diseases, certain cancers, hypertension, obesity and diabetes type 2 [1,2].

Dietary related habits vary when moving from different regions of the world to another and this variation goes along with the variety of foods available [3]. Food and Agriculture Organization reported an increase in calories consumed during 1971-1997 in East Mediterranean Re-gion mainly from animal [4]. Over the same period, daily per capita fat intake increase was ranging from 13.6% in Sudan to 143 % in Saudi Arabia [5].Saudi Arabia under-going a rapid urbanization changes. This has a direct im-pact on its people dietary habits. Dietary surveys in Saudi Arabia are few. Most of which had focused on the nutri-tional adequacy of type of food, more than studying the dietary related habits per se. National studies observed frequent skipping meals with substitution of daily snacks, and most of these snacks are high in calories and low in nutrients [6,7,8,9]. In 1967 a survey reported that families in a settled area consumed more meat, vegetables, fruits and milk than families in semi-settled and nomadic com-munities who lived mostly on bread, rice and dates with little variation [6]. AL-Sudairy et al reported that, around 64% of Saudi aged 16 to 25 years old missed one or more of their daily meals, dinner was skipped the most 28%, followed by breakfast 20%, and lunch skipped by 15%. Eating-between-meals habit was found to be common among the majority (72.3%) [7,8]. Therefore, there is a need for a more dietary research in Saudi Arabia, to detect the prevalent dietary habits and practices to design more suitable preventive programs.

The purpose of the study was to find out the dietary habits among inhabitants of a suburban community in Saudi Arabia.

This is a cross-sectional study, conducted during June and July 2002 in Khashm Al-aan area on primary health care clinics attendees older than 18 years old. Khashm Al-aan is a suburban community, located west of Riyadh of 55000 populations. Khashm Al-aan community has one central polyclinic and ten primary health care satellites clinics. Five satellite clinics were selected randomly. Fourth year’s family medicine trainees interviewed all consecutive attendees older than 18 years old using a pre-pared questionnaire. The Questionnaire constitutes 44 items and divided into three parts; the socio-demographic characteristics, the general dietary habits, and the one-week recall of the dietary habits of the study population. Participants’ autonomy and confidentiality were highly respected and maintained throughout the study. The par-ticipants were given the choice to withdraw from the study at any time. Data was entered, and analyzed using Statistical Package for the Social Sciences (SPSS version 11) software. All appropriate testes were used at 5% level of significance. Table 2, shows the dietary habits. The majority were not on diet (86.2%). Most of them skin chicken but they do not trim meat. Around two-thirds do not watch TV while eating. The quantity of salt, and oil used in cooking were most of the times mentioned as moderate (59.9%). The type of fat and oil used were mostly of vegetables source (83.9%). The purpose of this study was to assess the dietary habits of adult population in Kashm-Alaan suburban community of Saudi Arabia. It suggests that there is a room to adopt a more healthy diet habits.

Unlike the majority of previous studies, which was cond-ucted on urban areas, this study has been conducted on settled tribal families of nomadic origin. However, it might not represent the Saudi community dietary habits as a whole. Despite this limitation, the fact remains that it would reflect the dietary habits of similar communities nationally, regionally and globally. The general subjective feeling of majority of the study people made them admit that they are using salt and oil only in moderate to little quantity, which constitutes a good healthy practice. Using ghee is less than what has been reported by Khattab et al’s where in their study, it has been reported that two thirds of females and one third of males in Aseer Region were eating rich fat diets [10] .This could be observed as an urbanization effect, as ghee (Samn Baladi) is served mostly in rural areas.

Around a half of the participants in this study do not skin chicken, (81.2%) do not trim meat, (93.1%) drink Arabic coffee, and (61.2%) don’t eat while watching TV. This might reflect the general social and dietary practice habits among the study population. Lunch was the most frequent meal people try to be punctual with. However, despite of the importance of breakfast, it was the meal most skipped. Parveen et al [11] reported that one third of young Arab women were observed to miss breakfast. This tendency is of a health concern regarding the non-replenishment of lowered morning blood sugar levels, with its effect on mental concentration. [7,12,13]. Around half of the sam-ple took some fruits and dates regularly seven days per week, this could be due to frequent social gatherings in which extra small meals are served. Rasheed et al re-ported that around (25.7%) of all Saudi women were snaking two or more times/day [14]. Chicken is widely available in affordable prices. Therefore, it would not be surprising, to find out that chicken were the most fre-quently type of meat taken by the study population. Fish as the trend of inland communities, is less frequently eaten. Interestingly, the camel meat (which is considered as a delicacy by certain groups of Saudi people such as the nomadic and rural communities), is not eaten by (85.4%). This is again could be perceived as an urbaniza-tion effect.

Eggs, vegetables, green salad, and fruits are becoming an important food item in the Saudi diet a trend that was supported by other studies [7,8,14]. Around one third of the whole group drinking soft drink .This is of concern as recent research indicates that middle-aged adults, who drank more than one soft drink daily, either diet or regular, have a more than 40 percent greater rate of either having or developing metabolic syndrome, a cluster of conditions that increase the risk for heart disease [15].

The present study illustrates our challenge ahead, which includes the need to study the knowledge, and attitude of this type of community towards a healthy lifestyle Inter-vention programs to promote healthy dietary habits among Saudi population are badly needed. 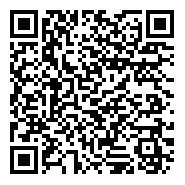