Methods: Seventy-seven patients pathologically diagnosed with lymph node-negative breast cancer were recruited in the breast cancer group and 33 healthy counterparts in the control group. The serum level of TRACP5b was quantitatively measured by Enzyme Linked Immunosorbent Assay (ELISA). The serum levels of CEA and CA-153 were detected by Electrochemiluminescent Immunoassay (ECLIA) and statistically compared between two groups.

Conclusion: Compared with CEA and CA-153, serum TRACP5b yields a higher sensitivity. As one of the serum biomarkers, TRACP5b can be used for the diagnosis of bone metastasis in patients with lymph node-negative breast cancer.

Clinical prognosis of lymph node-breast cancer patients is relatively favorable. Due to the disparity of tumor biomarkers, approximately 30% of lymph node-negative breast cancer patients have a risk of recurrence, metastasis and even death [1]. Bone is the second most common site of metastatic spread in breast cancer and accounts for the highest proportion of first site of relapse in these patients [2]. The annual rate of bone metastases development is higher in node-positive and in estrogen receptor-positive patients [3].

As the disease progresses, almost 70% of patients will develop bone metastases [4]. The median 5 y survival from the diagnosis of bone involvement is 20%, with major causes of morbidity the skeletal related complications, such as pathologic fractures, hypercalcemia and spinal cord compression [5]. Early detection and treatment is of utmost importance, as bone metastasis may influence the quality of patients’ life. At present, detection of serum levels of CEA and CA-153 has been widely used to diagnose the metastasis of breast cancer.

However, the sensitivity of two biomarkers is reported to be relatively low. Plain radiographs remain a conventional method for the diagnosis and follow-up of skeletal involvement while bone scintiography is also used as a whole-body imaging technique with extreme sensitivity. However, advanced-stage bone metastasis can be identified by radiograph examination, which severely affects the clinical outcomes. Tartrate Resistant Acid Phosphatase 5b (TRACP5b), mainly derived from osteoclast, activated macrophages and neurons, has been proven to play a role in reflecting the quantity and function of osteoclasts [6]. It has been hypothesized that TRACP5b is associated with osteoblast migration to bone resorption sites, and TRAP is believed to initiate osteoblast differentiation, activation, and proliferation.

The aim of the present study was to determine the diagnostic validity of serum levels of TRACP5b, CEA and CA-153 in predicting skeletal metastases in patients with lymph nodenegative breast cancer.

Seventy-seven breast cancer patients admitted to the Department of Breast Surgery of our hospital between June 2012 and June 2015 were recruited into the breast cancer group. Patients were aged from 29.0 to 73.0 y with a median age of 52.6 y. Among them, 37 cases were premenopausal and 40 were postmenopausal. Prior to surgery, all patients received color ultrasound, CT and MRI examinations. All patients had neither distant metastasis nor lymph node metastasis. They were classified into I-IIa stage breast cancer. Thirty three healthy individuals during breast examination were assigned into the control group including 16 premenopausal and 17 postmenopausal. They were aged from 28 to 57 y with a median age of 46.2 y. No statistical significance was noted between two groups in terms of age and menstruation status, etc. Those with a history of bone fracture, osteoarthritis, rheumatism or osteoporosis in the recent 6 months were excluded from this study. A portion of 3 ml of peripheral blood specimen was collected in the early morning, kept at room temperature for 30 min and centrifuged at 3000 r/min at 4°C for 15 min, restored at -80°C for subsequent analysis within 10 d after sampling collection and preparation.

Written informed consents were obtained from all participants. The study procedures were in accordance with the ethics committee of our hospital.

Prior to ELISA detection, all solutions were restored and balanced at room temperature, and reacted at 18-22°C. The expression level of TRACP5b was quantitatively detected by ELISA strictly according to the manufacturers' instructions. The levels of serum CEA and CA-153 were determined by using electrochemiluminescent immunoassay according to the manufacturers' instructions.

For healthy female subjects, the serum level of TRACP5b should be <4.15 U/L, CA-153<25 U/ml and CEA<4.3 ng/ml. The values exceeding the threshold range are defined as positive outcomes.

Comparison of serum levels of TRACP5b, CA-153 and CEA

Both ELISA and electrochemiluminescence immunoassay demonstrated that the expression levels of TRACP5b, CEA and CA-153 in the breast cancer group were equally significantly higher compared with those in the control group (all P<0.05), as illustrated in Table 1.

Comparison of sensitivity and specificity of TRACP5b, CEA and CA-153 detection

Table 2. The diagnostic sensitivity and specificity of TRACP5b, CA-153 and CEA in detection of bone metastasis in patients with breast cancer (%).

Comparison of the scatter tendency of TRACP5b, CEA and CA-153

In the breast cancer group, the median level of serum TRACP5b was calculated as 4.06 U/L and the quartile range was measured from 3.21 to 5.19 U/L. The median concentration of serum CEA was 2.81 ng/ml and the quartile range was between 2.12 and 3.09 ng/ml. The outlier value was detected to be 8.92 ng/ml. The median value of CA-153 level was 18.71 U/ml and the quartile range was between 12.61 and 24.62 U/ml. Two outlier values were 127.8 and 73.1 U/ml. In both groups, the serum levels of TRACP5b remained stable and were found to be normally-distributed. The discrepancy between the TRACP5b level between two groups was insignificant and the scatter tendency of TRACP5b value was significantly less compared with those of CEA and CA-153 (both P<0.05), as illustrated in Figure 1.

Figure 1: Scatter tendency of Tracp5b, CEA and CA-153 in the breast cancer group.

In recent years, breast cancer screening has been widely implemented in many countries. Early screening and diagnosis breast cancer is able to significantly enhance the clinical prognosis [7-9]. Film mammography is recommended as the main screening approach, although it has limited sensitivity for the detection of breast cancer in women with radiographically dense breasts. Even though great progression has been achieved due to breast cancer screening, there is still a large quantity of patients with breast cancer metastasis left unidentified [10]. Metastatic bone disease is a frequent cause of morbidity and mortality in patients with advanced breast cancer. Bone metastases can cause severe skeletal morbidity including fractures and hypercalcemia, etc. Tumor cells in the bone are capable of inducing the activation of osteoclasts, which subsequently mediate bone resorption and release of growth factors from bone matrix, leading to a vicious cycle of bone breakdown and tumor proliferation. Wu et al. [11] retrospectively analysed the clinical data of 116 patients with bone metastasis of breast cancer in 20 years and concluded that approximately 63.4% of these breast cancer patients developed bone metastasis within 2 years after surgery. The identification of a highly discriminatory plasma protein profile could provide a tool for the early detection of bone metastasis. Bone metabolic markers are now expected to play a role in the diagnosis and follow-up of bone metastasis. It is recognized that the breast carcinoma affects skeletal metabolism associated with increased bone resorption with or without increased bone formation. The increase bone resorption rate in patients with breast cancer has been indicated significant alterations in an array of serum biomarkers. In this study, early breast cancer patients diagnosed with negative-lymph node were recruited as study subjects. Three serum biomarkers including TRACP5b, CEA and CA-153 were quantitatively measured and statistically compared between the healthy controls and breast cancer counterparts.

In addition, the values of TRACP5b testing remain stable and are found to be normally-distributed. The discrepancy among various detection results is insignificant and the scatter tendency of TRACP5b has been detected to be significantly less than those of CEA and CA-153, suggesting TRACP5b may serve as a novel prognostic factor of breast cancer complicated with bone metastasis. However, the sensitivity and specificity did not significantly differ between CEA and CA-153 testing, indicating that CEA and CA-153 do not differ in terms of the accuracy of prognostic diagnosis of breast carcinoma with bone metastasis. Subsequent follow-up demonstrated that 5 breast cancer patients are found to develop bone metastasis. All these 5 patients are detected to be positive for serum TRACP5b, which is consistent with the findings of Chao et al. [7].

Nevertheless, whether clinical intervention should be delivered for lymph node-negative breast cancer patients with positive TRACP5b remain to be investigated. Moreover, there is no consensus on the diagnostic criterion of TRACP5b, which is able to reflect the osteoclast activity and bone resorption. A reliable diagnostic criterion is urgently required for predicting the clinical prognosis of breast cancer women who are complicated with bone metastasis. The serum level of TRACP5b is influenced by multiple factors, such as age, gender spontaneous or secondary osteopathy, osteoporosis, osteopetrosis, hyperparathyroidism and hyperthyroidism, etc. [8]. A prospective, multi-center investigation with a large sampling size should be carried out to further validate the role of TRACP5b in predicting the clinical prognosis of breast cancer patients with breast cancer. 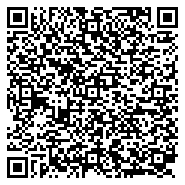