Diagnostic value of the pachymetry parameters measured by RTVueOCT for keratoconus

Background: This study aimed to investigate the diagnostic value of pachymetry parameters measured by RTVueOCT for keratoconus.

Conclusions: The pachymetry parameters measured by RTVueOCT can be used in diagnosis of keratoconus effectively.

Keratoconus is a noninflamed, chronic, progressive dilatated disease occurring in bilateral local cornea. The major characteristics of keratoconus are that corneal stroma in central and paracentral zone become thinner and conical macula. Moreover, the arc of corneal changes and leads to the formation of irregular astigmatism, myopia and scar. Generally, keratoconus may occur with monocular, and progress to binocular involvement. Clinical keratoconus is often accompanied with significant clinical manifestations and impaired vision [1], while the sub-clinical keratoconus has normal vision with slight or without any clinical manifestation, making it hard to be identified. Moreover, the morbidity of patients who undergo refractive surgery is about 5.7% [2,3]. For those who are not diagnosed with abnormal corneal dilatation before laser-assisted in situ keratomileusis (LASIK), their corneal dilatation may be promoted faster after operation, which has great impact on prognosis. Therefore, it is crucial to know clinical characteristics of sub-clinical keratoconus and general diagnostic criteria. Besides, accurately screening keratoconus before operation also plays an important role in completing corneal refractive surgery and preventing keratoconus effectively. Corneal topography based on placido plate principle is a standard method for identifying abnormal dilatation [4-10]. Quantitative index of corneal topography helps to diagnose sub-clinical keratoconus [11-14]. However, corneal topography examination cannot identify all sub-clinical keratoconus. Patients having normal morphology without any other risk factor may still progress to corneal dilatation after LASIK [15]. Furthermore, it is difficult to identify corneal deformation, non-pathological irregular astigmatism, epithelial deposition or scar, and uneven tear film caused by keratoconus and contact lens only by using morphology [16-18]. Progressive thinning of cornea is a typical pathological change and corneal thickness is also a clinical indicator of keratoconus. In clinical practice, it was found that corneal thickness might become thinner in the unaffected eye of keratoconus patient, even if corneal topography did not show any change. Therefore, precise pachymetry may be helpful in improving the diagnosis of sub-clinical keratoconus.

Corneal pachymetric features have been described since the optical pachymetry was available. Horizontal pachymetry profile in keratoconus has been described by Mandell and Polse [19] and corneal thickness spatial profile by using Scheimpflug technology [20]. Zeiss company in German first introduced the Visante OCT, designed for the anterior segment of the eye. The eidelberg company in German launched the anterior segment SL-OCT, combined with slit lamp examination technology [21]. Optical Coherence Tomography (OCT) is a novel optical diagnostic technique and can be used as non-contact and non-invasive coherence tomography in microscopic living tissues [22]. Fourier optical coherence tomography (RTVueOCT) (RTVuel00®, Optovue, America) is a new generation OCT based on Fourier technique with a minimum resolution of 5 μm. In addition, it has a rapid scanning speed and 10214 times of accurate scan can be completed within 0.04 s. Accurate pachymetry map and parameters for thickness can be obtained by using RTVueOCT for anterior segment check with a short scanning time and good comfort, thus the pain can be relieved during examination. Meanwhile, OCT resolution is higher than other imaging modes, which is able to draw normal and post-operational pachymetry map and presents image of non-transparent cornea [23]. OCT pachymetry has increasingly become the optimal choice to measure the corneal thickness.

At present, computer-assisted corneal topography detection system is the major technology used in diagnosis of subclinical keratoconus, which can not only reveal corneal surface shape through levels but also offer a plenty of measured parameters, such as corneal mean diopter, average corneal diopter with different diameter-circumference, surface regularity index and potential visual acuity. Moreover, TMS system is equipped with keratoconus diagnostics. The fact that corneal topography can be used for sub-clinical keratoconus has gotten clinical proven [24]. Smolek/Klyce index is indicated as keratoconus severity index (KSI). KSI is obtained by combinatorial analysis with backbone network model and tree analysis. KSI represents the severity of keratoconus which is linearly correlated with keratoconus course. It may be keratoconus if KSI>0.15; however, the keratoconus can be identified if KSI>0.3.

This study was approved by the Ethic Committee of Beijing Tongren Hospital (2012-05-1J), and complying with the Helsinki Declaration. All subjects gave their consent to participate in this study. Consent to publish has been obtained from the participant to report individual patient data.

Inclusion criteria for keratoconus group were as follows: 1) the patients who had a history of myopic and astigmatism; 2) Corrected Visual Acuity (CVA)<1.0; 3) abnormal alter of corneal topography and KSI>30%; 4) there was at least one positive reaction for the following manifestations in slit-lamp examination: a) corneal stroma is progressive thinning; b) corneal shows as cone shaped with forward exhibition like Munson sign; c) Fleischer annulus; d) Vogt line; e) conic node epithelio-scar or scar under the epithelium. Inclusion criteria for control group were as follows: 1) patients with myopia who came to our hospital for LASIK; 2) young adults aging from 18 to 40 years; 3) the patients who had normal corneal topography; 4) no other eye diseases.

Data were analysed by using SPSS 13.0 statistical software. The mean ± SD of each pachymetric parameter was calculated for both the keratoconus and normal groups. Continuous variables with normal distributions were compared by t test, whereas those with non-normal distributions were compared by the Mann-Whitney U rank sum test. P<0.05 was considered statistically significant. After that, pachymetry parameters with significant difference were drawn into ROC curve to determine the sensitivity and specificity in distinguishing patients in control group and in keratoconus group.

Note: a: this value is result by t testing; all p values without marking a were results of Mann-Whitney U test; all the pachymetry parameters were within 5 mm of optical center. Figure 1: The ROC curve of pachymetry parameters for diagnosis of keratoconus.

Note: all the pachymetry parameters were within 5 mm of optical center.

Note: all the pachymetry parameters were within 5 mm of optical center.

Currently, corneal topography is still a conventional method for screening keratoconus before corneal refractive surgery. Corneal curvature measured by conventional placido based computer-assisted corneal analysis system is converted according to specular reflection angle of front surface which is not the real corneal height. Besides, conventional corneal topographer is operated by assuming that measured optical axis, corneal fixed point and reference surface are in the common axis. Corneal vertex is often discrepancy with optical axis and the result may have some errors accordingly. As a new technique, the operation of OCT is based on different optical scatterings of ocular tissues; moreover, it takes on twodimensional image and makes quantitative analysis by adopting interference measurement. In addition, OCT is a noncontact technique with a high resolution in contrast with other testing methods. Except biological measurement and disease study for preocular structures such as cornea, anterior chamber angle and crystalline lens, OCT can also be used for the imaging and detection of retina and optic nerve. Moreover, it can be used for dynamic observation and real-time imaging during operation. The measured values in this study were obtained after operation by taking corneal vertex as the adjust center. The OCT pachymetric measurements were accurate and highly repeatable. The Fourier-domain OCT system used in this study was capable of a speed of 26,000 axial scans per second, which is 10 more times faster than the time-domain OCT systems based on original OCT technology. The 840 nm Fourier-domain OCT system also has an axial resolution of 5 μm, which is three more times better than a conventional 1310 nm time-domain OCT system. Faster scan speed can reduce data acquisition time, minimize eye movement during the scan, and improve repeatability of pachymetric measurements [25]. High-resolution Fourier-domain OCT was capable of mapping corneal, epithelial, and stromal thicknesses. Characteristic corneal and its sub layer thickness changes in subclinical keratoconus could be detected with a very high accuracy by using PSD variables. These new diagnostic variables might be useful in the detection of early keratoconus [26].

In the research done by Yan et al. [27], keratoconus was tested by OCT pachymetry map. Diagnostic criteria were confirmed by setting the parameter range from 1% to 99% of healthy adults. The diagnostic criteria included following contents: 1) irregular pachymetry parameters: SN-IT or S-I>45 μm; 2) corneal thickness of the thinnest location<470 μm; 3) local thinning parameters Min-Max value<-100 μm. Keratoconus should be considered in-patient with a single abnormal parameter. Keratoconus or other expansion lesions are likely to be considered when two or more parameters are abnormal.

In this study, the pachymetry parameters of Chinese population measured by RTVueOCT were obtained for comparison between keratoconus patients and healthy controls. The results of corneal thickness in keratoconus group and control group measured by RTVueOCT showed that differences of IT-SN, IS, MIN, MIN-MED and MIN-MAX were significant between keratoconus patients and health controls. Furthermore, variation trend of these parameters were associated with progress of keratoconus. In other words, IT-SN, I-S, MIN, MIN-MED and MIN-MAX may change along with the progress of keratoconus. Corneal thickness of the thinnest location for healthy controls was 539.15 ± 25.64 μm, which was similar to the result (546 ± 23.7 μm) of Li et al. [27]. However, Keratoconus thickness of the thinnest location 423.5 ± 58.72 μm was lower than the result (452.6 ± 60.9 μm) of Li et al. [27].

This research reveals that some pachymetry parameters measured by RTVueOCT can be used to improve diagnosis of keratoconus effectively. MIN, MIN-MED and MIN-MAX were the important parameters. MIN-MED and MIN-MAX of which AROC was 0.996 had maximal diagnostic efficiency. Thus, keratoconus could be identified by using MIN-MED, MIN-MAX and MIN values. Meanwhile, IT-SN and I-S can also be used to screen keratoconus. Besides, cut-off values of keratoconus group and control group can be calculated through these parameters, and keratoconus can be identified by using these cut-off values. 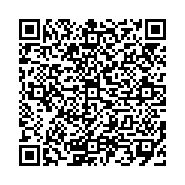