Diagnosis and management of amebiasis detection and therapy.

Amebiasis is more prevalent among immigrants and tourists returning from the developing world than it in males who have sex with men and immunosuppressed people in industrialised countries. It is possible to become infected by consuming food or water that has Entamoeba histolytica cysts, the parasite that causes liver abscess and amebic colitis. By damaging host tissues, the trophozite invades the intestinal epithelium and spreads illness. Amebic colitis is characterised by diarrhoea that typically involves occult or gross blood and frequently has a subacute onset with weight loss. The most accurate way to identify amebic colitis is through the identification of E. histolytica in faeces since the pathogenic parasite Entamoeba dispar and E. histolytica are visually indistinguishable. Men are 10 times more likely than women to have an amebic liver abscess. Patients typically report with several weeks of fever and right upper quadrant pain, as well as a history of alcohol addiction. The majority of people with liver abscesses do not also have dysentery. Most patients with invasive amebiasis are cured by standard therapy, which consists of metronidazole plus a luminal agent, and drug resistance has not yet been observed

E. histolytica is a nonflagellated protozoan parasite that forms pseudopods. The trophozoite variant of E. histolytica is invasive as well as an infectious cyst. The quadrinucleate cyst can endure several weeks in a moist environment and is resistant to desiccation and gastric acidity. Human tissue is only invaded by the trophozoite type. E. histolytica's biochemical pathways have some intriguing differences from those of higher eukaryotes, including the absence of glutathione, the use of pyrophosphate rather than ATP at several glycolysis steps, the presence of a special alcohol-aldehyde reductase, and the inability to synthesise purine nucleotides from scratch. The bottom branches of the eukaryotic tree, closer to Dictyostelium, are where Entamoeba is located according to a molecular phylogenetic analysis of eukaryotic species based on sequence comparisons of small subunit rRNA [1].

Ingestion of the parasite's cyst form results in infection. Studies of the distantly related reptile parasite Entamoeba invadens have helped scientists understand how cysts arise. E. invadens produces novel proteins and glycoconjugates during encystation, and parasitegalactose-containing molecules and receptors seem to play a role in controlling encystation. Eight trophozoites are released by the quadrinucleate cyst into the intestine, where they attach to colonic mucin glycoproteins with the help of a lectin that recognises galactose and N-acetyl-D-galactosamine (Gal/GalNAc)[2].

Compared to affluent nations like the United States, poor countries are far more likely to experience amebic colitis and liver abscesses. As a protozoan cause of death, E. histolytica infection is likely second only to malaria. The best estimate puts the number of amebic colitis and liver abscess cases at 40–50 million per year, with 40,000–110,000 deaths as a result. Africa, Asia, and Central and South America are where amebic infections are most common. For instance, the Mexican national serosurvey from 1987–1988 revealed a seropositivity rate of 8.4% for E. histolytica. In Mexico, there were 1216 fatal instances of E. histolytica infection during the year of the serosurvey, and there were an estimated 1 million cases of Amebiasis[3,4].

Since the vast majority of patients with invasive amebiasis in developed countries are immigrants from developing nations, serological tests may not be as specific as one would hope. The identification of serum antibodies to amebae is a crucial complement to antigen detection. The presence of antibodies to amebae can be very helpful in the diagnosis, particularly in the case of amebic liver abscess, when the majority of patients do not have detectable parasites in stool. 90% of the time, tests for ameba antibodies will detect an amebic liver abscess, and 70% of the time, they will detect an amebic colitis. The fact that the patient continues to test positive for years after an episode of amebiasis is a significant issue with current serological assays. As a result, the majority of people living in underdeveloped nations have ameba antibodies, according to currently available serological testing.

E. histolytica colonisation should only be treated with a luminal agent; E. dispar infection does not need to be treated. Diloxanide furoate, paromomycin, and iodoquinol are three examples of oral medications that are effective against luminal infection. Paromomycin is prescribed for 7 days, diloxanide furoate for 10 days, and iodoquinol for 20 days of treatment. It seems like a logical course of action to treat luminal infection with metronidazole and check for recovery using a stool antigen detection test in situations when luminal agents are ineffective.

At the moment, stopping the fecal-oral propagation of the infectious cyst stage of the parasite is necessary for preventing amebiasis. In underdeveloped nations, water must be boiled before it is safe to drink, and raw vegetables must first be scrubbed with soap and then soaked in vinegar for 15 minutes before being eaten since cysts are resistant to modest doses of chlorine or iodine. It is advisable to check family members of an index case for intestinal E. histolytica infection since amebiasis frequently spreads within a home.[5].

Unfinished knowledge of immunity in humans and in disease-modeling animals is one of the current barriers to vaccine development. Rodent models have shown that antibodies can partially transmit protection against liver abscess, but it is likely that protection will also require cellular immune responses against the amoeba. For instance, macrophages and neutrophils could destroy E. histolytica trophozoites in vitro when stimulated by IFN- and TNF, but in the absence of the cytokines, same cells were killed by the amoebas. Lack of thoroughly researched intestinal infection models, which has prevented testing of any of the present prototype vaccines for intestinal infection protection, is another challenge that needs to be overcome. Progress in this field continues, however, to move at a rapid pace. It is exciting to consider that since humans are the only significant reservoir of infection, a vaccine that blocked colonization could lead to elimination of amebiasis. 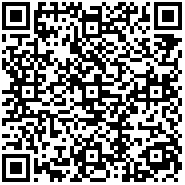