Diabetes is a life-long progressive condition defined by excessive circulating glucose. It is caused by the body's inability to make or utilise insulin to its full potential. This disease has reached epidemic proportions and has emerged as one of the most difficult health issues of the twentyfirst century. It affects over 230 million people worldwide, with that figure anticipated to rise to 350 million by 2025. Diabetes is the fourth greatest cause of death worldwide; a person dies from diabetes-related causes every 10 seconds. Diabetes affects an estimated 20.8 million individuals in the United States, with 14.6 million diagnosed and 6.2 million undiagnosed. Unfortunately, the sickness does not go away on its own, but it can be treated [1].

Diabetes retinopathy, or retinal disease, is the major cause of acquired blindness in working adults. The microvasculature of the retina is injured, the blood vessels enlarge and leak fluid, and if not stopped, new vessels begin to form, eventually leading to retinal detachment. It is a time-dependent disease that progresses in phases; retinopathy is rarely identified in the first few years of diabetes, but the incidence rises to 50% after 10 years and 90% after 25 years. Diabetic retinopathy is becoming more common as diabetic patients live longer lives. The data from the National Eye Institute is really concerning [2].

Under normal physiological settings, about 0.1%-5% of the oxygen that enters the electron transport chain is reduced to superoxide, a reactive oxygen species (ROS), with the remainder being utilised in metabolic processes. ROS can also be produced by enzymes other than the mitochondrial electron transport chain, such as cytochrome P450, NAD(P)H oxidase(s), and nitric oxide synthases. ROS are continuously created in all cells to support normal cellular processes. However, excessive ROS synthesis from endogenous or external sources, as well as poor ROS clearance, might result in pathological situations. An efficient scavenging mechanism eliminates ROS created during normal oxidative metabolism, but an imbalance between production and scavenging of ROS can result in high amounts of either molecular oxygen or ROS, resulting in increased "oxidative stress." As a result, oxidative stress is the cytotoxic result of the synthesis of excess ROS beyond a cell's ability to defend against them, and it indicates an imbalance between excess formation and/or poor clearance of ROS [3,4].

The retina has high content of polyunsaturated fatty acids and has the highest oxygen uptake and glucose oxidation relative to any other tissue. This phenomenon renders retina more susceptible to oxidative stress. It has been suggested that the correlation between hyperglycaemia, changes in the redox homeostasis, and oxidative stress are the key events in the pathogenesis of diabetic retinopathy. Animal studies have demonstrated that oxidative stress contributes not only to the development of diabetic retinopathy but also to the resistance of retinopathy to reverse after good glycaemic control is reinstituted the metabolic memory phenomenon. Resistance of diabetic retinopathy to reverse is probably attributed to accumulation of damaged molecules and ROS that are not easily removed even after good glycaemic control is reestablished. Since oxidative stress represents an imbalance between excess formation and/or impaired removal of ROS, the antioxidant defence system of the cell is a crucial part of the overall oxidative stress experienced by a cell. In diabetes, the activities of antioxidant defence enzymes responsible for scavenging free radicals and maintaining redox homeostasis such as SOD, glutathione reductase, glutathione peroxidase, and catalase are diminished in the retina [5].

Oxidative stress-mediated dy metabolisms in diabetic retinopathy. Oxidative stress is a cytopathic consequence of excessive production of reactive oxygen species (ROS) and the suppression of ROS removal by antioxidant defence system. Hyperglycaemia-induced oxidative stress is considered a causal link between elevated glucose and other metabolic abnormalities important in the development of diabetic complications. Several diabetes-induced abnormalities in the retina that are postulated in the development of retinopathy are influenced by oxidative stress, and are considered to be interrelated. 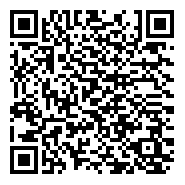