Diabetes and diabetic retinopathy in Kazakhstan from 2013-2018.

As a consequence of political transitions, post-soviet countries have made changes to their health care systems, a process that is still in progress. There are still limitations with available data for a range of diseases and health conditions.In Kazakhstan, one of these was diabetes mellitus, where rates and distribution of prevalence and incidence were not available for consideration. A step forward in 2013 was the launch of a National Register database by the e-health Centre of the ministry of health of Kazakhstan [1]. The center, which has branches in the regions, is responsible for development of information and communication infrastructure of the healthcare industry throughout Kazakhstan. It provides the republican and local state executive bodies, individuals and legal entities with medical and statistical information. Information from the registry would be expected to help government and health care administrators in their decisions on provision of services for persons with a diagnosis of diabetes, and advice to the general population regarding awareness and prevention of the disease.

There is a limited existing knowledge regarding prevalence/ incidence of diabetic complications in Kazakhstan, which results a high rate of burden of disease. There are cardiovascular and/or renal complications of diabetes, but this paper mainly focused on examining diabetic retinopathy, as it was the only and new available data in the national statistics register.

Another requirement for health services is the appropriate management of Diagnostic Retinopathy (DR), a major disease associated with diabetes. Timely diagnosis and appropriate treatment are crucial for reducing the risk of a moderate loss of vision from DR [2].

In Kazakhstan, collection of diabetic retinopathy data was started in 2015 as a further initiative of the e-health Centre. These are gathered separately each year from regional health departments and ministry of health reports and are not incorporated with the data from the diabetes registry.

The purpose of this work was to identify trends in the incidence and prevalence of different types of diabetes and of diabetic retinopathy for 2013-2018. It was expected that this would make a contribution to future assessment of diabetes prevention, treatment, and screening programs and also to help in the planning and implementation of future health services.

The data were standardized (direct standardization method) by gender, age and place of residence. Statistical data are provided in the censuses and registries for three age groups only (children 0-15, teenagers 16-18, and adults 19 and older).Also, there is no 5 years step age range for each group.For the purposes of the study, data for teenagers were added to those of the adult group. Prevalence and incidence rates were compared by: Age (children 0-15 years, adults 16 and older), gender (male and female) and place of residence (urban/rural).

Table 1. Prevalence and incidence of diabetes and diabetic retinopathy among adults.a: Prevalence per 1000, Incidence per 100000 population, n/a: Not available.

The trends in prevalence and incidence for other forms of diabetes are less clear, possibly because of delays in recording data and difficulties of diagnosing these conditions. The data suggest increasing prevalence in recent years. With incidence, a relatively high figure in 2013 was followed by a series of lower values and then a much higher value for 2018. The four years of data available for diabetic retinopathy suggest a trend to increasing prevalence with an increase of 27% between 2015 and 2018. The trend for incidence is unclear.

Data for diabetes and DR among the child population are shown in Table 2. Prevalence of all types of diabetes in this period is increased by 88%.

Table 2. Prevalence and incidence of diabetes and diabetic retinopathy among children.

The value for total incidence over six years is biased by the high reported value in 2013 for other types of diabetes.Between 2014 and 2018 total incidence increased by 86%.

Prevalence of Type 1 diabetes is the most common form in the child population, increased by 93%. Data for incidence suggest an overall increase of 43%, with a jump of 20% in 2018.

Data for Type 2 diabetes indicate a five-fold increase in prevalence. Values for incidence fluctuated over 6 years and might be taken to indicate no overall change. The trends for other forms of diabetes among the child population are unclear. The data show low prevalence over the period with no clear trend.

The prevalence of DR among the child population remained unchanged at 0.02 per 1000 population. There was no clear trend in the incidence of DR.

Table 3. Prevalence and incidence of diabetes and diabetic retinopathy among adults by gender. a:Prevalence per 1000, Incidence per 100000 population, n/a:Not available.

For DR, prevalence is 1.8 times higher for women than for men, with some increase in the number of cases for both. Incidence is 1.6 times higher for women than men; it is unclear whether numbers of cases are increasing. Among the child population, there was no significant gender difference in the prevalence of diabetes and DR over the period studied. The incidence of type 1 diabetes among boys was somewhat higher than for girls in 2014 and 2015. Since 2016, the incidence for girls has been higher. Incidence of other forms of diabetes and DR were variable, with no clear difference between the sexes.

Diabetes in urban and rural populations

Table 4. Prevalence and incidence of diabetes and diabetic retinopathy among adults in urban and rural populations. a: Prevalence per 1000, Incidence per 100000 population, n/a : Not available.

In this study we considered the rates of diabetes and diabetic retinopathy in Kazakhstan for the years 2013-2018, using information from a national electronic data base. The study informs progress in the management of these conditions and potential further changes in health services.

Rates of diabetes and diabetic retinopathy

Overall, the prevalence of diabetes in the adult population in Kazakhstan is of the order of 3%, lower than a previously published estimate of 7% in the IDF atlas, and is increasing.Among the adult population, prevalence of Type 1 diabetes increased by 54% over the period studied (Table 1). Prevalence was similar for males and females, and incidence higher for males. Similar observations have been reported from other countries [4,5]. Prevalence and incidence of Type 2 diabetes has been increased by 32% and 34% respectively. Prevalence and incidence rates for women were higher than those for men.

In the child population, prevalence of Type 1 diabetes almost doubled (Table 2). Incidence also increased during this time with a reported 20% rise for 2018. Prevalence of Type 2 diabetes in children has increased, while rates for incidence appear to be stable.Prevalence of other forms of diabetes appears to have increased. Information on DR is more limited, with data available from 2015. For adults, an increase in prevalence is indicated.Prevalence and incidence are higher for women than for men. In the child population, prevalence has been constant over the four years while data available for incidence are inconclusive.

When the geographic distribution of diabetes in Kazakhstan is considered, there is higher prevalence and incidence in urban populations than rural populations, but the changes in values over the six years were higher in rural communities. The study has limitations due to apparent inconsistencies in the some of the data from the registries. Apparent fluctuations in values from year to year may have been associated with delays in accessing or processing information collected from some centers.These include some of the entries for other types of diabetes.

Provision of health and other services: With increasing awareness of the need to provide access to adequate health care, the government has made changes in the provision of services.In Kazakhstan, diabetes care is supported with a guaranteed volume of free medical care and medicines from the budget each year.

For the treatment of each patient with a diagnosis of diabetes, an amount is allocated annually for the purchase of insulin, pumps, self-monitoring equipment, syringes and special pens.A start on the systematic collection of data through establishment ofthe electronic registry provides more detailed information for government agencies involved in formulation of the budget for these and other services.

In 2012 Kazakhstan was the first among the countries of the former USSR to provide access for children with type1 diabetes to an innovative method of treating the disease-insulin pump therapy.New insulin pumps are provided to these children without charge.

In 2018 the Ministry of Health announced a new model for free medical care.Under this it is planned to transfer a number of chronic diseases (including diabetes mellitus) from the dispensary group to active dynamic monitoring [6]. A feature of dynamic observation is the management of the disease, which involves patients in the process of monitoring and improving their well-being, together with a doctor of the primary medical organization.The patient must adhere to a certain lifestyle, regularly take necessary medicines and also monitor their health. Self-management of patients will reduce the risks of complications and disability.

Possible future directions: With increases in the incidence of type 1 diabetes in children there is a need to develop a clear educational program for the management and adaptation to the condition, with support from their guardians. This will require extensive research to establish relevant learning goals and objectives [7,8]

In Kazakhstan there is no tracking of the patient’s treatment route or an electronic database that will track the diabetes chain to its end. This does not allow us to see the whole situation of managing diabetes reflecting the improvements or the complications of the disease as well as consider quality of life of the patients and assess quality of care. Further changes to the electronic record seem desirable.

Further support for those with diabetic retinopathy appears necessary to adequately manage this condition.Often the early stages of DR do not have visual symptoms, and not all patients with diabetes undergo an annual comprehensive eye examination. DR treatment is not free of charge. Many Kazakhstan patients are not able to regularly pay, and stop coming for examination and regular treatment.

Further analysis of factors that influenced the differences in the frequency of the disease in terms of place of residence, this would be helpful for future planning of health and other services.This study shows that in Kazakhstan, there is a growing need to test service delivery levels and identify gaps in comprehensive access to treatment and effective prevention of diabetes and diabetic retinopathy.

Analysis of registry data for Kazakhstan shows trends to increases in the rates of diabetes and diabetic retinopathy in both the adult and child populations.Prevalence and incidence are consistently higher in urban than in rural communities, though the changes to those values are lower.

The information provided through the registries will be useful for helping future decisions regarding priorities and options for support of treatment services and implications of the geographic distribution of diabetes rates.

Introduction of systematic collection of data has been an important initiative. The information provided should inform future changes in the management of diabetes in Kazakhstan.

The datasets used and/or analyzed during the current study are available from the corresponding author on reasonable request.

Financial support for this project was not sought from any external funding body or commercial organization.

David Hailey contributed to the writing and revision of the manuscript, and to additional analysis of registry data: Writing, reviewing, editing.

All authors reviewed and approved the final draft. 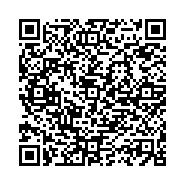