Detection of extended-spectrum ?-lactamases in clinical isolates of E. coli and klebsiella species from Udaipur Rajasthan

The continued emergence of ESBLs presents diagnostic challenges to the clinical microbiol-ogy laboratories, which should be aware of the need for their detection by accurately identi-fying the enzymes in clinical isolates. The importance of the infections due to Extended-Spectrum β-Lactamase-producing Escherichia coli and Klebsiella species (ESBL-EK) has been increasingly recognized in recent years. ESBL-EK infections are of clinical concern, because few antimicrobials are available as therapeutic options. Efforts to maintain current therapeutic option for such infections are essential. Total 200 screened isolation of E. coli and Klebsiella species obtained from June 2006 to 31st December 2007 from 3146 various clinical samples such as pus; urine, blood, CSF, ear discharge, pleural fluid & sputum were included in the study. All isolates were identified and confirmed by standard conventional methods. Isolates with resistance or decreased susceptibility to third generation cepha-losporins (as per the criteria of NCCLS guidelines by Kirby-Bauer methods) were selected as ESBL producers. ESBL production where detected by Double disk synergy test (DDST) and Inhibitory Potentiated disk diffusion test (IPDDT). Of the 200 isolates, 117(58.5 %), 83(41.5%) were identified as E.coli and Klebsiella respectively and showed maximum resis-tance against Cefpodoxime (100%). By DDST test 92.6% & 89.1%, 66.7% & 71.7%, 88.8% & 71.7% showed synergy between Ceftazidime, Cefotaxime, Ceftriaxone with Clavulanic acid by Klebsiella species and E.coli respectively. The incidence of ESBLs among E. coli and Klebsiella species were 44.4% (52) & 36.1% (30) respectively by IPDDT test and detect an additional 4.5%(9) ESBL isolates than DDST test. Medicine 56.1% & 44.8% and Sur-gery 21% & 31% wards showed maximum percentage of ESBLs producers E. coli and Klebsiella respectively. ESBL-producing E. coli and Klebsiella species infections have a sig-nificant impact on several important clinical outcomes and efforts to control outbreaks of such infections should emphasize judicious use of all antibiotics as well as barrier precau-tions to reduce spread.

The discovery of antibiotics in 1928 [1] revolutionized the practice of medicine, which are useful in treating in-fectious diseases, both in outdoor and indoor patients. Initial enthusiasm however, was quickly tempered by the emergence of pathogens that became resistant to these agents [2]. Resistant bacteria are emerging, as a threat to the favorable outcome of common infections in commu-nity and hospital settings.

β-lactam antibiotics are among the safest & most fre-quently prescribed antimicrobial agents all over the world in treating Gram positive and Gram negative infections [3]. Production of β-lactamases is the most common mechanism of the bacterial resistant for these antibiotics. These enzymes are numerous and are plasmid mediated, capable of hydrolyzing and inactivating a wide variety of β-lactam antibiotics, including third generation Cepha-losporins, Penicillin & Azteronam [4]. ESBL producing Gram Negative bacteria are increasingly being associated with hospital infections. They can be found in variety of Enterobacteriaceae species. Majority of ESBL producing strains are K. pneumoniae, K. oxytoca and E.coli [5]..

The continued emergence of ESBLs presents diagnostic challenges to the clinical microbiology laboratories, which should be aware of the need for their detection by accurately identifying the enzymes in clinical isolates. Appropriate antimicrobial selection, surveillance systems & effective infection control procedures are the key part-ners in their management. Considering the above facts, ESBL detection should reach the clinician as early as pos-sible to enable him to treat the critical patients, favorably. This is a modest attempt to evaluate a simple, cost effec-tive & quick method of detection of ESBL in Clinical isolates of E.coli and Klebsiella species in our hospital laboratory.

The present study was carried out in Department of Mi-crobiology, R.N.T. Medical College, Udaipur, Rajasthan. 200 screened isolates of E.coli and Klebsiella species from various clinical samples such as pus, urine, sputum, blood, CSF, ear discharge and pleural fluid, were included in the study. The clinical samples were processed by plating on blood agar and MacConkey agar [6].

All the isolates were identified using standard biochemi-cal tests [6]. Total 200 screened isolates of E.coli and Klebsiella species were tested for antimicrobial suscepti-bility by Disc diffusion technique (Kirby- Bauer Method) according to CLSI guidelines [7].

Antibiotic discs were used were manufactured by Hi- Media.

Muller Hinton agar plates were used for the test & plates were stored at 40C and used within one week of prepara-tion. Before inoculation, plates were dried so that there were no droplets of moisture on the agar surface.

A Sterile cotton swab was dipped in suspension and sur-plus removed by rotation of swab against the Side of tube.

The plate was inoculated by even streaking of swab over the entire surface.

The results were interpreted as per the Criteria of CLSI guidelines. Isolates with resistance or with decreased sus-ceptibility (intermediate by CLSI (criteria) to third gen-eration cephalosporin were selected for ESBL production [7, 8].

Muller-Hinton agar plates were prepared and inoculated with standardized inoculums (corresponding to 0.5 Mc Far lands standard) to form a lawn culture. With a sterile forceps, a disk of amoxycillin/claulanic acid (20 μg /10μg) was placed in the centre of the plate. Then giving a centre to centre distance of 20 mm around the amoxy-clav disk the Cefotaxime (30 μg), Ceftriaxone(30μg) and Cef-tazidime (30μg) disks were applied. This distance was found to give the best results for detection of ESBLs in our laboratory. The plates were incubated at 37°C in in-cubator for overnight incubation.

Strain interpreted as ESBL producer when –

A- Irrespective of the individual zone size, the zone size around the test antibiotics (3GC) was extended on the side nearest the amoxicillin / Clavulanic acid disk. An increase in zone of inhibition of > 2.5 mm on one side was considering/ considered significant.
B- Antibiotic disk was not inhibitory alone but bac-terial growth was also inhibited between the two disks.
C. Bulging or broadening of the inhibitory zone be-tween the 3 GC disk and the disk of amoxycillin/ Clavulanic acid. Non- ESBL producing strain did not show synergy as demonstrated by any of these patterns. E.coli ATCC 25922 was used as the nega-tive control and Klebsiella pneumoniae ATCC 700603 obtained from JIPMER Pondicherry were used as the positive control [9-11].

Muller- Hinton agar plates were prepared and inoculated with a standardized inoculum (corresponding to 0.5 Mc Far land’s standard) to from a lawn culture. Using sterile forcep disks of Cefotaxime (Ce) and Cefotaxime/ Clavu-lanic acid ( Ca/C) and disks of Ceftazidime ( Ca) and Cef-tazidime/ Clavulanic acid ( Ca/C) were placed, by keep-ing a 15 mm center to center distance. Plates were incu-bated at 37°C in incubator for overnight[9,12-14].

A > 5 mm – increase in the Zone diameter for either of the (3 GC) antimicrobial agent tested in combination with Clavulanic acid versus its zone when tested alone indi-cated ESBL production.

ESBLs are the main cause of resistance to beta-lactam antibiotics in E.coli and Klebsillea. Due to the clinical importance of the detection of ESBLs, screening and con-firmatory methods have been routinely used to investigate the production of these enzymes in E.coli & Klebsiella species. As their occurrence has been increasing, it be-comes essential to evaluate their occurrence in this popu-lation .The present study was conducted on 200 screened isolates of E.coli and Klebsiella species obtained from 3146 various clinical samples received at the Department of Microbiology, R.N.T. Medical College, Udaipur, Ra-jasthan. In the present study out of 200 screened isolates 58.5% (117) were identified as E.coli & 41.5% (83) were Klebsiella species. The maximum resistance among E.coli and Klebsiella species isolates was observed against cefpodoxime 100% and cefotoxime 73.5% respectively. Overall 200 isolates showed resistance to at least one of the 3 GC or Aztreonam. Isolates with resistance or de-creased susceptibility (intermediate by NCCLs criteria) to third generation Cephalosporin were selected for ESBL production & this showed the incidence of ESBLs among E.coli isolates is 48.7% and among Klebsiella pneumo-niae (35.1%) & Klebsiella oxytoca (34.4%). Percentage of ESBLs positive isolates showing synergy between Cla-vulanic acid and Ceftazidime, Cefotaxime & Ceftriaxone individually antibiotics in Double disk synergy test were 92.6%, 66.7% and 88.8% for Klebsiella species & 89.1%, 71.7% and 71.7% for E.coli respectively. This is higher than the reported Figures of E.coli & Klebsiella spp. in 2.2% & 6.6% respectively in U.S.A., in Canada 2.7% & 6.2% respectively [15,16] & in India 24.7% & 38.5% respectively[14]. In Asia, National surveys have indicated the presence of ESBLs in 5-8 % of E.coli isolates from Korea, Japan, Malaysia & Singapore with higher rates of up to 24% for other Asian countries [17-19] .ESBL production in Klebsiella has also been reported to be as low as 5% in Japan & Australia with higher rates of 20-5-% in other parts of the continent [12,13].

From our findings, the percentage of ESBL positive E.coli isolated from Medicine was 56%, Surgery 21.0%, Gynae. and obstet. 17.5%, I.C.U. 3.4%, and Paediatrics 1.7% . Whereas none of the ESBL producing E.coli was isolated from TB & Chest, E.N.T. Psychiatry, burn & Skin wards. The percentage of ESBLs positive Klebsiella species isolated from various clinical wards was medicine 44.8%, Surgery 31.0% , TB & Chest 20.6% , and Gynae. & obst. 3.4%. Whereas none of the ESBL producing Klebsiella species isolated from Pediatrics, I.C.U., Burns, E.N.T. Psychiatry & Skin wards.

Most of the ESBL isolates were from Medicine and Sur-gery wards in the present study. This may be due to fact that all the patients who underwent surgery were catheter-ized and given broad spectrum antibiotics preoperatively. As the patients have undergone surgery duration of the hospital stay may be the predisposing factor for these ESBL producing organisms. Equipment such as artificial ventilation apparatus, catheters, cannula and nursing care work load are likely risk factor. Mathur et al [5] from New Delhi have also documented 50% of ESBL production from surgi‐cal wards & 54% from medical wards [21-23].

The present study is preliminary attempt to evaluate the ESBL producing E.coli & Klebsiella species from various clinical samples. ESBL production has been observed in large percentage of E.coli and Klebsiella isolates. ESBL producing E.coli and Klebsiella species infections have a significant impact on several important clinical outcomes and efforts to control outbreaks of such infections should emphasize judicious use of all antibiotics as well as bar-rier precautions to reduce spread. 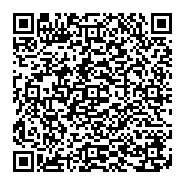