Despite signalling pathways situations, the endocrine pancreas can change

The capacity of the endocrine pancreas to modify the beta-cell mass in response to changes in the demand for insulin is known as endocrine pancreatic plasticity. For instance, the increase in beta-cell bulk, together with beta-cell hyperactivity, during late pregnancy and obesity leads to insulin over secretion in response to insulin resistance. There is mounting evidence that adult animals have significantly greater capacity for beta-cell mass expansion than previously believed. The variations in beta-cell mass during pregnancy are mostly caused by placental hormones, particularly placental lactogens. Although the major contender appears to be an increase in free fatty acids, the exact variables that contribute to beta-cell development in obesity are still unclear.

Many data suggest that the impairment of insulin secretion in type 2 diabetes is partly related to reduction of beta-cell mass, at least relative to prevailing insulin demand. This defect may originate from genetic predisposition, but the situation is likely worsened by environmental factors such as hyperglycemia (glucotoxicity) and hyperlipidaemia (lipotoxicity). Better understanding of beta-cell growth and regeneration mechanisms may allow new strategies in the treatment of type 2 diabetes based on early limitation of beta-cell damage and/or restoration of a functional beta-cell mass [1,2].

Plasticity of the endocrine pancreas in no diabetic subjects

The capacity of the endocrine pancreas to modify the mass of cells to changes in insulin demand to provide optimal management of glucose homeostasis is known as endocrine pancreatic plasticity. According to what we now know, in adult mammals, a constant equilibrium between cell growth (cell replication and neogenesis) and cell death controls the -cell mass (mainly apoptosis). The mass of islet cells may alter quickly and noticeably if this equilibrium is upset. For instance, the increase in cell mass during late pregnancy and obesity leads to insulin over secretion in response to insulin resistance [3].

Endocrine cells develop during development from pancreatic duct-based undifferentiated stem cells, which then move into the exocrine pancreas to create the Langerhans islets. Following that, differentiated cells multiply inside the islets. Both the endocrine pancreas development and the maintenance of the islet cell mass homeostasis depend on these processes. The same stimuli, such as nutrients, hormones, or growth factors, affect cells from foetuses and adults in both in vitro and in vivo studies. We shall solely discuss the function of glucose and insulin in this review. In adult humans and rats, the -cell mass seems quite stable with a low -cell replication rate (3% per day vs. 10% per day in the fetus). For this reason, the role of glucose in Adult islets was considered marginal [4].

Glucose regulation of insulin release is mediated by metabolic signals. The putative pathway between uptake of glucose and exocytosis of secretory vesicles has emerged from numerous converging observations in rodent islet cells. Briefly, pancreatic β-cells express GLUT2 glucose transporters, which permit rapid glucose uptake regardless of the extracellular sugar concentration little substrate is phosphorylated in -cells at low glucose concentrations (2.5 mmol/l), likely as a result of limited expression of high-affinity hexokinase isoforms in these cells. (Hexokinase I, hexokinase II or hexokinase III [HK]). The presence of no endocrine cells that contaminate these preparations is most likely to blame for the measurement of relatively elevated HK levels in isolated islets [5].

Pancreatic beta-cells and hypothalamus neurons are inhibited by glucose

The inhibition of several endocrine cells and hypothalamus neurons occurs when extracellular glucose concentration is increased from 3 to 10 mmol/l. Examples are the glucagon-secreting -cells in the pancreas and the so-called glucose-sensitive neurons, which are particularly numerous in the lateral hypothalamus (LHA). The mechanism underlying this kind of glucose inhibition is not well understood. Molecular mechanism of the inhibition on the activity of α-cells and hypothalamic neurons by glucose. Glucokinase may be involved, but the signaling pathway shows several differences when compared with glucose-activated β-cells.

The molecular mechanisms by which glucose and other important nutrients influence the -cell stimulus secretion coupling remain a mystery, despite extensive investigation over the past 35 years. Understanding the modulation of -cell electrical activity and glucagon release by plasma membrane ion channel activity has advanced. A complex network of interconnected paracrine, hormonal, and neuronal signalling pathways may also modify glucagon secretion, according to mounting evidence. 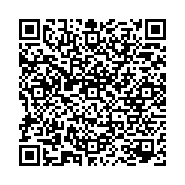