Design and Use of a Flexible RNAi Expression Vector in Mammalian Cells .

We present pRIGHT11, a flexible mammalian expression vector for the generation of short interfering RNA (siRNA) in cells. To stimulate the expression of short siRNA, this vector uses opposing eukaryotic RNA polymerase III promoters U6 and H1. We've shown that pRIGHT11-derived siRNA can inhibit transfected reporter genes and endogenous genes in a sequencespecific manner. This retrovirus-based vector can also carry a random library of siRNA, allowing for quick identification of novel genes involved in specific cellular responses.

We present pRIGHT11, a flexible mammalian expression vector for the generation of short interfering RNA (siRNA) in cells. To stimulate the expression of short siRNA, this vector uses opposing eukaryotic RNA polymerase III promoters U6 and H1. We've shown that pRIGHT11-derived siRNA can inhibit transfected reporter genes and endogenous genes in a sequencespecific manner. This retrovirus-based vector can also carry a random library of siRNA, allowing for quick identification of novel genes involved in specific cellular responses. Human and a few other model organisms genome datasets are now available. The number of genes with uncertain functions has been steadily increasing in these databases. Genetic screens for phenotypic modifications in model organisms are among the classic genome-wide approaches for assessing gene functions. Although these methods have been exceedingly effective in determining gene functions, they frequently involve the use of expensive, time-consuming, and labor-intensive procedures such as chemical or molecular mutagenesis, chromosomal wandering, and DNA library insertion. These restrictions limit the utility of genetic analysis in high-throughput studies of gene activities in mammalian systems.

Long double-stranded RNAs (dsRNA) have recently been employed in genome-wide screens in C. elegans to investigate developmental processes and in Drosophila cells to examine cellular circuits. Because dsRNA causes RNA interference (RNAi), these early experiments showed that RNAi has a lot of potential for studying gene function across the genome. RNA-mediated interference (RNAi) is an evolutionarily conserved mechanism for dsRNAs to suppress gene expression. The dsRNA technique, on the other hand, cannot be used in mammalian cells because dsRNA causes a powerful antiviral response, which leads to cell death. and ingeniously shown that short interfering RNAs (siRNAs) with a length of 21-23 bp can elicit RNAi in mammalian cells without activating antiviral responses.Short-hairpin RNA (shRNA)-encoding DNA expression vectors can be used to deliver siRNAs to cells as RNA (which can be chemically produced or in vitro transcribed) (for a review see Wilson and Richardson, 2003). An RNA polymerase III promoter, such as the H1 or U6 promoter, is commonly found in shRNA expression vectors and promotes the production of an s. In mammalian cells, large-scale siRNA screens can be carried out, as a recent effort discovered new roles in death receptormediated apoptosis. However, in order to cover the entire genome, such screens necessitate the manufacture of a vast number of siRNA. Otherwise, the screens are skewed toward certain siRNAs for specific gene targets. A random library of siRNA will, in theory, suffice for a genome-wide screen.

In this paper, we describe a siRNA expression system thatemploys two polymerase III promoters that are positioned in an opposite direction to guide the expression of both sense and antisense strands of siRNA. This approach offers a lot of potential for finding functional genes quickly in a genome-wide genetic screen. This retrovirus-based RNAi vector effectively suppressed the expression of reporter and native genes, allowing this technology to be used as a mammalian genomic tool in genome-wide screening. As previously disclosed, cell culture, transfection, and functional tests were carried out. DMEM supplemented with 10% (v/v) foetal bovine serum was used to keep HeLa and 293T cells alive. In a 5 percent (v/v) CO2 incubator, cells were incubated at 37°C. LipofectAMINE was used to transfect exponentially developing cells at 30-50 percent confluence according to the manufacturer's recommendations (Invitrogen). Cells were exposed to reporter assays or western blotting 48 hours after transfection.

The luciferase experiment was performed using plasmid pGL2, which contains the luciferase gene under the control of the SV40 early gene promoter (Promega). pGL2, pSVJgal (Jgalactosidase expression plasmid as an internal control), and pRIGHT-siLuc or pRIGHT11 control vectors were transfected into exponentially growing HeLa cells at 30% confluence. The amount of transfected DNA each well was 0.5 kg (12-well plate). The pGL2:pSVJgal:pRIGHT ratio was 2:1:5. The activities of luciferase and J-galactosidase were then measured after the cells were removed. All tests were performed in duplicate and repeated at least three times, with all results adjusted for transfection efficiency against J- galactosidase activity. For the GFP experiment, HeLa cells were transfected with/ without plasmid pEGFP, which includes enhanced GFP under the control of the CMV promoter (Clontech). Production of EGFP was initially assessed 48 hours after transfection by analysing green fluorescence production under a Zeiss Axioplan II microscope, and subsequently by western blotting. Anti-GFP antibody (Santa Cruz Biotech) was used to identify EGFP in western blotting, and chemiluminescence was used to see it (Pierce). * 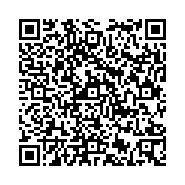