Cutaneous angiosarcoma of the scalp: A case report and literature review

Angiosarcoma (AS) is a rare aggressive sarcoma that occurs mostly in the skin of the head and neck in the elderly population. AS of the scalp is associated with high rates of local recurrence and a poor prognosis. Patients with typical presenting symptoms can be diagnosed clinically, but the precise pathological diagnosis should be performed by an expert pathologist. Angiosarcoma requires aggressive and comprehensive treatment by a multidisciplinary team, because a multimodal approach improves survival. The mainstay of treatment is surgical resection and adjuvant radiation therapy, but failure rates following local therapy are high. The chemotherapy is used in cases of metastatic or unresectable scalp angiosarcoma. We describe the case of a 38-year-old woman who presented with lesions nodular on the scalp. The biopsy with histological study demonstrated an angiosarcoma. A computed tomography scan revealed multiple pulmonary metastasis, she received intravenous paclitaxel, the scalp and lung lesions significantly diminished after 3 month of treatment.

The treatment protocol for scalp angiosarcoma has yet to reach a consensus in the oncology circle. Wide local excision combined with postoperative radiotherapy is widely considered as the optimal treatment to date [6-8]. Chemotherapy is widely used in patients with lesions that cannot be entirely resected, or who have distant metastatic disease [9].

Scalp angiosarcoma carries a 5-year survival rate of only 10%-15% [6]. It has a high local recurrence rate, with a tendency for early hematogenous metastasis to the lungs [4,10,11]. Given the aggressive nature of this tumor, a delay in the definitive diagnosis may have played a role in themalignant course and therefore treatment options.

Therefore, timely and accurate diagnosis of this disease is critical in order to ensure an optimal patient outcome. However, initial diagnosis is often difficult due to a lack of definitive symptoms [12].

In this review, we will reports a case of cutaneous angiosarcoma of the scalp in a female patient treated with weekly paclitaxel. And we will summarize the clinical features, histological and the therapeutic options for this rare disease.

A 38-year-old woman, medical history was unremarkable, was admitted to the department of oncology medical at our hospital with lesions nodular on the scalp. On examination, multiple lesions nodular were noted on the scalp parietal, frontal and occipital, the lesions was not painful to the palpation, with the largest being 2 cm × 5 cm (Figure 1). The rest of the physical exam was unremarkable.

Figure 1: Photographs of the primary tumor site before chemotherapy.

The biopsy identified an angiosarcoma with the following immunophenotype: CD31+, CD34+ and Ki67+ of more than 30%.

Brain Computed Tomography (CT) showed multiple subcutaneous masses of the scalp tissue with irregular margins, without bone invasion or intraparenchymal extension, the largest of which measure: 5 × 2 cm and 4 × 1 cm (Figure 2). The CT of the chest, abdomen, and pelvis showed multiple pulmonary metastases.

Because of the presence of multiple metastases, neither surgery nor radiotherapy was considered; chemotherapy alone was the initial approach to treatment. The patient received first‑line palliative chemotherapy consisting of intravenous paclitaxel administration at a fixed dose of 80 mg weekly.

Figure 3: Photographs of the primary tumor site after 3 months of chemotherapy.

It was decided to add 3 months of chemotherapy; she has now been treated with paclitaxel for 5 months .The chemotherapy cycles were exceedingly well tolerated by this patient, who experienced no side effects other than alopecia and mild fatigue.

Angiosarcoma is an aggressive malignant tumor of the vascular endothelium accounting for 1.6% of all cutaneous sarcomas [13]. Angiosarcomas of the head and neck represent about 15% of all head and neck sarcomas and 1% of all soft tissue sarcomas, most commonly arising on the scalp [14].

Angiosarcoma can arise from any soft tissue, with the cutaneous form typically involving the head and neck region, particularly the scalp [4,5]. Most cases arise in the upper part of the face or scalp, with the central face being less frequently involved and usually by direct extension [15,16].This tumor predominantly develops in elderly people and more frequently affects men than women [4- 17].

Although most angiosarcomas arise spontaneously .The causes of the disease are likely to be multifactorial, including environmental, occupational, familial, and iatrogenic factors. Some specific factors are linked to angiosarcoma, including a previous history of radiation exposure, and chronic lymphedema as in Stewart-Treves syndrome, post-surgery or radiotherapy, morbid obesity, congenital lymphedema, like Milory syndrome, filariasis, and other types of chronic lymphedema [3,12,18]. Another factor is exposure to chemical carcinogens such as vinyl chloride or thorotrast [19].

Differential diagnoses should include other types of vascular tumors, including but not limited to, capillary hemangiomas, Kaposi sarcoma, epithelioid hemangioendotheliomas, and hemangiopericytomas [6]. These can be differentiated with appropriate clinical context and history as well as histopathologic evaluation. Clinical presentation of AS is variable [7]. Because of its rarity and relative benign appearance clinically, this entity is diagnosed late and patients usually have advanced disease at the time of presentation [20]. They can present with a variety of clinical features but most commonly present as dark-purple, bluish, or red lesions, which may be nodular or plaque-like [21]. They can ulcerate and often bleed after minor trauma, such as combing hair [21]. The precise pathological diagnosis should be performed by an expert pathologist.

On histopathology, the characteristic feature of AS are variable; low grade AS is a well‑differentiated tumor that retains some of the functional and morphological features of normal vascular endothelium, whereas poorly differentiated AS shows sheets of pleomorphic cells with distorted architecture, markedly pleomorphic nuclei, and brisk mitosis, making it difficult to distinguish from melanoma or carcinom [7].

A Magnetic Resonance Image (MRI) may be used to further evaluate the local extent of the primary tumor. Cutaneous angiosarcoma of the scalp is well enhanced on MRI and the disease is often more extensive than the physical exam may suggest in many patients. Contrast enhanced CT scans can be used to evaluate regional lymph nodes and the lungs for distant disease [23].

Cutaneous angiosarcoma has an aggressive natural history with a tendency to spread by either lymphatic or hematogenous routes [24]. Distant metastasis could occur within a month of primary surgery, but typically it occurs on average after a year [7,8] The most common site of metastasis is the lung, followed by the lymph nodes, bone, and liver [7,8,16]. Interestingly, lung metastasis often presents as pneumothorax, which may require urgent medication [25,26].

Radical surgery with no residual tumor cell on the margin (R0 resection) is generally the primary goal of sarcoma treatment. In every review or set of guidelines, surgery with R0 resection is recommended as the goal of CAS treatment [27]. Positive microscopic (R1) or macroscopic (R2) margins are common because of the invasive and multifocal nature of the disease [7,17,28,29]. Wide margins can be difficult to achieve because of intimate relationships with key anatomical structures, especially in the head and neck or in the presence of multifocal disease. Reconstruction can be performed following excision even with sizabledeficits because of high-risk of recurrence [7,15,30-32]. Several case series have found that postoperative radiation improves local control and OS [7,15]. In terms of radiation dose, several studies recommended 60 Gy in 30 fractions for the treatment of a primary tumor postoperatively [4,8,11]. Higher doses (70 Gy) in 30 fractions were recommended as the only treatment for those who could not tolerate surgery due to poor health status [11].

However, in cases without distant metastasis, there was no clear benefit of neoadjuvant or adjuvant chemotherapy use, when combined with wide local excision and postoperative radiation [33]. Neoadjuvant chemotherapy is typically given when the angiosarcoma involves a vital and important structure, like the nose or the periorbital area. This neoadjuvant chemotherapy is aimed to decrease the tumor size to simplify the surgical resection and enable the surgeon to preserve the eye, nose, or any other sensitive or vital structure, but it would not improve the overall survival [34-37].The use of postoperative chemotherapy is evolving in scalp angiosarcomas, with rationale given the risk of metastasis in these patients [17,38], but unfortunately, did not showany survival benefit .

Chemotherapy is widely used in metastatic CAS and lesions that cannot be entirely resected [33]. Doxorubicinbased regimens are considered to be the gold standard for treatment of soft tissue sarcomas with a reported Progression-Free Survival (PFS) lasting approximately 3 months in different studies [39,40]. Therapy with taxanes (paclitaxel) has shown better efficacy compared with doxorubicin with a median PFS of 4–5 months [39-41]. With the development of targeted therapies in oncology, the use of bevacizumab, has been proposed. VEGF is an important angiogenic marker of SA [6]. Bevacizumab has been used as monotherapy, in combination with radiotherapy or in combination with chemotherapy, including paclitaxel [6]. It should be noted that the latter include different types of AS, not only AStc. Other antiangiogenic agents have also been studied (sorafenib, sunatinib or pazopanib) [42].

The prognosis is poor with a reported 5-year survival rate of 35% in non-metastatic cases and a recurrence rate of up to 75% within 2 years of local treatment [43]. Despite recent adoption of aggressive treatment protocol for scalp angiosarcoma, the prognosis remains poor.

Angiosarcomas of the scalp are a rare and highly aggressive malignant tumor with a poor prognosis. Because of the rarity of this disease, the optimal management strategy has not yet been established.

Wide local excision combined with postoperative radiotherapy is widely considered as the optimal treatment to date. Chemotherapy is used as palliative therapy in cases of metastatic tumors. 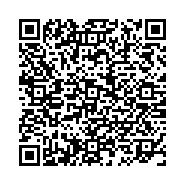