Objective: To discuss the nursing effect of patents with cerebral haemorrhage in emergency department.

Methods: One hundred and twenty patients with cerebral haemorrhage were selected from July 2014 to July 2015 and randomly divided into a control group and an observation group according to case number. Patients in the control group were given conventional nursing, while patients in the observation group were treated by predictive nursing intervention measures besides conventional nursing. The clinical effect, incidence of complications, nursing satisfaction and prognosis were compared between the two groups.

Conclusions: In the process of emergency treatment for patients with cerebral haemorrhage, the application of predictive nursing intervention is of great significance in lowering the incidence of complications, improving prognosis and enhancing living quality.

Cerebral haemorrhage induced by angiorrhexis in brain parenchyma and featured by sudden onset and high death rate has an incidence of 30% among stroke patients; cerebrovascular accident is its main cause [1,2]. It is manifested as nervous system impairments such as paralytic limbs, aphasia and disturbance of consciousness. It is usually seen among middle aged and elderly people with high blood pressure, intracranial vascular malformation and cerebral arteriosclerosis. With the aging of Chinese population, the incidence of cerebral haemorrhage has been higher and higher year by year [3,4]. Therefore, rapid, accurate and effective rescue for patients with cerebral haemorrhage and processing various symptoms are of great significance in the treatment of cerebral haemorrhage.

Predictive nursing, a new nursing concept proposed to adapt to modern nursing in recent years, refers to transforming passive rescue to active rescue by predicting the possible problems in disease course before and during nursing, confirming nursing key points and adopting effective prevention and treatment measures as soon as possible to reduce the pain of patients to the largest extent as well as complications [5-7]. This study selected 120 cerebral haemorrhage patients who received rescue, aiming to discuss the nursing effect on patients with cerebral haemorrhage in emergency department.

One hundred and twenty patients who suffered from cerebral haemorrhage and received treatment in the Binzhou People’s hospital, Shandong, China, from July 2014 to July 2015, were selected as research subjects. All patients were confirmed having cerebral haemorrhage by brain Computed Tomography (CR), Magnetic Resonance Imaging (MRI), Digital Subtraction Angiography (DSA) and cerebrospinal fluid detection and they signed informed consent before study. They were randomly and evenly divided into two groups according to the case number.

Patients in the control group were treated by conventional emergency nursing. After being admitted to the emergency room, the patients were given conventional emergency nursing measures such as oxygen inhalation, the observation of vital signs, transfusion, haemostasis and intracranial pressure reduction. Besides conventional emergency nursing, the observation group also received comprehensive and targeted predictive nursing intervention. The specific nursing measures were as follows. The first step was the monitoring of intracranial pressure. The temperature of brain was decreased using ice mat or ice cap. The sober patients took a lateral position and the bed was lifted for 15°~30°. The unconscious patients took a lateral position as well; the shock patients took a horizontal position to reduce the pressure bore by brain. Patients were infused with fluid or dripped with 20% mannitol. The dripping speed was controlled at 250 ml/30 min to prevent tissue necrosis induced by the crystallization or exosmosis of mannitol. Water-salt balance and acid-base balance were detected regularly. The next step was the monitoring of epilepsy. When there was a sign of epilepsy, the limbs of patients should be pressed in a proper strength. Towel or tongue depressor needed to be prepared to avoid bite wound. The next step was nursing for preventing upper gastrointestinal haemorrhage. The property and color of gastric juice were observed after surgery; gastrointestinal tract was given nutritional support and the injection of proton pump blocker to inhibit the secretion of gastric acid and protect gastric mucosa if there was no abnormality in the property and color of gastric juice. Next, nursing for preventing lung infection was performed. Firstly, nurses should make an accurate evaluation on the physical condition of patients, especially disturbance of consciousness and the property, quantity and color of sputum. For high-risk patients, basic nursing should be strengthened; besides, patients were assisted to take a lateral position or head turned to one side; nursing measures such as turning over, sputum suction and back slapping were given timely. The airway was processed by humidification nursing. The increase of body temperature and sputum might indicate the occurrence of lung infection; at that moment, sputum culture needed to be made timely and antibiotic drugs were selected for antiinfection treatment. The fifth step was nursing for preventing urinary system infection. 0.1% benzalkonium bromide solution was used to wash perineum, twice each day. For patients with retention catheterization, the bladder was washed by normal saline, once each day. Besides, the urine routine indexes of patients were reexamined regularly to prevent the occurrence of urinary system infection. The sixth step was nursing for preventing pressure sores. Patients with cerebral hemorrhage usually have physical disabilities; to prevent the incidence of pressure sores, the patients were assisted to turn over and guided to use air bed, the pressed part and bone bulge site were massaged or padded with soft pillows, and nutritional intake was strengthened. The last step was nursing for preventing intracranial rebleeding. The changes of consciousness and pupils were closely observed after surgery. If there was headache, emesis or the presence of fresh blood in drainage tube, the incidence of intracranial rebleeding should be paid attention to; at that moment, nurses should positively assist doctors to rescue patients. The detailed flow diagram is shown in Figure 1. 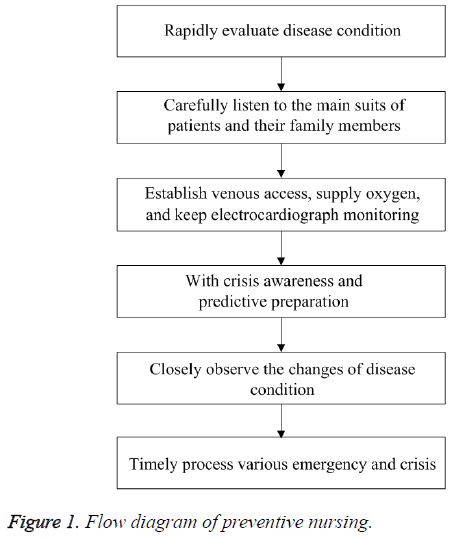 Table 1: Comparison of general data between the two groups.

Comparison of FMA score, BI and NHISS score between the two groups after intervention

FMA score, BI and NHISS score of the observation group were much higher than those of the control group, and the differences had statistical significance (P<0.05). Specific data are shown in (Table 2).

Nursing satisfaction of patients in the two groups 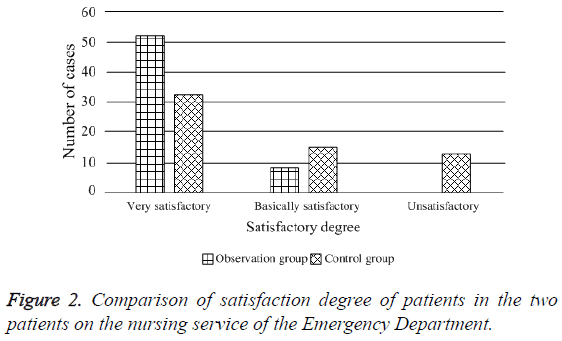 Figure 2: Comparison of satisfaction degree of patients in the two patients on the nursing service of the Emergency Department.

The comparison of incidence of complications between the two groups

The comparison of prognosis between the two groups

The prognosis effect of the observation group was superior to that of the control group, and the difference was statistically significant (P<0.05), as shown in Table 3.

Cerebral haemorrhage, a kind of cerebral apoplexy, is a cerebral disease with high risks which is commonly seen among middle-aged and elder patients with high blood pressure. Cerebral haemorrhage refers to haemorrhage induced by angiorrhexis in brain parenchyma, and its causes include high blood pressure, intracranial vascular malformation and cerebral arteriosclerosis. It is usually induced by excitement or excessive use of strength. Therefore, cerebral haemorrhage generally occurs suddenly, is highly dangerous, and has a very high death rate. It is one of the fatal diseases for middle-aged and elder patients currently and ranks the first among the death causes for elder people [8,9]. Therefore, patients with cerebral haemorrhage need proper treatment and careful clinical nursing [10]. The role of nursing coordination has become more and more important in modern times. The modern nursing tends to be more professional and comprehensive. Conventional nursing has not been able to keep up with the pace of times due to multiple shortcomings. For example, conventional nursing is not targeted enough to assist patients with hypertensive cerebral haemorrhage; conventional nursing is usually carried out according to doctor's advice, which is difficult to satisfy the demand of patients and may affect patients’ satisfaction; due to the lack of initiative, it may not able to effectively prevent possible complications. Thus, more effective clinical nursing is needed to solve the above problems.

Predictive nursing refers to formulating nursing schemes based on the accurate evaluation on the physical and mental situations of patients; prevention before treatment is its principle [11]. Compare to conventional nursing, predictive nursing can turn nursing operation from passive to active, which provides guidance for the application of reasonable nursing measures and effectively reduces the incidence of postoperative complications. A study [12] demonstrates that, actively preventing the disease progress of patients with predictive nursing can significantly reduce risk factors and ensure the safety of patients.

Improving motor function and neurological function, enhancing living quality and reducing disability rate are the major objectives for the treatment of cerebral haemorrhage [13-16]. The research results suggested that, the scores of motor function, living quality and neurological function in the observation group were much higher than those of the control group, suggesting predictive nursing was positive to the prognosis of patients with high blood pressure and cerebral haemorrhage. Besides, it was also found that, the incidence of complications such as lung infection, hyperpyrexia and pressure sores were lower than that of the control group, suggesting predictive nursing could effectively reduce the incidence of complications and had great significance to the improvement of curative effect and nursing quality. As to the satisfaction degree, the satisfaction degree of the observation group reached 100%, and only two patients died in the observation group (3.3%), which was better than that of the control group (11.7%).

To sum up, nursing works is of great significance in the rescue of patients with cerebral haemorrhage. Timely application of predictive nursing can ensure the accuracy of disease condition determination, lower the incidence of complications, improve satisfaction degree, improve prognosis, and reduce death rate. Hence it is worth promoting.

All authors declared there was no conflict interests involved.