Corona Virus Disease 19 (COVID-19), which first appeared in Wuhan, China, in early December 2019, has quickly spread throughout the world, with verified cases in virtually every nation, and has created a major worldwide public health catastrophe. Severe Acute Respiratory Syndrome Corona Virus 2 was identified as the etiological agent (SARS-CoV-2). The pandemic has infected a large number of people, considerably more than the counterparts of Severe Acute Respiratory Syndromes (SARS) and Middle East Respiratory Disease (MERS), but with a lower death rate. According to Chinese official surveillance figures, the number of confirmed infection cases in Wuhan has grown to 44,412 by February 19, 2020, and 74,280 in China overall. Wuhan is a Chinese transportation hub, a densely populated metropolis with a population of more than 14 million people in 2019. On January 30, 2020, the World Health Organization (WHO) held a meeting and proclaimed the coronavirus epidemic in China to be a public health emergency of international significance. Furthermore, there are several worries and discussions throughout the world, indicating that a better knowledge of China's procedures in dealing with the epidemic is required.

Human transmission is generally accomplished by direct, indirect, or close contact with infected persons through infected fluids such as respiratory secretions, saliva, or respiratory droplets released when an infected person coughs, sneezes, or talks. On March 11, 2020, the World Health Organization established the moniker COVID-19 and labelled this unique coronavirus illness a pandemic. The virus is extremely infectious, with a two-to-four-day incubation period. By attaching to Angiotensin-Converting Enzyme 2 (ACE2) receptors, the virus infects human respiratory epithelial cells. The case mortality rate is expected to be between two and three percent. Since the beginning of March 2020, there has been a significant increase in new cases and COVID-19-related deaths outside of China. More than 7 million confirmed cases and over 400 thousand fatalities had been recorded from 213 countries and territories as of June 8, 2020. The disease is mostly diagnosed using a polymerase chain reaction Reverse Transcriptase-Polymerase Chain Reaction to identify viral RNA in a nasopharyngeal swab or Broncho-Alveolar Lavage (BAL) (RT-PCR). Symptomatic and supportive care are the mainstays of treatment. Several vaccinations are still undergoing clinical testing at various levels. Coronaviruses are a kind of enveloped RNA virus with crownlike glycoprotein projections on the surface (hence the name Coronaviruses). They have a single-stranded positive-sense RNA genome that is not segmented. Coronaviruses are divided into four groups: alpha, beta, gamma, and delta. Animals (people, bats, camels, rats, etc.) are the gene sources for alpha and beta coronaviruses, whereas birds appear to be the source of gamma and delta coronaviruses, according to genomic research. Common human coronaviruses in circulation, such as 229E, NL63, OC43, and HKU2, are known to induce moderate selflimiting upper respiratory tract illness. SARS-CoV-2, MERSCoV, and the current SARS-CoV-2, all of which are betacoronaviruses, have caused significant epidemics with variable clinical severity ranging from mild self-limiting disease to lifethreatening illness.

On December 31, 2019, the Chinese Center for Disease Control (CDC) received a report of a cluster of individuals with pneumonia of unclear origin in Wuhan, China. The etiological agent was initially identified as a new coronavirus known as SARS-CoV-2. The illness began in the Huanan seafood and animal market in Wuhan, Hubei Province, and gave evidence of animal-to-human transmission via the sale of seafood and live animals. Following then, the illness was discovered in a rising number of individuals both within and outside Wuhan city who had not been exposed to animal markets, implying person-to-person transmission. The World Health Organization's International Health Regulations Emergency Committee designated the outbreak a Public Health Emergency of International Concern (PHEIC) on January 30, 2020. Furthermore, the World Health Organization (WHO) created the acronym COVID-19 on February 19, 2020, and proclaimed this unique coronavirus illness a pandemic on March 11, 2020. Globally, more than 7 million cases and 400 thousand fatalities had been documented as of June 8, 2020. COVID-19 has caused enormous human and health crises, and the efforts made to contain the terrifying epidemic have triggered a global financial catastrophe. In January and February of 2020, China had the highest number of cases and COVID-19-related deaths, but by the beginning of March, the trend was rapidly reducing. The epidemic was swiftly brought under control thanks to their fast and effective countermeasures. However, beginning in March 2020, the number of cases and COVID-19 related deaths outside of China (around the globe) increased dramatically. COVID-19 has caused a significant increase in the number of cases and fatalities worldwide, far outnumbering China.

SARS-CoV-2, which is related to SARS-CoV and is thought to have originated in bats, has spread swiftly over 213 countries and territories, culminating in a severe and deadly pandemic. The World Health Organization has designated the illness a public health emergency of worldwide concern due to its severity. In the last two decades, such life-threatening viral outbreaks have become increasingly common, emphasising the importance of developing effective public health policies to combat the never-ending risks posed by emerging diseases. 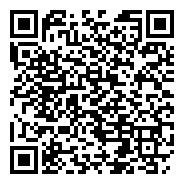