Correlation between tumour necrosis factor-alpha and other co-variates and different grades of blood pressure in essential hypertensive patients.

This study endeavours to correlate levels of TNF-alpha and other co-variates (BMI; abnormal lipids; blood sugar; microalbuminuria) and different grades of blood pressure in essential hypertensive patients. Sixty newly detected patients of Essential Hypertension were recruited in the study. It comprised of 36 males and 24 females categorized into stage 1 or stage 2 hypertension. TNF-alpha levels were consistently found to be elevated in both the stages of hypertension. Though females in the study had slightly higher mean values of TNF- alpha than the males, the difference was not statistically significant (p>0.05). No significant correlation was observed between levels of TNF- alpha and stage of hypertension (p>0.05). Using Pearson’s Correlation coefficient, TNF-alpha levels were found to significantly correlate with LDL (p<0.05) and BMI (p<0.001). 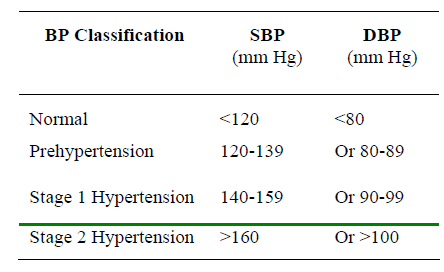 In recent years there has been much focus on the exis-tence of generalized endothelial dysfunction in Essential hypertensive patients, which is a precursor of decreased vascular smooth muscle relaxation. This is attributed to decreased Nitric Oxide availability secondary to impaired production or increased inactivation. Also atherosclerosis, which is a key contributor to essential hypertension, has been firmly established to be an inflammatory process with local microinflammation in the atheromatous plaque. High blood pressure [HBP] has been associated with ele-vated c-reactive protein [CRP], a marker of chronic mild inflammation. Hypertension causes increase in pulsatile load and cyclic wall stress on the vasculature, which in turn affects endothelial cell gene expression and function which promote endothelial expression of cytokines and ultimately this leads to increase in inflammatory markers.

Tumor necrosis factor-alpha (TNF-α) is a cytokine inv-olved in systemic inflammation and is a member of a group of cytokines that all stimulate the acute phase reaction. TNF causes apoptotic cell death, cellular proliferation, differentiation and inflammation. Elevated plasma levels of tumor necrosis factor-alpha have been shown to predict future risk of plaque rupture. In patients with essential hypertension circulating levels of not only high sensitivity CRP (hs-CRP) but also the infla-mmatory cytokine TNF- α are related to Pulse Wave Velocity (PWV) and wave reflection. Whether the vas-cular inflammation promotes the cycle of arterial stif-fening and hypertension or the high BP stiffens the arteries to initiate a cascade that results in vascular inflammation and increased arterial stiffness is not very clear.

TNF- α have been shown to be predictive of future cardiovascular disease (CVD), and drugs which modify their levels can reduce the risk of myocardial infarc-tion and stroke. It has been known for years that hypertension represents an important risk factor for CVD and its treatment is mandatory to prevent future adverse events. The idea that hypertension and inflam-mation are somehow linked emerges from the recent cross-sectional and prospective studies showing that circulating inflammatory molecules are increased in hypertensive patients, and their levels predict the on-set of hypertension. The study is an attempt to investi-gate correlation between various inflammatory markers in patients with different grades of blood pressure and to correlate them with other co-variates like age, Body Mass Index, lipid profile etc. which might have an important bearing on the conclusions.

Sixty newly detected patients of Essential hypertension were recruited in the study after taking informed consent. The subjects attended Cardiology clinic and Medical OPD of the Department of Medicine, J.N. Medical College and Hospital, Aligarh Muslim University, Aligarh and were recruited if they fulfilled the criteria for inclusion i.e. first time detected patients of essential hypertension who were not on any prior treatment and classified into grade 1 or grade 2 hypertension according to JNC-VII criteria.

The patients having secondary hypertension including chronic Kidney Disease, smokers, diabetes Mellitus, acute or chronic inflammatory conditions including collagen vascular diseases, acute or chronic infection, familial dyslipidemias, acute coronary syndromes and cerebro-vascular accidents, patients on Statins or lipid lowering therapy and women on hormone replacement therapy were excluded. The patients were asked to rest for at least five minutes. Blood pressure was measured in patients in both the upper extremities in the sitting, supine and stand-ing position (for at least 2 minutes). Particular note was made for a rise in diastolic B.P when the patient changed from supine to standing position; a characteristic of essen-tial hypertension while a fall in the absence of antihyper-tensive medication is suggestive of secondary hyperten-sion. An average of two sitting readings on two different visits was taken before assigning them to specific group of JNC-VII classification of blood pressure.

Blood samples were collected in sodium fluoride vials for plasma glucose and in plain vial for serum lipids, Blood urea, Serum creatinine, hs-CRP after overnight fasting. Other investigations like; 12 lead Electrocardiogram Chest X-Ray PA view, urine albumin:creatinine ratio (microalbuminuria) and USG abdomen were done in all the patients while colour doppler of renal artery was done in selected cases.

Tumor necrosis factor-α was estimated by antigen capt-ure ELISA. Test sera from different patient were collected and serial dilution were made in appropriate coating buffer starting from 1:100. 100μl from each dilution were plated in 96 well polystyrene microtitre plate and kept at 4ºC for overnight. After proper washing, wells were blocked for 1 hour at room temperature with 200μl of PBS (pH 7.0) containing 2% BSA per well. The plate was washed fives times with PBS-0.05% Tween 20. Anti TNF-α sera raised in rabbit was diluted upto 1:1000 in PBS - 1% BSA and 100μl was plated into each well. The plate was kept at 37ºC for 1 hour. After usual washing all the wells were charged with 100μl HRPO conjugated rab-bit anti mouse IgG (total antibody) and kept for 1 hr at 37ºC. After washing with PBS-T the plate was incubated with 100μl OPD substrate solution for 5-10 min and color production was stopped by adding stopping solution (2N HSO). All assays were performed in triplicate. The conce-ntration of TNF-α in the sera sample was calculated for each patient using a linear regression equation obtained from standard curve prepared with rTNF-α. All ethical norms have been followed during the study.

The study was conducted sixty newly diagnosed patients of Essential Hypertension. There were 36 males and 24 females. Of the 60 essential hypertensive subjects studied 26 were in stage 1 hypertension (according to JNC VII classification) while the rest 34 were in stage 2 hyper-tension. 15 out of 60 patients (20%) had normal serum lipid levels. Rest of the patients were dyslipidemic with derangement in one, two or all the three components of the lipid pro-file. Dyslipidemia was defined as: LDL-Cholesterol >130 mg% or HDL-C < 40 mg% (Adult Treatment Panel- III Guidelines) or Triglycerides >160mg%. There were 20 dyslipidemics (79.6%) in Stage 1 hypertension and 25 (83.3%) in Stage 2 hypertension. 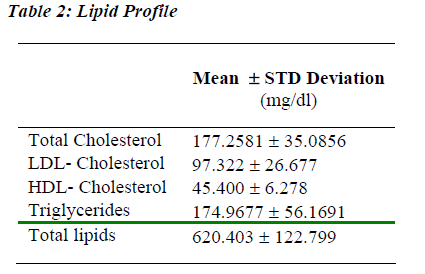 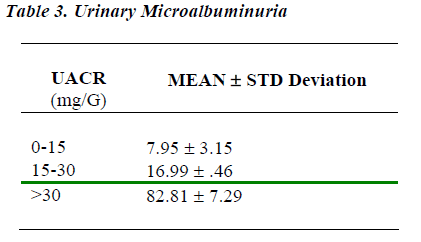 Table 4: Pearson’s Correlation of TNF-alpha with other variables

Microalbuminuria which was calculated as Urinary albu-min : creatinine ratio (UACR) was unrelated to age and Body mass index (p>0.05). The study subjects were di-vided into three groups according to their UACR values. Group 1 consisted of 44(73.3%) subjects who had UACR values <15 mg/G, while 13.3% (n=8) subjects had border-line microalbuminuria (UACR: 15-30mg/G) and were placed in Group 2. Groups 3 consisted of an equal number of patients as Group 2, and were classified as having overt microalbuminuria (UACR>30 mg/G). Mean UACR val-ues in Stage 1 hypertension were 17.15±21.55 mg/g as compared to 20.76±28.78mg/g in Stage 2 hypertension, the difference between the two means not being signifi-cant (p>0.05).

Only 12 patients had TNF- alpha values of less than 4 pg/mL (20%). Minimum value was 3.74 pg/ mL while maximum was 19.62 pg/mL. Though females in the study had slightly higher mean values of TNF- alpha than the males the difference was not statistically significant (p>0.05). No significant correlation was observed be-tween levels of TNF- alpha and stage of Hypertension though the levels were elevated in both the stages.

The present study was conducted on newly detected pa-tients of essential hypertension in J.N. Medical College, Aligarh. The study group comprised of sixty essential hypertensive subjects, 36 males and 24 females catego-rized into stage 1 or stage 2 hypertension. Most cases were in 50-60 year age group (n=21), while they were more or less equally distributed in other age groups. Headache was the most common clinical feature, present in 46% cases in stage 1 hypertension and 59 % cases in stage 2 hypertension. Fourteen patients in the study were overweight while 8 were obese. There was greater preva-lence of dyslipidemia with increasing BMI. Systolic, Dia-stolic and Mean Arterial Pressures differed significantly (p<0.05) between normal and overweight subjects. EKG showed left atrial enlargement (LAE) as the most com-mon isolated abnormality detected in 17% (n=10) of the patients. Fundus examination revealed hypertensive reti-nopathy in 18 patients of which 6 had stage 1 and 12 had stage 2 hypertension. There were 20 dyslipidemics (79.6%) in Stage 1 hypertension and 25 (83.3%) in Stage 2 hypertension.

On comparing microalbuminuria and TNF-alpha values in dyslipidemics and non-dyslipidemics, a significant differ-ence was found in the levels of TNF-alpha (p<0.05). Urinary microalbuminuria (Albumin-Creatinine Ratio) was unevenly distributed through out the study subjects irrespective of the stage of hypertension. TNF-alpha levels were consistently found to be elevated in both the stages of hypertension in our study. There are positive associations between TNF-alpha and BP variabil-ity in healthy, normotensive adults, suggesting that in-flammation may be one of the factors that promotes in-creased BP variability [3]. The results of a study showed that increased visceral adipose tissue appears to be a det-erminant covariable in the association between high TNF-alpha concentrations and alteration in the metabolic profile [4]. In conclusion, the prevalence of elevated se-rum TNF-alpha levels was higher in overweight subjects than controls [5]. TNF-alpha, a marker of systemic infla-mmation, is independently related to pulse wave velocity, a marker of aortic stiffness, and augmentation index, a manifestation of wave reflection, in essential hypertension [6]. Nevertheless, the temporal relationship between TNF-alpha and HBP should be ascertained in prospective cohort studies [7]. These studies emphasize the impor-tance of inflammatory mechanisms in atherosclerosis [8].

Various studies shows that inflammatory markers are ele-vated in hypertension with Target Organ damage (TOD) and are not elevated in uncomplicated hypertension with-out TOD [9]. Important blood pressure-regulatory sys-tems, such as the renin-angiotensin system and sympa-thetic nervous system, interact with the proinflammatory cytokine -TNF- . Thus, endothelial dysfunction associat-ed with many forms of hypertension may, in part, be me-diated by proinflammatory cytokines [10,11]. TNF-alpha levels were consistently found to be elevated in both the stages of hypertension. Using Pearson’s Correlation coef-ficient, TNF-alpha levels were found to significantly cor-relate with LDL (p<0.05) and BMI (p<0.001).

We conclude from the study that; there is a strong asso-ciation between BMI, hypertension and abnormal lipids. TNF-alpha levels are elevated in essential hypertension, reinforcing the view that hypertension is in part an in-flammatory disorder, but their levels does not correlate significantly with different grades of blood pressure. TNF-alpha levels are strongly associated with the compo-nents of Metabolic syndrome (in our study hypertension, LDL and BMI though association with Triglycerides, fasting blood sugar and HDL cholesterol was not signifi-cant), Microalbuminuria though present in essential hy-pertension is not significantly associated with the severity of hypertension, there is no association between TNF-alpha and Microalbuminuria.