Objective: This research aimed to investigate the influence of admission glucose level on the short-term outcomes after percutaneous coronary intervention.

Methods: 750 consecutive patients who underwent PCI after acute coronary syndrome during December 2011 and December 2013 were investigated and divided into three groups according to their admission glucose level: Group I (ABG<7.8 mmol/l), group II (7.8 mmol/l ≤ ABG<11.1 mmol/l), group III (ABG ≥ 11.0 mmol/l). In-hospital and 6-month complications were analysed and compared between the three groups.

Statistical analysis was performed using SPSS version 18.0. Discrete data measured from different groups are presented as mean ± standard deviation, and enumeration data is expressed by percentage (%). Measured data were analysed with paired t test while the enumeration data were analysed with χ2 test or the Fischer exact probability method (when sample data was insufficient). The suspected factors affecting PCI complications were analysed by univariate analysis. The factors that had P<0.20 from the univariate analysis were subsequently analysed by logistic multivariate analysis. Statistical significance was defined as a p<0.05.

The patients were grouped based on admission blood glucose level, where 549 (73.2%) cases constituted the normal ABG group (ABG<7.8 mmol/L), 128 (17.1%) were in the normalhigh ABG group (7.8 mmol/l ≤ ABG<11.1 mmol/l), and 73 cases were placed into the high ABG group (ABG ≥ 11.0 mmol/l). Table 1 lists basic clinical data of the 3 groups. The average admission ABG of the three groups was 5.44 ± 0.93 mmol/l, 8.90 ± 0.96 mmol/l, and 13.94 ± 2.71 mmol/l respectively. Compared with the other two groups, the proportion of patients with previous history of diabetes in high ABG group is significantly higher. (68.5% vs. 41.4% vs. 12.5%, P<0.01), in which the ratio of STEMI was the highest. Meantime, in high ABG group more patients with hypertension and chronic renal failure etc. complications. On admission, patients with acute heart failure were significantly more than the other two groups. However, the three groups of patient’s age and gender have no significant difference and proportion of patients who smoking is roughly the same. At the same time, the incidences of chronic obstructive pulmonary disease, peripheral vascular disease and hyperlipidaemia were also similar. Compared with the other two groups, high ABG group’s patients with old myocardial infarction, previous stroke history and history of vascular remodelling were not significantly increased.

Table 1: The basic clinical data of three groups based on the admission blood glucose level.

Table 3: Conclusions of three groups based on admission blood glucose level in hospital and 6 months after operation. 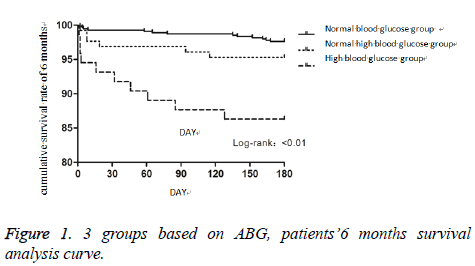 Table 4: Independent predictors of mortality in patients with acute coronary syndrome in hospital and after surgery.

There are many reasons for hyperglycaemia in ACS patients, and we have shown that diabetes was one of the most important factors. The proportion of high blood glucose patients with diabetes history was the highest. However, in our study we did not find that diabetes was the leading cause in terms of independent factors of poor prognosis. Therefore, other factors may also play a role. The probable reasons included: 1. patients with occult diabetes, the result of oral glucose tolerance test decreased in patients with myocardial infarction, but they were not diagnose as diabetes without clinical diabetic symptoms. In fact, diabetes is risk factors for coronary heart disease, and its effect on the coronary possible start at earlier stages to reduce the oral glucose tolerance test [10]. In fact, Norhammar et al. found that after an oral glucose tolerance test, 31% of AMI patients whose blood glucose was lower than 11.1 mmol/l were diagnosed with impaired glucose tolerance and diabetes 2 [11]. Stress hyperglycaemia-due to sympathetic excitement in ACS patients, hyperglycaemia may result due to the increased glucagon and blood glucose release hormones [12]. The stress hyperglycaemia can aggravate heart inflammation, apoptosis and accelerate the coagulation process, which can cause an increase in the area of myocardial infarction, decreased and left ventricular ejection fraction and other poor prognoses.

High blood glucose at admission in ACS patients after PCI had poor prognosis, thus emphasising the need for PCI perioperative glycaemic control [13,14]. Although studies have shown that insulin has a protective effect on acute myocardial infarction, more clinical data is needed to determine whether conventional insulin therapy that will be implemented on patients with high blood glucose on admission.