Contribution of the passive ultrasonic irrigation ?PUI? and LASER Nd: YAP in the reduction of endodontic bacterial flora.

The effectiveness of sodium hypochlorite 2.5%, used to remove of the infected pulp endodontic flora was tested in vitro with three irrigation methods. Root canals of freshly extracted teeth infected were treated as follows: the first group was irrigated with a conventional manual syringe, the 2nd group received a passive ultrasonic irrigation (PUI) and the 3rd group was treated with Nd: YAP. A bacteriological sample was taken on each tooth before and after treatment using sterile paper points, these points were immediately placed in sterile petri dishes containing agar cooked (GSC) blood and incubated anaerobically at 37°C for 48 h. The bacteriological study was performed according to standard molecular biology. Analysis of the results was carried out with the software epi-info3.3.2.le rate is retained signifiance p<0.005. The results showed the superior efficacy of PUI and laser eradication endodontic flora compared to conventional irrigation.

It is now accepted that bacteria and their degradation products are essential in the development of the pulp and periapical pathologies [1,2]. Bacterial persistence after endodontic treatment has been directly implicated in persistent infections affecting the prognosis of root canal treatment [3,4]. The bacteria, once established in the root canal cannot be reached by the host defense mechanisms, the use of mechanical processes (shaping) and chemical (irrigation) remains the only way to remove them. The need for irrigation called "active" is accepted since 1982, thanks to a study of Moorer [5]. Indeed, the reservoir of irrigator available is static, which does not promote circulation and penetration of active agents throughout the root canal system (dentinal tubules, isthmus, anastomosis, accessory canals, lateral canals). These areas remain inaccessible to mechanical and chemical preparation and can reduce the prognosis of the endodontic therapy.

When the instrument or the needle enters the apical portion, irrigating will ebbed coronal and it is only when we will remove the needle that can irrigate down apically in place that 'previously held the instrument or needle [6]. For this reason, Clifford says that the majority of root canal shaping is made in a canel containing a minimum of irritant, irrigation will thus truly effective only at the end of canal preparation, when conicity and apical diameter will be sufficient.

Irrigation "active" with mechanical agitation of the irrigators will have to be carried out during the final rinse phase. Many irrigators were tested during Endodontic Treatment (TE); however sodium hypochlorite (NaOCl) remains the solution of choice for these dissolution properties of organic tissues and its bactericidal power [7].

It is on the basis of these works, we conducted this study, which aims to make a comparison between 3 the root canal irrigation techniques, lavished the end of preparation; the conventional technique with a manual syringe, the PUI and the laser.

The study was conducted in vitro over a period of 4 months. In total 128 single-rooted teeth, infected freshly extracted, were randomly divided into 3 groups of 42 teeth each. Each tooth extracted, was immediately cleared of all traces of blood with a sterile compress soaked in saline, tartar if it exists was removed with ultrasonic inserts. The crown was subsequently been cut with a diamond disk near beak benzene, a bacteriological sample was collected as follows [8].

Using a sterile syringe is deposited inside the canal a few drops of sterile saline:

1. With a file K n° 15, it is catheterized the Canal, while performing pigging movement at the walls.

2. We Introduced successively 2-3 spikes 15/100 caliber of paper for sucking the root canal content.

4. Once realized root canal treatment the canal is thoroughly irrigated with saline to remove any trace of antiseptic.

5. A second bacteriological sample is then performed using the same protocol.

8. All teeth were manually prepared with at least steel tooling to n°.40 and were irrigated with 2.5% NaOCl throughout the formatting.

9. At the end of the preparation teeth received a final irrigation as follows:

1. The first group was irrigated conventional way with NaOCl to 2.5% by means of a syringe.

2. The second group received a passive ultrasonic irrigation (PUI) for one minute.

3. The third group was treated with Laser LOKKI Nd; YAP (2 series of 3 shots) at the apical third, middle and cervical with a 10 s pause between each series of shots.

10. Analysis of the results has been carried using the Epi-Info software Version 3.3.2.

12. The degree of significance is retained.

The bacteriological analysis revealed the presence of from 2 strains per canal (Figure 1), with predominance of Gram+ bacteria, including Streptococcus and Staphylococcus fusobacteria followed.

Bacteriological samples after treatment revealed the persistence of streptococci, staphylococci and fusobacteria have by against responded well to treatment (Figure 2).

Analysis of the results revealed an eradication rate of 40.48% of germs for the first group "conventional irrigation", while it is 93% in PUI and 100% after treatment Laser LOKKI (Figure 3).

Figure 3: Percentage of eradication germs according to the technique

Our study was aimed at compare the efficacy of three endodontic irrigation techniques based on bacteriological results. They have clearly demonstrated the superiority of the PUI and the laser compared to conventional irrigation. The majority of previously conducted studies have demonstrated the interest of using an agitation "dynamics" of the irrigator (the conventional technique is considered "static") to improve the dissemination of the irrigator at the apical third to remove dentinal debris accumulated during the forming [7,9-11].

More recently De Gregorio et al. [12] attributed the inadequacy to clean a physical effect called Vapor Lock, for the author, the progression of a liquid in a closed channel (close-ended channels) is hampered by the entrapment of gas bubbles at its end portion, creating a vapor lock that would prevent the liquid from moving further. Canal being delimited by the alveoli would behave as a closed tube closed-end channel.

Given that our study was conducted in vitro, so we cannot attribute the persistence of germs Vapor Lock effect.

Bacteriological analysis of the results showed the persistence of streptococci after treatment, which is in agreement with the work of DE Chevigny et al. [13].

However, recent studies have directly implicated the Enterococcus faecalis in treatment failures endodontic [14]; but the fact that this organism is able to convert into viable state and not cultivable could explain the fact that he has not prevailed in our cultures, especially with standard microbiological techniques such as we have used [15].

Statistical analysis proved the existence of a significant difference between the 3 tested irrigation techniques, but it would be interesting to test these in vivo techniques, while using a more sophisticated technique of bacterial identification as PCR.

Conventional irrigation being static, it does not allow the progress of the deep irrigator, which could explain the high failure rate 59.5%, in contrast to ultrasonic agitation and laser or the fluid movement induces formation of an originally cavitation effect of micro-implosions which allows stripping deep walls and a disorganization of bacterial biofilm, probably the origin of the reduction or absence of germs after treatment [16,17].

More recent studies have compared different irrigation techniques, being based on the smear layer that persists after endodontic treatment, at the third coronal, middle and apical, this, by having recourse to a scanning electron microscope.

Thus in their study Sahar-Helf et al. [18] concluded that the Er: YAG laser used at low energy with EDTA at 17% solution was the ability to remove the smear layer in the three 1/3 of the canal even when the fiber was applied only in the cervical 1/3, unlike the PUI and the use of positive pressure with a syringe, although these are applied to 1 mm from the working length.

In another study, Akyuz Ekim et al. [19] compared the effectiveness of 7 final irrigation techniques compared to a control group that received only distilled water, the observation was also performed with a scanning electron microscope, they concluded that irrigation with laser Er: YAG laser using with photon-induced photoacoustic streaming (PIPS) was superior in terms of removing the layer SM, from the PUI to the negative pressure apical (ANP), Nd: YAG and Er: YAG but the difference was not statistically significant (P>0.05), and that all the techniques tested except ANP and laser diode eliminated more effectively SM layer at the cervical and middle third compared to the apical 1/3, with a statistically significant difference (P<0.05).

At last, in their study da Costa Lima et al. [20] concluded that no Technical was really effective for the removal of the smear layer at the apical third, however, they judged the PUI was most effective, followed by Laser Nd: YAG, agitation with Canal Brush, then the ProTaper system.

The active agitation of the irrigator end of preparation must now be regarded as an essential step of the root canal treatment. Canal preparation should be considered as a shaping that will facilitate cleaning and disinfecting the root canal system by the quality of access it provides for the flow of irrigation solutions. During the formatting, its main function is to wash the debris that is produced by the instrumentation. At the end of the formatting, it eliminates residual debris; however, it is necessary to admit that passive irrigation syringe is insufficient to ensure penetration and a complete renewal of the solution in the apical third. 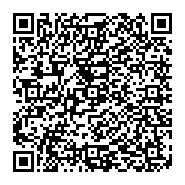