Comparison of the efficacy of six different Helicobacter pylori eradication regimens: greater than or equal to another

Objective: This study aimed to compare H. pylori eradication rates of different therapy regimens that are commonly used and investigated.

Conclusion: Although H. pylori eradication rates of hybrid, sequential and concomitant therapy regimens were higher than those of quadruple and standard triple therapy regimens, they were also far from the ideal rate.

The prevalence of Helicobacter pylori is as high as 90% in developing countries. H. pylori infection is associated with chronic gastritis that may progress into Peptic Ulcer Disease (PUD), gastric adenocarcinoma, and mucosa associated lymphoid tissue lymphoma (MALToma) [1,2]. In 1994, H. pylori was defined as a grade 1 carcinogen by the World Health Organization.

Although H. pylori infection can be diagnosed easily, eradication can be difficult. H. pylori eradication rates are low due to resistance to antibiotics, especially in regions where unnecessary antibiotic use is common. Indications for H. pylori therapy were defined by the Maastricht IV consensus report. According to the Maastricht IV consensus report, standard triple therapy, which consists of a Proton Pump Inhibitor (PPI) plus clarithromycin plus amoxicillin/metronidazole for 14 d, is recommended in regions where the clarithromycin resistance rate is lower than 15-20%. With time, H. pylori eradication rates with such regimens have decreased [3].

In a randomized controlled study, eradication of H. pylori led to a 25% reduction in dyspepsia consultations after 2-7 y of follow-up. Similar results were also reported in Turkey [4,5]. Despite discrepant results, in Turkey the H. pylori eradication rate is lower than the ideal 80%. In this study, various therapy regimens (i.e. standard triple therapy, quadruple therapy, concomitant therapy, hybrid therapy, and sequential therapy) were given to similar patient groups. We aimed to compare H. pylori eradication rates using these different therapy regimens that are routinely applied in clinical practice.

The study included 210 patients who were admitted to the Kocaeli Derince Education and Research Hospital Gastroenterology Outpatient Clinic with H. pylori positive nonulcer dyspepsia in 2015 (January-December). All subjects were informed about the study protocol, and written consent was obtained from all participants. The presence of H. pylori was assessed via histological examination. Two samples were taken from the gastric antrum and corpus for histological assessment and rapid urease test during upper gastrointestinal endoscopy. Exclusion criteria included a history of previous H. pylori eradication therapy, upper gastrointestinal surgery or gastric malignancy, impaired liver or renal function, pyloric stenosis, pregnancy or breastfeeding, and a history of allergy to penicillin or any other antibiotic. To prevent any interference with H. pylori eradication, patients who had taken bismuth salts, nonsteroidal antiinflammatory drugs, PPIs, H2 receptor blockers, antibiotics, or probiotics within the previous 4 w were also excluded.

Six different therapy regimens were prescribed to patients. Therapy regimens are given in Table 1. The regimen given to each patient was chosen by lot, in that a number from 1 to 6 was written on a piece of paper, 35 pieces of each number were enclosed in a bag and one piece was chosen by each patient. Patients underwent a urea breath test (UBT) 4-6 w after completion of therapy. Patients were warned not to take any PPI or antibiotic during this time. Adverse events were recorded. Patients who took at least 80% of the scheduled doses of the prescribed regimen were accepted as compliant.

All patients were evaluated with Intention-to-Treat (ITT) analysis, in which patients without a final H. pylori determination or with protocol violations were considered treatment failures. Per-Protocol (PP) analysis included all subjects that took at least 80% of the scheduled doses of the prescribed regimen and completed the final H. pylori status assessment. Statistical calculations were performed using SPSS version 11.0, 2000 software (SPSS Inc., Chicago, IL, USA). Results are presented as mean ± standard deviation for quantitative variables, and as number and percentage for qualitative variables. The difference in H. pylori eradication rate between the groups was assessed using the χ2-test. Probability values less than 0.05 were considered significant.

The study included 210 patients. All patients were Caucasian, and 90 of them (42.9%) were men with a mean age of 42.39 ± 12.01 (18-79 y). Demographic characteristics of the groups are shown in Table 2. There was no statistically significant difference between the groups with regard to age and gender.

Table 2: Demographic characteristics of the patients.

The patients were randomized to group 1 (hybrid), group 2 (sequential), group 3 (quadruple), group 4 (standard triple), group 5 (concomitant 1) and group 6 (concomitant 2) for H. pylori eradication. In total, 11 patients (3 in group 1, 5 in group 3 and 3 in group 5) did not return for the post-treatment follow-up. In all, 210 and 199 patients were enrolled in the ITT and PP analysis, respectively.

Table 3: Eradication rates of the groups.

Table 4: Rates of adverse effects in the therapy groups.

Although the association between H. pylori and PUD, gastric adenocarcinoma, and MALToma is well established, eradication of H. pylori remains difficult. To be accepted as successful, any given therapy regimen should provide at least an 80% eradication rate [6]. However, it is usually impossible to achieve this goal. The same drugs are used in various combinations and doses for different durations to increase eradication rates. Eradication rates are low especially in regions where resistance to clarithromycin and metronidazole is common. In fact, regional differences in eradication rates have been shown in recent studies.

Although a standard triple therapy regimen is not recommended in high clarithromycin resistance regions, it is commonly given due to its ease of use in clinical practice. In the present study, adverse events of this regimen were more frequent than those of other regimens; however, they were not so severe as to lead to early discontinuation of therapy.

Hybrid therapy combines the sequential and cocomittant therapy regimens with 7 d of dual therapy (PPI and amoxicillin) followed by 7 d of quadruple therapy (a PPI, amoxicillin, clarithromycin and metronidazole) [13]. Some studies have reported this therapy to achieve high eradication rates [13,14].

Sequential therapy, which consists of the administration of a PPI and amoxicillin for the first 5 d followed by a PPI, clarithromycin and tinidazole/metronidazole for the remaining 5 d, was pioneered in Italy in 2000 [16]. The superiority of this therapy over standard triple therapy has been widely documented [17].

Concomitant therapy was first introduced in 1998 but recently reconsidered as a first line therapy [20-22]. Concomitant therapy consists of quadruple therapy with standard triple therapy (PPI, clarithromycin, amoxicillin) plus metronidazole or tinidazole. The duration of treatment is not standardized, and various durations, ranging from 3 to 14 d, have been proposed. However, various studies have demonstrated the high (>90%) efficacy of concomitant therapy, even when administered for only 5 d [23].

In the study by Zullo et al, the eradication rates were 85.5% with the concomitant regimen, 91.1% with the sequential therapy, and 80% with the hybrid regimen. Differences were not statistically significant [25].

The superiority of our study was that it was a comparison of six different regimens. Relatively small study population was a limitation of our research. However, prospective nature of our study and strict inclusion and exclusion criterion provides favority for our research. Moreover in the literature, many studies performed stool Hp antigen tests for testing eradication success although not being validated. But in our research we performed a validated UBT for evaluating Hp eradication rate, which strengths our results. In Turkey, because of high prevalence of primary antibiotic resistance (clarithromycin 24.8%, metronidazole 33.7%) [27] and reported low Hp eradication rates (40-50%), Standard triple therapy should not be used in Turkey. Although other regimens are superior to Standard triple therapy, their eradication rates were also far from the ideal rate. There is a need for studies based on antibiotic resistance in larger patient groups. 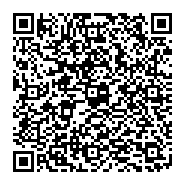