Objectives: To compare the efficacy of oral levetiracetam and valproate in childhood epilepsy by comparing number of repeat seizures for 6 months, side effect profile, retention rates and time to first seizure. Setting-The study was conducted in tertiary care hospital of North India. Participants-Hundred children, 3-12 years of newly diagnosed epilepsy (generalised or focal motor). Intervention-Children were randomly allocated to receive oral valproate or levetiracetam in a dose of 20 mg/kg/day after initial loading dose (n=50 in each group). Drug levels were estimated by ELISA method at steady state, end of therapy and in case of any seizure activity. Side effect and repeat seizures were recorded till 6 months. Outcome measures-No repeat seizure activity for 6 months, side effect profile, achievement of therapeutic drug levels at steady state and 6 months were studied. Results: Two groups were comparable in basic demographic data. In 6 months, 8 children in valproate group and 12 in levetiracetam gr oup had r epeat seizur e (p=0.317). Mean time to first seizur e was similar in two groups (p=0.930). Mean survival time was 145.16(127.39 ± 162.93) days with levetiracetam and 159.80(145.77 ± 173.82) with valproate. The hazard ratio of valproate for treatment failure was lower. There was 38% more reduction in hazard of treatment failure with valproate compared to levetiracetam though not statistically significant (p=0.297). Overall side effects were comparable (p=0.341). Behavioural side effects were significantly more with levetiracetam (p=0.021). Conclusion: First line therapy with oral levetiracetam or valproate is comparable in efficacy and side effects in childhood epilepsy.

Epilepsy is a common pediatric illness. Approximately 4-10% of children experience at least one seizure in first 16 years of life. The cumulative lifetime incidence of epilepsy is 3% and more than half of the cases start in childhood [1]. Management of epilepsy is based on appropriate Antiepileptic Drugs (AEDs) based on the seizure type, patient co-morbidities, concomitant medications, possible interactions, and adverse event profile. Carbamazepine, sodium valproate and phenytoin have proven efficacy in various seizure types. They are being used interchangeably with no significant difference in efficacy in monotherapy studies Valproate is a broad-spectrum AED used as initial drug of choice in newly diagnosed epilepsy patients [2]. Levetiracetam is a new generation AED licensed for use in pediatric epilepsy since 2006. It is being increasingly used as adjunctive or monotherapy for various seizure subtypes in children and adults. However, randomized trials comparing levetiracetam and valproate in terms of efficacy and safety in childhood epilepsy are lacking [3,4]. Hence this randomized controlled trial was planned to compare efficacy and safety levetiracetam and valproate in newly diagnosed generalized and focal motor seizures in children 3-12 years of age.

A total of 100 children 3-12 years presenting with newly diagnosed focal motor or generalized epilepsy were included. Approval was taken from the Institutional Ethics Committee and a written informed consent was taken from parents or guardians. A sample size of 50 per arm was as calculated. The efficacy of valproate was around 90% [5,6]. Levetiracetam is considered as good as if the efficacy of this treatment is not less than 75%. Thus non-inferior margin is 15%. Considering this non-inferiority limit, a sample size of 49 children per arm is necessary with one-sided 5% level of significance and 80% power. The trial was registered with Indian Council of Medical Research with trial no. CTRI/CTRI/2017/11/010605. Children on antiepileptic medication for more than 15 days, those with congenital anomalies or developmental delay or microcephaly and acute head trauma were excluded. Group allocation was done by sealed envelope technique. Sealed envelopes were prepared using simple randomization by computer generated random numbers. Envelop was opened after any child who fulfilled the inclusion criteria was enrolled. Detailed history regarding type of seizures, duration, birth and development, any previous drug intake, history suggestive of meningitis, head trauma was recorded. Neuroimaging and EEG were carried out. Children diagnosed to have neurocysticercosis received albendazole 15 mg/kg for 21 days and prednisalone 2 mg/kg for five days.

All patients enrolled in the study were given a small booklet containing does and don’ts for the caregivers during an acute event. It also contained the side effect profile of the drug and a chart to maintain follow up. The patient was monitored for seizures at weekly interval for 1 month and monthly interval for 6 months. Patient compliance was assessed by history and asking patients to bring empty bottles and used drug stripes. In case of repeat seizures on a particular drug, doses were titrated and increased up to 30 mg/kg. Side effect profile was monitored at each visit using a check list.

A 3 ml of venous sample was collected aseptically before the first morning dose of the AED. Serum was separated within 30 min of collection and stored at -20 °C. Samples were taken at steady state (4th day for leveteracitam and 7th day for valproate), and at 6 month. Attempt was made to collect samples for AED levels estimation within 24 h of repeat seizure activity. Valproate levels were done using CEDIA® Valproic acid II assay and levetiracetam levels were measured using ARK levetiracetam assay. The minimum detectable concentration by the CEDIA valproic acid II assay was 3 μg/ml and ARK levetiracetam assay was 2 μg/ml. Therapeutic drug levels of valproate were 50-100 mg/dl and levetiracetam were 6-45 mg/dl as per laboratory and kit specifications. Primary outcome of the study was no repeat seizure activity for 6 months. Secondary outcome variable included side effects profile of the patients in each group, achievement of therapeutic drug levels at steady state and 6 months and time to first seizure after steady state of drug.

In this study, 100 children aged 3-12 years were randomized into two groups to receive either valproate or levetiracetam The two groups were comparable in terms of baseline characteristics, including age, mean height, mean weight clinical and laboratory parameters (p>0.05). The hemoglobin, blood urea and serum creatinine were comparable in two groups. None of the children had electrolyte imbalance or hypoglycemia at presentation. The clinical profile of seizures and neuroimaging is shown in Table 1.

Table 1. Comparison of neuroimaging and seizure profile of study subjects.

Table 2. Children with repeat seizure in 6 months in study subjects.

Our results were similar to study done by Berkovic et al. who enrolled 229 patients and reported a responder rate of 72.2% with valproate. Tekgul et al (n=351) conducted study on 351 patients, 6 months to 18 years of age, reported efficacy of levetiracetam as 65% seizure reduction at 3rd month and 63% at 12th month [4]. Similarly, 73 % patients were seizure free at 6 months in levetiracetam group in 579 patients of newly diagnosed epilepsy studied by Brodie et al. [7]. Xiao et al. evaluated levetiracetam and valproate monotherapies in BECTS by retrospectively comparing 56 patients for 18 months. In the levetiracetam group, 57.6% were seizure free and in the valproate group efficacy was 60.9% [8,9].

None of the previous studies have calculated survival time without seizures and hazard ratio. Survival time was more in valproate group though not statistically significant (p=0.297). There was 38% reduction in hazard i.e. first repeat seizure in the valproate group as compared to the levetiracetam group. Whether this result is clinically significant or not, is yet to be determined.

Three patients (6%) were shifted from the levetiracetam group to the valproate group because of lack of seizure control. This is similar to 9% discontinuation seen by Shukla G et al. in a study conducted in north India on 445 patients. This is far less than 44.7% discontinuations (n=98) due to lack of efficacy seen in 1 year follow up study done on levetiracitam as add on therapy [13,14].

In present study age group enrolled was 3-12 years. Children of age less than 3 year were excluded from study due to metabolic abnormalities and malformation accounting for a major proportion of seizures occurring in this age group. In these children, seizures tend to recur in spite of anticonvulsant therapy until the underlying condition has been corrected. Patients with clinical features suggestive of meningitis were also excluded for the similar reasons. Patients with history of acute head trauma were excluded from the study as most of them would require prompt neurosurgical intervention. Hence, a uniform group of patients without symptomatic seizures was enrolled. Efficacy may vary with etiology. Our study had similar etiological profile in both groups. Neurocysticercosis was seen in 34% patients in the valproate group and 42% patients in levetiracetam group. Such high prevalence of NCC was also observed in one study done in the same centre comparing intravenous phenytoin and levetiracetam. NCC was seen in 52% patients in phenytoin group and 44% patients in levetiracetam group. Etiological profile was also similar to that observed in previous studies and neurocysticercosis remains a common cause of epilepsy in north India [15,16].

The strength of the study was with its open label randomized design and homogenous population enrolled in the two group in terms of age, gender, anthropometric and biochemical profile. Neuroimaging was done in all the patients. Regular follow up visit was ensured as drugs used were supplied from the hospital. Drug levels were done in an accredited laboratory. The sample size (50 in each group) and follow up period (6 months) of the study was small as per statistical sample size calculation, though previous studies in children studied similar number of patients.

Hence, we conclude that oral levetiracetam is comparable in efficacy and side effects when used as first line treatment in children presenting with focal motor or generalized tonic clonic epilepsy. 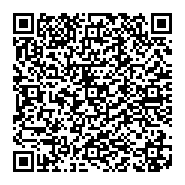