Comparison of a kanamycin versus hygromycin resistance gene in transgenic plant selection of Arabidopsis thaliana L.

To compare the phenotypic differences of non-transgenic and transgenic plants in the presence of kan or hyg, transgenic plants were developed by Agrobacterium-mediated transformation of Arabidopsis thaliana plants as described previously [5] with a pCAMBIA vector construct hosting either a nptII or a hptII gene in the T-DNA region (Figure 1). While the mechanism by which kan and hyg exert inhibitory action on non-transgenic plants has been suggested to be similar [5], the phenotypic appearance of the plants growing in MS-agar plates containing either kan or hyg was not the same. For instance, kan caused a bleaching effect on non-transgenic A. thaliana L. plants, whereas hyg did not cause similar effect (Figure 2). 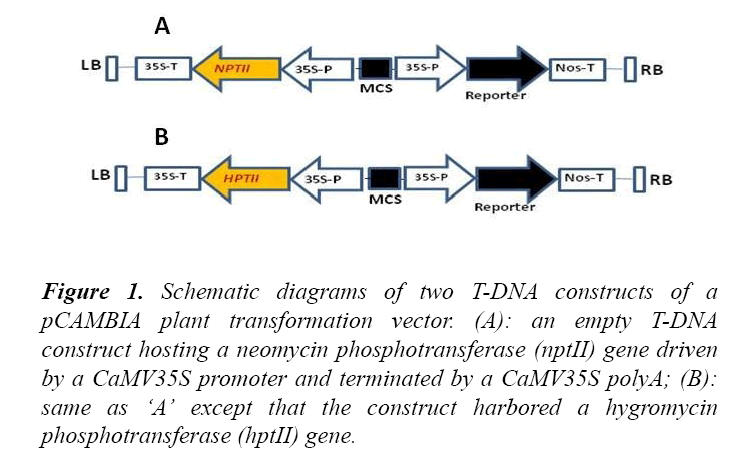 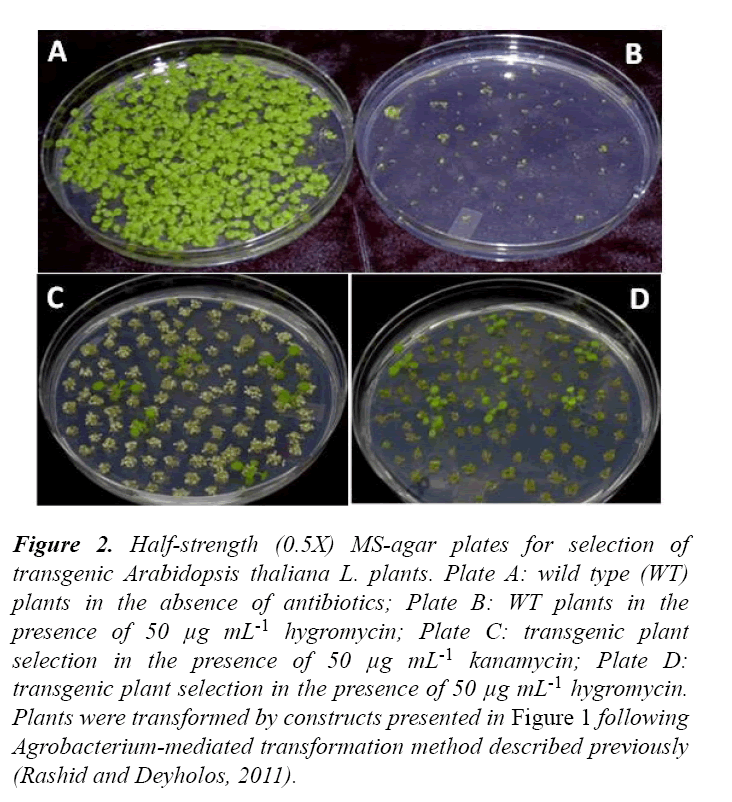 In conclusion, the transgenic selection plates presented in this communication (Figure 2C and 2D) are unique and would serve as a clear guidance for the researchers carrying out research in this field involving Arabidopsis thaliana L. as a model plant, nptII and hptII genes as selectable markers, and kan and hyg, respectively as selection agents.