Comparison of 25-hydroxy vitamin D3, adiponectin and apolipoprotein A5 levels in subjects with different glucose tolerance and their correlation with blood lipid.

Lipotoxicity is one of the important factors for decreased number of pancreatic β-cells and insulin resistance (IR) from normal glucose tolerance (NGT) to impaired glucose tolerance (IGT) and type 2 diabetes mellitus (T2DM), thus diabetes is also known as glycolipid disease that emphasizes the importance of lipotoxicity in the development of T2DM [1]. It has been shown that plasma 25-hydroxy vitamin D 3(25(OH)D3) level can predict hyperglycemia and insulin resistance (IR) [2]. 25(OH)D3 has been extensively focused in the diabetes development process; the researches about the Since correlation among 25(OH)D3, adiponectin (ADPN), apolipoprotein A5 (apoA5) and blood lipid has not yet been reported, we aimed to explore whether there is any correlation among 25(OH)D3, ADPN, apoA5 and blood lipid among people with NGT, IGR, or T2DM. Which might provide important guidance in the prevention and treatment of IGT, T2DM and dyslipidemia.

Heart, liver or kidney disease or endocrine disease; administrated the drugs that may influence the glucose or lipid metabolism within one month; history of any inflammation two weeks before the examination.

Access to food and water were restricted 12 h and 8 h, respectively before experiment. Fasting venous blood sample was drawn to measure blood lipid and glucose. OGTT was performed in the morning by orally taking glucose solution (75 g of anhydrous dextrose in 300 ml of water) within 5 min while fasting.

Data was analyzed with SPSS16.0 and presented as ( 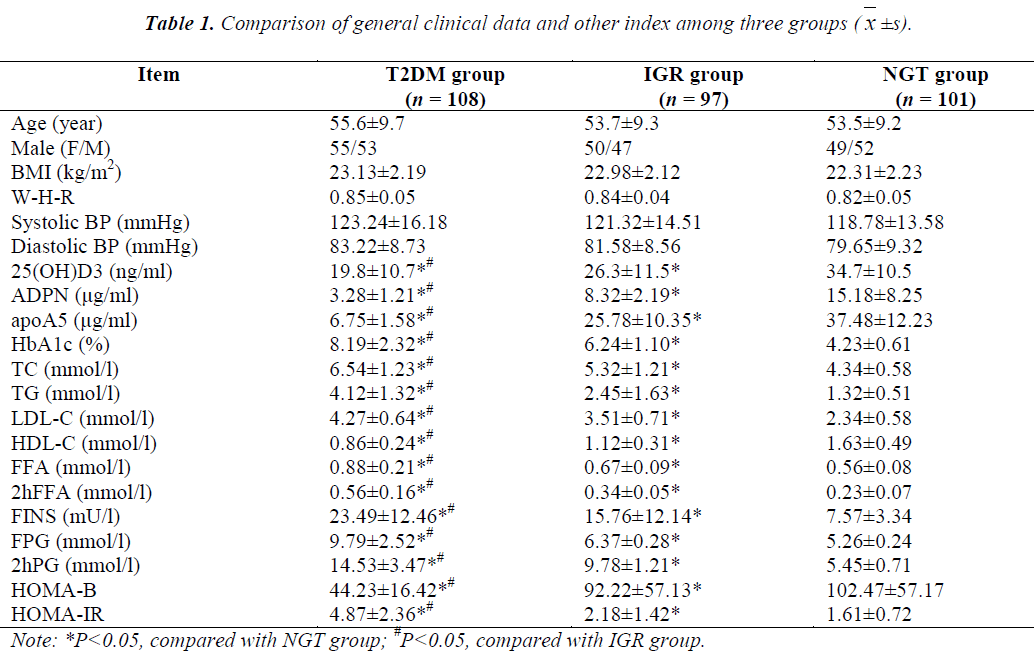 Table 1: Comparison of general clinical data and other index among three groups (

WHO has predicted that there will be 46 million Chinese diabetic patients in 2025, ranking the second in the world. Chinese Diabetes Society believes that attention to IGR risk group is required to prevent this trend. Many studies have demonstrated that blood concentration of 25(OH)D3 is correlated with T2DM morbidity [3-5] and people with vitamin D deficiency are more susceptible to metabolic syndrome and diabetes [6-8]. In 2001, 1ipotoxicity was reported as primary pathophysiologic factor for diabetes and milestone in research on pathogenesis of diabetes [9]. Dyslipidemia is important in T2DM development as it damages the function of mitochondria in muscle and disturbs the role of insulin in glucose metabolism, resulting in glucose metabolism disorder [10,11]. In NGT-IGRT2DM development, glucotoxicity and lipotoxicity are reciprocal causation and contribute to the occurrence and development of diabetes. However, the relationship among levels of 25(OH)D3, ADPN, apoA5 and blood lipid is rarely reported.

Norman et al [12] have discovered that the pancreatic islets from rats with vitamin D deficiency display decreased insulin synthesis and secretion stimulated by glucose and arginine. Research has shown a significant lower level of vitamin D in patients with T2DM than that of healthy controls [13] and a close correlation between reduction of plasma 25(OH)D3 level, IR, obesity and T2DM [14-17]. The above results were consistent with the results of this study。ADPN mainly regulates glucose and lipid metabolism, increases fatty acid oxidation and isulin sensitivity and correlates with obesity, IR and diabetes [18], and protects pancreatic β-cells. Recent research [19,20] has revealed that plasma apoA5 level negatively correlates with TG, BMI, HOMA-IR and low plasma level of apoA5 is involved in IR-related hypertriglyceridemia. Vaessen et al [21] have reported that overexpression of apoA5 decreases plasma TG level, apoA5 deficiency, increase in TG level in human and murine and apoA5 negatively correlates with TG level. In our study, plasma levels of 25(OH)D3, ADPN and apoA5 gradually decreased and HbA1c, TC, TG, LDL-C levels were gradually increased in NGT-IGR-T2DM development; 25(OH)D3 concentration was positively correlated with serum levels of ADPN, apoA5, HOMAB, HDL-C and negatively correlated with HbA1c, HOMA-IR, BMI, WHR, TC, TG and LDL-C; the independent influencing factors of 25(OH)D3 were ADPN, apoA5, HbA1c, TG, WHR and HOMA-IR. Levels of HbA1c, TC, TG and LDL-C in T2DM group were significantly higher than that of IGR and NGT groups, while 25(OH)D3, ADPN, apoA5 and HDL-C levels were distinctly lower than that of IGR and NGT groups. Therefore, we speculate that 25(OH)D3, ADPN and apoA5 could be early indicators for dyslipidemia at increasing risk for diabetes; decrease in plasma levels of 25(OH)D3, ADPN and apoA5 probably act as high risk factors for IGT.