A non-communicable disease (NCD), a disease that's not transmissible directly from one person to a different. NCDs include paralysis agitans, autoimmune diseases, strokes, most heart diseases, most cancers, diabetes, chronic renal disorder, osteoarthritis, osteoporosis, Alzheimer's disease, cataracts. NCDs could also be chronic or acute. Most are non-infectious, although there are some non-communicable infectious diseases, like parasitic diseases during which the parasite's life cycle doesn't include direct host-to-host transmission.

People of all age groups, regions and countries are suffering from NCDs. These conditions are often related to older age groups, but evidence shows that 15 million of all deaths attributed to NCDs occur between the ages of 30 and 69 years. Premature" deaths, over 85% are estimated to occur in low- and middleincome countries. Children, adults and therefore the elderly are all susceptible to the danger factors contributing to NCDs, whether from unhealthy diets, physical inactivity, exposure to tobacco smoke or the harmful use of alcohol.

These diseases are driven by forces that include rapid unplanned urbanization, globalization of unhealthy lifestyles and population ageing. Unhealthy diets and a scarcity of physical activity may show up in people as raised vital sign, increased blood sugar, elevated blood lipids and obesity. These are called metabolic risk factors which will cause disorder, the leading NCD in terms of premature deaths.

Risk factors like an individual's background; lifestyle and environment are known to extend the likelihood of certain noncommunicable diseases. They include age, gender, genetics, exposure to pollution, and behaviors like smoking, unhealthy diet and physical inactivity which may cause hypertension and obesity, successively resulting in increased risk of the many NCDs. Most NCDs are considered preventable because they're caused by modifiable risk factors.

The WHO's World Health Report 2002 identified five important risk factors for non-communicable disease within the top ten leading risks to health. These are raised vital sign raised cholesterol, tobacco use, alcohol consumption, and being overweight. The opposite factors related to higher risk of NCDs include an individual's economic and social conditions.

Historically, many NCDs were related to economic development and were so-called a "diseases of the rich". The burden of noncommunicable diseases in developing countries has increased however, with an estimated 80% of the four main sorts of NCDs cardiovascular diseases, cancers, chronic respiratory diseases and diabetes-now occurring in low- and middleincome countries. Action Plan for the worldwide Strategy for the Prevention and Control of non-communicable Diseases and with two-thirds of individuals who are suffering from diabetes now residing in developing nations, NCD cannot be considered just a drag affecting affluent estimation of the economic impact of chronic non-communicable diseases in selected countries. New WHO report: deaths from non-communicable diseases are on the increase, with developing world hit hardest. As previously stated, in 2008 alone, NCD's were the explanation for 63% of deaths worldwide; variety that's expected to raise considerably within the near future if measures aren't taken. Poverty is closely linked with NCDs. The rapid rise in NCDs is predicted to impede poverty reduction initiatives in low-income countries, particularly by increasing household costs related to health care. Vulnerable and socially disadvantaged people get sicker and die before people of upper social positions, especially because they're at greater risk of being exposed to harmful products, like tobacco, or unhealthy dietary practices, and have limited access to health services. 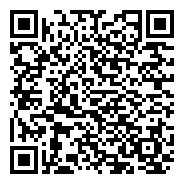