Objective: To determine the clinical profile of pediatric patients presenting with acute poisoning to ETAT of GMC Baramulla. Method: A hospital based cross sectional study was carried in department of pediatrics of GMC Baramulla from May 2019 to Nov 2021. 135 children aged 0-12 years with history of poisoning were included. Detailed history, examination and details of poisoning were obtained and data analyzed using proportions. Institutional ethics committee permission was obtained. Results: A total of 135 patents with poisoning were admitted from May 2019 to Nov 2021. Out of these 135 patients, 92(68%) were boys while 43(31.8%) were girls. Incidence of poisoning was more common in males 68% than in females 31.8%. Statistically also this association was found to be significant (Pvalue= 0.003). It was observed that maximum number of children 85.9% belonged to age group 1-6 years followed by 11.8% in age group 6-12 years. Statistically significant association was found on applying chi square test (P-value<0.0001). Conclusion: Majority of children had accidental poisoning and it was more common in males. Pesticides, rodenticides and kerosene were commonly ingested poisons.

Poisoning is a common medical emergency in childhood. In India accidental poisoning has been very frequent below 5 years of age [1]. In older children and adolescents suicide attempts are common. In a retrospective analysis of poisoning from eight regional hospitals in different parts of India, pediatric poisonings constituted 0.23%-3.3% of total poisoning. The mortality ranged from 0.64%-11.6%. Accidental poisoning was common, involving 50%-90% of children below 6 years of age with male dominance [2,7-9].

Drugs, kerosene and pesticide poisoning are an important cause of poisoning in children. The drugs commonly consumed usually belong to antiepileptics, antipyretics and phenothoazines. Iron poisoning is seen in younger children. Pesticides poisoning is more prevalent in Punjab, Jammu and Kashmir and West Bengal. Significant number of snake envenomation has been recorded from rural Maharashtra. Other less common accidental poisonings in children include corrosives, rodenticides, detergents and disinfectants [1,5,6]. Thus various regions in the country show variation in types and frequency of childhood poisoning which could be contributed to different geographical and socioeconomic background.

A total of 135 patients with poisoning were admitted from May 2019 to Nov 2021. Mean age of our patients was 4.22+ 2.1 years (SD). Out of these 135 patients, 90 were boys while 45 were girls. Incidence of poisoning was more common in males 68% than in females 31.9%. Statistically also this association was found to be significant (P value=0.003). It was observed that maximum number of children’s 85.9% belonged to age group 1-6 years followed by 11.8% in age group 6-12 years. Statistically significant association was found on applying chi square test (P value<0.0001). Most of the cases 98% occurred due to accidental ingestion of the toxic agent.

Insecticides or pesticides 11.8%, rodenticides 11.11% and kerosene 7.4% were the substance most frequently implicated in our patients. OP poisoning is a major health problem all over the world, particularly in the developing countries due to widespread usage and application of pesticides in agricultural fields. In the present study the majority of OP poisoning occurred due to unintentional ingestion especially in young children. Almost all 98% ingestion were accidental in nature, 62 (46%) were asymptomatic after 8 hrs of observation. 73 patients 54% developed symptoms. The common symptoms were vomiting, increased secretions, altered mental status, and convulsions. Most of our patients required hospitalization in view of symptoms related to nature of toxin. Median time of presentation to the pediatric emergency for our patients was 2 hrs (range 1.5-2.5 hrs). The median time to presentation was slightly larger for rural patients 4 hrs when compared to urban ones 2 hrs (p<0.05).

Poisoning is found to be very common in children among the age group 1-6 years as it was reported by Indian workers like Bhat et al., Kohli et al. and Andiran et al. [5,6]. Similar results were obtained in our study where this age group had 98% of poisoning incidence. This is obviously due to increased tendency for mouthing of objects and curiosity in this age group. Our study reported pesticides and insecticides to be the most common agent causing childhood poisoning similar to the study done by Bhat et al. [6].

In the study by Saika et al. majority of children belonged to age group 1-5 years 77.8%, and were mostly males 65.4%. Household chemicals were ingested in 83 cases out of 153(54.25%) and in 147 cases poisonous substance was easily accessible to the victim [1]. Since we have orchards on a vast strip of land, increase in use of organophosphorus compounds is the main reason for increased incidence of OP poisoning here. In our study rodenticides were found to be the second common cause of poisoning, which could be explained by the increasing use of rat poisons in our vast agricultural land and rodent infestations in our houses.

In our study kerosene ingestion was found to be the third common cause. Kerosene poisoning has been found to be the most commonly encountered agent in the urban areas as is shown in the study by Rathore et al. and Kohli et al. [5]. In our setting patients with kerosene ingestion were symptomatic with respiratory distress, pyrexia being the most common.

We found that poisoning occurred most of the time by ingestion 95% and were liquid in nature. The observation can be explained by the fact that liquids are easily ingested and amount taken can be large as compared to solids. Almost half of our cases were asymptomatic at presentation. The patients with symptoms presented with vomiting, altered sensorium, excessive secretions and oral burns. Bhat et al. have reported that 30% of the subjects were asymptomatic at the time of presentation. In our study 60% of patients did not require any form of treatment; the patients were admitted for observation and discharged in 24 hours. This observation could be explained by the fact that only small amount of toxic substances were consumed. Lee et al. found that boys were affected more than girls, similar to our study [3]. Boys being more inquisitive and exploratory could be a possible explanation.

Most commonly affected children were in the 1-6 years and males were predominantly affected. Organ phosphorous compounds were commonly implicated. Most common mode of ingestion was accidental. Most patients had mild symptom and required only observation. 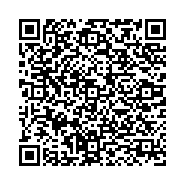