Cerebral stroke is a common global neural system disease, and 67% to 80% of cerebral stroke cases are acute ischemic cerebral vascular diseases. Thrombolysis treatment is one of the effective treatment measures for acute cerebral infarction. Some patients with acute cerebral infarction present the wake-up symptom, also known as wake-up stroke. These patients have no thrombolysis treatment time window under the criterion of “normal appearance”. However, there is a possible thrombolysis time window for partial wake-up stroke cases. A previous study found that, there was no significant difference of safety or clinical prognosis between wake-up stroke patients treated with thrombolysis and treated with tissue plasminogen activator (t-PA) within 3 hours [1].

A total of 12 patients (6 males and 6 females; average age of 67 ± 11 years) with wake-up stroke acute cerebral infarction treated in the neurology department of Taizhou First People's Hospital (Taizhou, China) and Affiliated Hospital of Yanbian University Hospital (Yanbian, China) from January 2009 to August 2009 were enrolled in this study. Their clinical manifestations all met the diagnostic criteria of total anterior circulation infarction by the Oxfordshire Community StrokeProject (OCSP-TACI). Their NIHSS scores fell between 7 and 22 points. All patients were hospitalized within 3.5 h after symptoms. The exclusion criteria: 1) more than 80 years; 2) atrial fibrillation and a history of warfarin administration; 3) a history of diabetes or random blood sugar > 11.1 mmol/l; 4) cerebral hemorrhage, tumor, and signs of early cerebral infarction by cranial CT; and 5) ASPEPCTS score ≥ 7. Emergent cervical artery ultrasonography, cardiac color ultrasound, and electrocardiogram examination for baselines such as trial of Org 10172 in acute stroke treatment (TOAS); large-artery atherosclerosis (LAA), cardioembolism (CE), small-artery occlusion lacunar (SAA), acute stroke of other determined etiology (SOE), and stroke of other undetermined etiology (SUE) types, Barthel Index (BI), and modified ranking scale (mRS) scores were performed.

According to the relevant research conclusions, haemorrhage risk caused by thrombolysis treatment greatly increased for infarction of over 1/3 of the middle cerebral artery supply area [3]. CT perfusion research confirmed the existence of ischemic penumbra when CBF>CBV. MTT extension indicated ischemic hypoperfusion. Therefore, preparation of the screening criteria of intravenous thrombolysis treatment for cases with MTT extension, normal CBV or CBV<1/3CBF, and ratio of bilateral CBF raging from 0.2 to 0.35 is necessary. The outcomes were evaluated by two associate chief physicians at the department of radiology. Only if their results were found consistent, thrombolysis could then be performed.

Patients meeting the criteria of wake-up stroke acute cerebral infarction were subjected to emergent cerebral digital subtraction angiograph (DSA) for responsible artery identification. For local thrombosis without complete occlusion (TIMI II), micro guide wire perfusion of alteplase (5 mg) was performed. For a completely-occluded arterys, a micro guide wire was used to damage the blood clots. If micro guide wire angiography demonstrated residual stenosis < 70% after occluded artery recanalization, surgery was stopped. However, if the residual stenosis was more than 70%, intracranial Wingspan stenting and extracranial Abbott Vascular ACCLINK stenting were performed. If the micro guide wire successfully destroyed blood blots but angiography showed the occluded artery was not recanalized, PTA balloon catheter technique was employed. In a case that the micro guide wire could not pass through the thrombus or of over 6 h after disease occurrence, the operation attempt was given up. If patients exhibited severe headache or extravasation of contrast media during thrombolysis, thrombolysis was stopped immediately and cranial CT was then performed for review. For patients subjected to intraoperative stenting, 100 mg of aspirin, 300 mg of clopidogrel, and 40 mg of atorvastatin were administered. For those not subjected to such a treatment, 100 mg of aspirin, 300 mg of clopidogrel, and 40 mg of atorvastatin were administered 6 h after operation. Then, 100 mg of aspirin and 75 mg of clopidogrel were given for seven successive days. After that, the medication was changed into 100 mg of aspirin or 75 mg of clopidogrel combined with 40 mg of atorvastatin. For patients with blood pressure > 185/105 mmHg, urapidil was intravenously pumped for controlled blood pressure of 140/90 mmHg. The middle cerebral artery (TCD) was monitored during operation. If the mean blood flow velocity in the TCD increased by 100% compared with that before operation, blood pressure was continuously reduced until a level of 120/80 mmHg was reached.

Data were expressed as mean±SD. Statistical analysis was performed using SPSS 12.0 statistical software. F-test was performed for analyzing the measurement data, and SNKq test was used for multiple comparisons. P < 0.05 was considered as statistically significant.

Arterial thrombolysis was performed for 12 patients. The demographic characteristics and baseline of 12 patients were shown in Table 1. Among these patients, 7 had the responsible artery at the TCD M1 segment, 3 at the TCD M2 segment, 1 at the C1 segment of the internal carotid artery initial, and 1 at the C2 segment. Arterial recanalization by t-PA perfusion thrombolysis was done for 4 patients, micro guide wires for thrombosis destruction for 10, PTA catheter dilation for 5, Wingspan for 2, and ACCLINK stenting with the employment of RX Accunet protection system for 1. The anterior and posterior cranial CTP images and DSA contrastographic pictures of two patients are shown in (Figures 1-6). Cranial CT at 24 hour after thrombolysis showed HI-1 type hemorrhage in 2 patients, HI-2 hemorrhage in 1, gingival hemorrhage in 1, and subcutaneous ecchymosis in 1. No PH-1 or -2 occurred. No contrast allergy during examination as well as within the following one week after the examination occurred. Cranial CT was rechecked 7 day later and the result showed that the hypoperfusion was greatly improved. 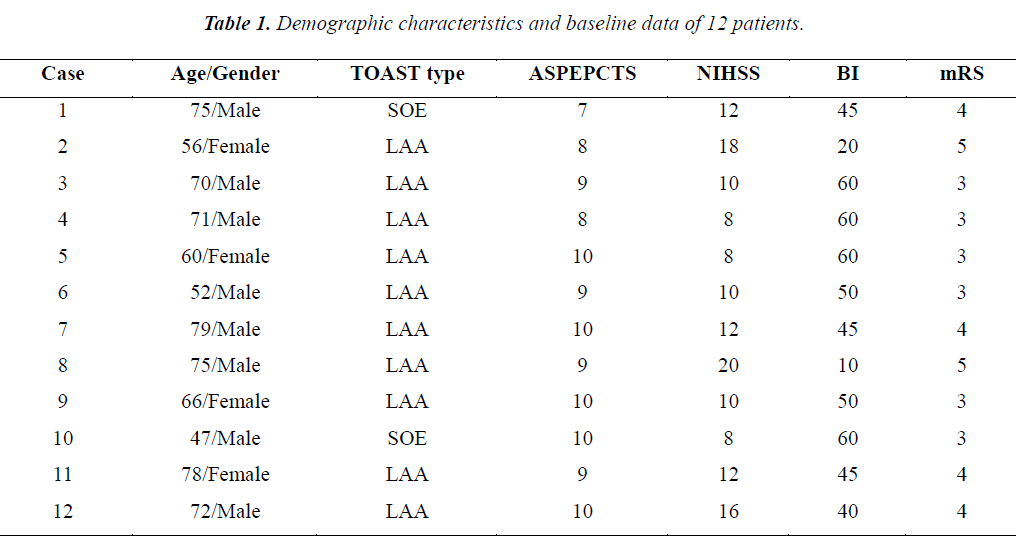 Table 2: NIHSS, ADL (BI) and mRS of 12 patients before thrombolysis treatment and at 6 hour and 7 day after thrombolysis.

Studies confirm that the symptoms of 16% to 28% patients with acute cerebral infarction are seen after waking up [4-9], and the overall incidence time of this part of the case is still within the thrombolysis treatment time window. Therefore, thrombolysis treatment is useful for the patients. However, thrombolysis will increase haemorrhage complication risk if the overall incidence time is out of the range of the thrombolysis treatment time window. Thus, selecting an appropriate evaluation method to assess cases that comply with thrombolysis is important. Our preliminary thrombolysis treatment was decided according to the time window and the clinical symptoms, without considering the intracranial hemodynamic changes and assessing the presence of ischemic penumbra, which was incomprehensive [8]. All current structural imaging methods, such as CT and MRI, cannot reliably describe the progress of ischemic damage at the initial 6 h to 12 h; they require a special image description system. Before morphological changes of acute cerebral ischemia, CT perfusion is an important method to find the location, scope, and extent of the ischemic lesion of early cerebral infarction [10-15]. CT perfusion can show acute cerebral ischemic lesion at an early stage and quantitatively analyse the cerebral blood flow perfusion. The mechanism of ischemic brain damage is complex and cerebrovascular bases, ischemic tolerance extents, and collateral circulation situations of different individuals are different; thus, treatment time windows are different [16-18].

Our preliminary study shows that the twelve cases all presented ischemic penumbra confirmed by preoperative CTP evaluation. After opening the occluded arteries, the NIHSS, BI, or mRS score indicated that a good prognosis was obtained and no severe complications, such as intracranial haemorrhage, occurred. This study showed that CT perfusion screening can reduce the ratio of hyperperfusion-caused intracranial haemorrhage complication. Therefore, CT perfusion imaging is a safe and effective method that can be used to examine patients with acute cerebral infarction wake-up stroke before thrombolysis. Studies reported that the other indicators of CT perfusion (MTT, TTP) were more sensitive to ischemia. In two cases listed in this study, CBF and CBV did not exhibit obvious change and MTT presented asymmetry, indicating super-early ischemia. Our study on individual cases showed that CTP evaluation of wake-up stroke is feasible and intraarterial thrombolysis treatment of wake-up stroke is safe and effective. Although this study only focused on individual cases, it is a preliminary test of larger samples, defining the best evaluation method and thrombolytic regimen for largesample size multicenter studies. 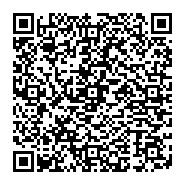