Materials and Methods: A retrospective study was performed for 19 cases of patients with concurrent upper extremity deep vein thrombosis after inserting PICC from August 2011 to December 2014 in our hospital.

Results: There were 8 cases and 11 cases with PICC in the right upper extremity and left upper extremity, respectively. All 19 cases had swelling of the upper extremities and discomfort after activity, and 18 cases had varying degrees of pain after activity. By ultrasonography 18 cases were diagnosed with deep vein thrombosis and 1 case with suspected deep vein thrombosis. All 19 patients underwent the indwelling thrombolysis catheter-directed thrombolysis based on anticoagulation therapy, thrombolysis time was 2-6 (3.16 ± 1.10 d), including 16 cases (89%) at grade III thrombolysis and 3 cases (11%) at grade II thrombolysis. 17 patients (89.5%) were clinically recovered and 2 cases (10.5%) were improved, with a total efficiency of 100%. No serious complication was noticed during thrombolysis. After thrombolysis, four cases were diagnosed as phlebostenosis and received stent implantation treatment. During follow-up of 6-36 months, no cases had recurred thrombosis and post-thrombotic syndrome.

Peripherally Inserted Central Catheter (PICC) is a kind of medium and long-term intravenous infusion treatment mainly used in patients with cancer, and has many advantages such as reducing vein puncture, achieving efficiency and being easily operated [1,2]. Generally, PICC could be approached into the pathway by puncture of upper arm superficial vein (such as basilic vein, cephalic vein) and then entered into and inserted in the deep vein to the superior vena cava. The Upper Extremity Deep Venous Thrombosis (UEDVT) is one of the most serious complications of PICC and is a challenge in the clinical [3,4]. Therefore, it is very important to investigate clinical diagnosis and treatment of PICC related UEDVT. In this retrospective study, we enrolled 19 cases of PICCrelated UEDVT patients admitted to our hospital from August 2011 to December 2014 and summarized our experience in the diagnosis and treatment of PICC-related UEDVT.

19 cases of PICC-related UEDVT patients included 12 males and 7 females, aged from 23 to 78 years old, with the mean of 53.59 ± 12.93 y old. Among them, 4 cases had primary gastric cancer disease, 3 cases had nasopharyngeal carcinoma, 3 cases had lung cancer, 2 cases had colon cancer, 3 cases had breast cancer, 1 case had non-Hodgkin's lymphoma, laryngeal carcinoma, adenoid cystic carcinoma in external auditory canal, and testicular seminoma, respectively. There were 8 cases and 11 cases with PICC catheter inserted in the right extremity and left upper extremity, respectively. The main clinical manifestations: among 19 patients, 18 cases were with upper extremity swelling at affected side and varying degrees of pain. 19 cases were uncomfortable during activity. It took 1-7 d for the patients to receive treatment after the occurrence of the symptom, with the mean of 2.29 ± 1.46 d.

The D-dimers of 17 cases were elevated (>0.05 μg/ml) and other 2 cases were normal. 19 patients underwent color Doppler ultrasonic and venography examination.

19 patients were requested to remove PICC catheter, and signed the informed consent form. The patients with anticoagulation and thrombolysis contraindication were excluded [5,6]. Before operation, the processing scheme for symptomatic pulmonary embolism occurrence was developed: real-time non-invasive pulse oxygen ECG monitoring was carried out during thrombolytic treatment period, if the pulse oxygen was below 80%. If the patients were accompanied with the difficulty in breathing, chest pain and other symptoms, thrombolysis was stopped and the rescue was carried out immediately. Pulmonary angiography was carried out along with related examinations and evaluations, if a large piece of thrombosis was noticed in the pulmonary artery. The thrombosis broking, aspiration, local thrombolysis and other treatments were also carried out.

Figure 1: The patient was a male 23 y old. His testicular seminoma was under chemotherapy, the left PICC had been inserted for two weeks and the left upper limb had been under swelling for two days.

Four cases had vein stenosis balloon dilatation after thrombolysis and received stent implantation (Figure 2). For clinical efficacy, 17 cases were cured and 2 cases were improved, indicating the total efficiency of 100%. For complications, 5 cases had mild bleeding at the edge of the inserted catheter sheath, but no any case had symptomatic pulmonary embolism, hemorrhage of gastrointestinal tract, urinary tract or the brain, or infection and other complications caused by catheter inserting.

Figure 2: The balloon dilatation stenosis was still>50% and the stent implantation were performed.

The 19 patients were followed for 6-36 months (mean 13.06 ± 11.22 months). Among them, 14 patients died of the primary tumor and associated complications in 6-20 months. During the follow-up, the swelling, pain and other symptoms at the affected extremities disappeared in all patients and they were not uncomfortable when moving, and there were no varicosity or other reflux disorder symptoms. Ultrasonic examination showed that there was no recurrence or progression of thrombosis and the deep vein valve function was normal.

ULDVT has been relatively rare in the past, but the incidence is increasing recently [7,8]. This could be due to several factors such as catheter material, inserting pathway, operational factor, lying in bed, high-coagulation physical condition, chemotherapeutic drug [9-11].

Early ULDVT could be completely asymptomatic, and then clinical symptoms develop such as extremity swelling, pain, serious discomfort, increased skin temperature, skin color change and venous engorgement. Approximately 20-66% of patients have these symptoms but are not diagnosed [12-14]. For the diagnosis of PICC-related ULDVT, color Doppler ultrasound could achieve the sensitivity and specificity of up to 100% and 93%, respectively [7]. Venography is the gold standard for ULDVT diagnosis, but it is invasive and costly and thus not suitable as a routine screening diagnosis. Instead, ultrasound examination is a preferred choice. In this study, the coincidence rate of color Doppler ultrasonic diagnosis and venography was 18/19, 1 patient had thrombus in the left brachiocephalic vein and got suspicious diagnosis by ultrasonic but confirmed diagnosis by angiography.

For PICC-related ULDVT, the anticoagulant is a common method of treatment. Since PICC related ULDVT is mainly related to catheter material, tumor and vascular stenosis, it is generally believed that the catheter should be removed [15]. Most scholars suggest adopting thrombolytic therapy for ULDVT thrombus clearance, the ideal thrombolysis model is to maximize the thrombolysis and avoid the risk of bleeding, but traditional systemic thrombolysis applies thrombolytic drugs into peripheral vein body [16]. In contrast, during CDT thrombolysis catheter is inserted into thrombus, the thrombolytic drugs can be directly infused to the thrombus, increasing local concentration of thrombolytic drugs while reducing systemic drug dosage. A recent CDT randomized study showed that CDT could increase the opening degree of the responsible vein of DVT, the bleeding risk of thrombolysis and the long-term deep vein Post-Thrombotic Syndrome (PTS) could be significantly reduced [17].

CDT has become the recommended treatment measure for DVT [18,19]. Since DVT occurs mainly in the lower extremities, CDT is mainly used in lower extremity DVT. For ULDVT treatment, traditional systemic thrombolysis is mostly still used, the improvement rate is about 70% and PST rate is about 15% [20-22]. In this study, 19 patients received CDT and the clinical cure rate was 89.5% (17/19). The improvement rate was 10.5% (2/19), and no PTS occurred during follow-up. Compared with systemic thrombolysis, CDT in this study had the following characteristics: the total utilization of urokinase was low, the thrombolysis time was short, the clinical efficacy was high and no serious complication occurred, consistent with the characteristics of CDT for the treatment of the lower extremity DVT. Therefore, we propose the use of CDT for the treatment of PICC related ULDVT.

Whether the superior vena cava filter needs to be placed on PICC related ULDVT to prevent pulmonary embolism has not been determined [23,24]. Based on our experience, for PICC related ULDVT treatment, the use of the superior vena cava filter should be strictly grasped. In the absence of filter protection, during the removal and inserting of catheter the pulmonary embolism rescue should be fully prepared, real-time monitoring and gentle operation should be taken, close monitoring should be carried out on the ECG pulse oxygen and vital signs and the limb movement should be reduced during the thrombolysis.

For the diagnosis and treatment of PICC related ULDVT, our experience is as follows: color Doppler ultrasound examination is the preferred choice and the venography is taken as a supplement means; based on the anticoagulation, the thrombolysis should be carried out as soon as possible; the trauma will be minimized after direct thrombolysis by applying angiography and exchanging and inserting thrombolysis catheter while removing PICC. CDT is characterized by short treatment course, better efficacy, fewer adverse reactions, better safety and feasibility.

This study was supported by the grants from Natural Science Foundation of China (No. 81172348), Suzhou Key Medical Center (No. LCZX201505), Jiangsu Province Clinical Medical Science and Technology Program (No. BL2013016) and Preponderant Clinic Discipline Group Project Fund of the second affiliated Hospital of Soochow University. 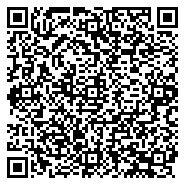