4 Can Tho Gynecology and Obstetrics Hospital, Can Tho, Vietnam

5 Office of Student Affairs, Can Tho University of Medicine and Pharmacy, Can Tho, Vietnam

Background: Clinical characteristics of children with autism spectrum disorder (ASD) provide usefulinformation for early diagnosis and intervention. Little is known about the information of ASD inchildren in Mekong Delta, Vietnam.Objectives: We aimed to determine clinical characteristics and associated socio-demographic factors ofASD in Vietnamese children in the Mekong Delta.

Materials and Methods: We conducted a cross-sectional study on 32 children diagnosed with ASD.Patients were recruited from Can Tho Psychiatric Hospital and Can ThoChildren's Hospital. Theseverity of autism was assessed by the Childhood Autism Rating Scale (CARS) with 15 items. Parentsof the children were interviewed to collect socio-demographic information.

Results: Speech delay was the most common abnormality noticed by families (68.8%). We found that59.4% of the sample was with severe autism. Boys were more impaired than girls in all CARS items.The most severe items went on verbal communication, activity level and intellectual response level and consistency. Age of noticing abnormalities, assessment, and diagnosis were 23.8 months, 32.6 months,and 36.5 months respectively.

Conclusion: Our study was the first to reveal the percentage of severe autism according to CARS inCan Tho, which was higher than those in other countries but consistent with other local studies inVietnam. Further studies with a larger scale and adequate period surveyed are necessary to identifythe relationship between related factors and ASD severity.

Autism spectrum disorder (ASD) is a mentally developmental disorder or defect that primarily affects communication, attitudes and behaviors [1,2]. The disorder emerges from childhood and lasts for a lifetime. Individuals with ASD may have difficulties in developing language skills and communicating nonverbally, which make them struggling at school and in social life. ASD results in a huge financial burden and psychological distress to families, communities and nations [3-7]. According to a systematic review of epidemiological studies around the world, one in 160 children worldwide had ASD [8]. Chiarotti et al. indicated that ASD prevalence dramatically increased recently, which might prompt to an autism epidemic in the future [9]. Early detection and intervention of ASD children are significantly important for secondary defect prevention. Appropriate interventions were proved to improve social interaction, language, concentration ability and reduce hyperactivity [10].

Despite the growing population of ASD patients in Vietnam, no nationwide study on children with ASD is conducted. Therefore, surveys with a small scale are important, especially in Can Tho City, where few studies have been conducted. The aim of our study was to evaluate clinical characteristics and associated socio-demographic factors of ASD children, thereby creating an overview of implementing intervention studies in the future.

We conducted a cross-sectional study of 32 ASD patients aged from 24 months who were diagnosed with ASD according to Diagnostic and Statistical Manual of Mental Disorders 5th Edition (DSM-5 criteria, 2013) at Can Tho Psychiatric Hospital and Can Tho Children Hospital over a period of 15 months from October 2018 to January 2020. Exclusion criteria included children with insufficient information or whose family members refused to participate in the survey.

Children were observed and examined to diagnose and classify autism severity in about 10 - 15 minutes. Parents of participants were interviewed to collect socio-demographic factors including age, gender and age at first diagnosis. Information of children who visited the study clinics multiple times was collected only once.

Data were analyzed using SPSS 18.0 software. Since a relatively small convenience sample in Can Tho was surveyed, only descriptive statistics were presented.

The study was approved by the Ethical Committee of Can Tho University of Medicine and Pharmacy. Family members of participants voluntarily agreed to participate in the study. Personal information and documents related to the subject were kept confidential.

The average CARS score of participants was high, 40.8 (SD=6.4). There were 59.4% of children with severe autism and 40.6% with mild to moderate autism. The severity was higher in boys than girls in all 15 CARS items. Of all, item XI (verbal communication), XIII (activity level), XIV (intellectual response level and consistency) had the most significant severity (Table 2).

Abnormalities noticed by families were hand flapping, words or phrases repetition, eye contact avoidance, no response to their name, and speech delay. The most noticeable abnormality was speech delay (68.8%), followed by no response to children's names (21.9%) (Table 3).

Table 4.The severity of autism by socio-demographic factors.

The percentage of boys with ASD was 71.9%, higher than that of girls (28.1%). This was in line with the report of the Center for Disease Control and Prevention in 2018, with four times higher of boys percentage than that of girls [14]. Study results were similar to the other at the local level of Cao (boys = 73.6%, girls = 26.4%) [15]. Parents’ education was quite high (more than 50.0% of parents achieved university or higher education). This might be because most of the participants lived in urban areas.

ASD severity and characteristics according to CARS

The average CARS score of participants was high (40.8), the number of which was similar to Nguyen et al’s study in Can Tho in 2014 (39.57) [13]. There were more children with severe autism (59.4%) than mild and moderate autism. The result was similar to the result of other local studies in Thai Nguyen (59.2%) [16] and Quang Ngai (63.6%) [17]. According to an ASD study in Saudi Arabia and Egypt, the severe autism percentage was 10.0% and 17.4% respectively [18], the number of which was lower than our study (59.4%). This indicated that autism severity in Vietnam was higher than that in other countries. This might be due to the lack of adequate attention and awareness given in early detection of ASD in Vietnam and low knowledge on ASD of citizens, most of who thought that speech delay was normal, resulting in late examination. On the other hand, due to few clinics for ASD examination, it was not until the child had severe abnormalities that he or she receive psychiatric care.

The average age of first sign abnormality was 24.8 months (SD=8.6), which was similar to the result of a communitybased study in urban India (24.1) [19]. The mean age of diagnosis with ASD was 36.5 months (SD=13.2). The number was lower than the systematic review of surveys from 1990 to 2012, with the age of diagnosis at 38-120 months [20] and higher than Preeti et al. with the first consultation age at 32.5 months in 2017 [21]. This showed the trend of raising awareness on early assessment of ASD. However, parents waited for about a year from initial abnormality to the final diagnosis in our study indicated that ASD characteristics and early diagnosis should be paid more attention.

Our study reported the first data on the autism severity according to CARS and confirmed the high percentage of severity among children with ASD in Can Tho. CARS was proven to be highly sensitive and specific in assessing ASD severity level. Studies have shown that CARS was a reliable and stable indicator of severity assessment in children over 2 years old as well as in adolescents. However, the sample size of the study was small that could not provide intensive identification on the correlation between related factors and the autism severity.

Our study revealed the clinical characteristics and associated socio-demographic factors in Can Tho City. Specifically, the severity rate was high, which was consistent with other local studies but higher compared to other countries’. Further studies could use our study as a basis for designing early intervention on ASD children. For future work, conducting large scale studies are necessary to review wide picture of clinical characteristics of ASD and identify the relationship between associated factors and the severity of autism.

We are grateful to the Can Tho Psychiatric Hospital and Can Tho Children's Hospital for creating appropriate conditions for the study to be conducted. Especially, we would like to thank the children and their parents who participated in the study. 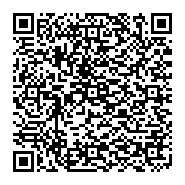