Acute Encephalitis like illness (AES) is a public health problem in Uttar Pradesh. A major cause was Japanese Encephalitis (JE) but this is less frequent now. Sensitivity and specificity of neuroimaging features of JE are not known.

Objective: To compare clinical and neuroimaging features in children having JE and non-JE AES. Methods: Hospital based surveillance for JE was ongoing. Standard WHO definitions were used for JE. Magnetic resonance imaging (MRI) was done whenever possible. Clinical and MRI features were compared between JE and non-JE. Those in whom serology was equivocal or not done were excluded. Polymerase chain reaction was done for Herpes simplex virus-1 DNA in CSF.

Results: Over a period of 2 years, 63 patients were proven JE (31) or non-JE (32) and could have MRI scan done. None tested positive for HSV-1. Focal deficits and extrapyramidal features were significantly more frequent in JE. Condition at discharge was significantly worse in JE with higher rate of focal deficits, abnormal posture and movements, inability to walk, speak and feed. Signal intensity alterations (SIA) on MRI were significantly more common in thalamus, midbrain and temporal areas, but not in basal ganglia, in JE, specificity of these findings for JE were higher than sensitivity. None of the non-JE patients had temporal lobe involvement.

Conclusion: MRI changes of JE in children are confirmed although sensitivity was not high and basal ganglia involvement was infrequent. Temporal lobe changes may be seen in JE.

Acute onset of fever with alteration in consciousness is an important cause of hospital admissions in large parts of India. Such a presentation is most commonly caused by invasion of the brain by an infectious agent – virus, bacteria, protozoa, rickettsiae, mycoplasma etc. Other causes include noninfectious brain inflammations, infectious encephalopathies and other functional and structural brain disorders if associated with fever due to another cause. In 2006, the World Health Organization (WHO) coined the term ‘acute encephalitis syndrome’ (AES) for purpose of surveillance of Japanese encephalitis (JE) [1]. AES is a symptom complex the etiology of which may change with region and time. In many parts of India, JE is the most important cause of such an illness.

Uttar Pradesh is India’s most populous and one of its poorest states, with low human development indices [2]. The state is endemic for JE since the 1970s and there are annual outbreaks of this illness in the monsoon/ postmonsoon season in its eastern districts. In 2005 a severe epidemic of JE occurred here, after which the Government of India launched a vaccination drive using the Chinese live attenuated vaccine (SA-14-14-2 strain) [3]. However, AES continues unabated although the proportion of JE among AES cases has declined [4]. Many patients present with rash, swelling over the body and bleeding manifestations. An etiological diagnosis is not reached in most patients. Treatment is mainly supportive, intravenous ceftriaxone is usually used and empirical acyclovir used occasionally.

We has been conducting a hospital based surveillance of AES and JE for the past few years. Our hospital continues to receive 1000-1200 patients of AES annually, mostly from the eastern districts of the state, some of which are proven to be JE. A large proportion of these are in the monsoon and post monsoon season. Magnetic resonance imaging (MRI) findings in JE have been reported in small adult case series previously [5-7]. However, there are no MRI studies in children and no studies comparing MRI findings in JE and non JE AES are reported. Sensitivity and specificity of the MRI signs in JE are not known. We performed magnetic resonance imaging (MRI) studies of the brain in children admitted with AES in our hospital and present here a clinical and radiological comparison of JE and non JE AES.

The study was conducted in the Pediatric Wards of the Department of Pediatrics, King George’s Medical University, Lucknow, India between August 2012 and August 2014. Children hospitalized with AES were subjected to a standardized work up. Enrollment was done on 3 predefined days of a week during epidemic season and all the seven days of the week in non-epidemic season. Work up included a detailed clinical history, physical and neurological examination and investigations including complete blood counts, packed cell volume, blood culture, rapid malaria test and smear for malarial parasite, liver and renal function tests, serum electrolytes and glucose. Cerebrospinal Fluid (CSF) obtained by lumbar puncture, if done by the treating team was examined for total and differential cell count, protein and sugar, bacterial culture and gram stain.

Management of the patients was supportive with antipyretics, anticonvulsants, nursing care, intravenous fluids, and cerebral dehydrants as needed. Intravenous ceftriaxone 100 mg/kg/day in 2 divided doses was usually administered for a week.

Virological Investigations: Cerebrospinal Fluid (CSF) and serum were transported to the Indian Council of Medical Research (ICMR) Grade-1 Virology Laboratory of King George Medical University. IgM estimation against Japanese Encephalitis virus (JEV) using the National Institute of Virology (NIV) JE MAC ELISA kit (version 1.4) was done [8]. These tests were conducted and interpreted according to the manufacturer insert. Optical Density was read in the ELISA reader. The test was considered i) negative if optical density was less than twice that of negative control; ii) positive if optical density was more than 5 times the negative control and iii) equivocal if the optical density was between these values. In patients in whom the initial IgM was negative or equivocal, the test was repeated in serum after an interval of 7-10 days if the patient was alive and still admitted in the hospital.

Patients were classified as:

JE - Patients who were JE IgM positive at any time of testing either in CSF or serum or both.

JE equivocal or unsure: When JE testing could not be done or was equivocal or initial sample obtained within first week of illness was negative and repeat sample after 10 days could not be obtained. These patients were excluded from analysis.

Only those patients who could be classified as either JE or nonJE and could have MRI brain done were included in the analysis. EPI Info software version 7 was used for analysis. Sensitivity, specificity and Positive Predictive Values (PPV) were calculated manually after constructing 2 × 2 tables for each area of involvement.

Ethical approval for the study was taken from Ethics Committee of King George’s Medical University, Lucknow. Written informed consent from legal guardian of the patient was taken.

Over the period of 24 months, 964 patients were admitted with AES out of which there were a total of only 63 patients in whom definite JE status was known and MRI could be done. Based on the criteria defined under Methods, there were 31 JE patients and 32 non JE patients. None of these patients tested positive for HSV-1 DNA.

Table 1 shows the interval between initial symptoms and MRI in days, in JE and non-JE patients. There was no significant difference between the two. Table 2 shows the important demographic and clinical characteristics of the study populations. All the cases had a rural background and no documentation regarding JE vaccination in the past was available. All the JE patients were JE IgM positive in CSF.

Table 1. Interval between initial symptoms and MRI (in days)

Table 2. Comparison of clinical features between JE and non-JE patients

Findings on MRI were signal intensity changes and cerebral edema. Common areas involved were thalami, midbrain, frontal and parietal lobes. Table 3 compares the MRI findings in JE and non-JE. Thalamic, midbrain, and temporal areas were significantly more frequently involved in JE group as compared to non-JE group. No specific pattern was recognized in the latter group.

Table 3. Comparison of condition at discharge between JE and non JE cases

Acute encephalitis like illness is a public health problem in many parts of India and especially in Uttar Pradesh, which is one of the most populous and poorest states in the country. Japanese Encephalitis (JE) was considered a major cause of such a presentation, but over the last decade, the proportion of cases attributable to JE have been declining so much so that in the Gorakhpur division, JE now accounts for less than 10% of cases [4]. Although the MRI findings in JE have been described in small series in adults there are no studies on children and also there is no comparative study to say how sensitive and specific the MRI findings are for JE. We therefore set out to describe the MRI findings of JE in children and also compare the findings in JE and non-JE AES.

We used definitions of JE and non-JE as put forward by the World Health Organization [9]. Detection of IgM by antibody capture assay is the most widely used method for JE today. Detection of anti JEV IgM in CSF is taken as confirmatory evidence of JE. Prior vaccination against JE could result in a positive IgM result in serum but not in CSF. In JE, IgM may not be detected in the first week of illness but is almost always present by the 2nd week. Its absence after 10 days of illness can therefore be taken as absence of JE infection.

A major hurdle in this study was that patients are usually too sick to be sent for MRI in the acute stage of the illness. Many patients are in deep coma, are hyperventilating or decerebrating and may be hemodynamically unstable. MRI was only possible once the patients started improving. Even so, many could not afford the cost of MRI and were therefore excluded. So all our patients are survivors of AES. We have not described the clinical features of all patients of AES, JE and non-JE as they presented to us, but only of a smaller group of survivors. Although we could compare the clinical features at admission and discharge in these patients, we have not compared mortality.

Our nonJE group is likely a mixed group. AES has a wide etiology – both viral and nonviral infections of the brain as well as noninfectious disorders. In this region, non-JE AES has been variously attributed to enteroviruses, cerebral malaria, dengue encephalopathy and rickettsiae [10-12]. However, etiology is proven in only a minority of cases. It is also possible that our non JE group included some cases of autoimmune encephalitis. Our cases were all associated with fever and encephalopathy, wheras fever was present in only 38% in a recent series of autoimmune encephalitis [13,14].

An important finding of our study was the absence of HSV-1 encephalitis. The latter is held to be the commonest cause of sporadic viral encephalitis and empirical treatment for this is started at the suspicion of viral encephalitis in many parts of the world. However, in Uttar Pradesh, we regularly have outbreaks of AES in monsoon and post monsoon season and most of our patients were not sporadic. Focal neurological deficits are also common in JE. Empirical treatment with acyclovir was left to the treating physicians and none of our patients received acyclovir. AES during non-epidemic season is more likely to receive acyclovir.

MRI has been useful in diagnosis of JE, with thalamus, basal ganglia and brain stem abnormalities being reported [5-7] (Table 4). How sensitive and specific these findings are for JE was not known. Our study also shows that thalamus and mid brain are significantly more frequently involved in JE than nonJE with sensitivity of 48.4 and 41.9% and specificity of 78.1 and 87.5%, respectively. In the present study we found basal ganglia involvement in only two patients of JE and the reason was not understood. It is possible that basal ganglia involvement is less common in children. On the other hand, temporal involvement which was significantly higher in JE, was not found at all in the non-JE group bringing its specificity and PPV to 100%. Temporal signal intensity alterations are traditionally held to be suggestive of Herpes simplex encephalitis, but other authors have also reported significant temporal lobe involvement in JE [15-21].

The study was supported by a grant from the National Brain Research Centre, Manesar, Gurgaon, India. 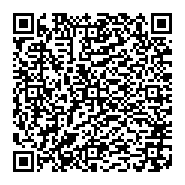