Chondromalacia as pathological finding in arthroscopy of the temporomandibular joint

Arthroscopy applied to the TMJ in the early 80s, together with the development of magnetic resonance imaging (MRI) has enabled us to diagnose and understand pathological findings never seen before on these joint, such as roofing, synovitis, adhesions, chondromalacia, perforation of the articular disc or free articular bodies. The diagnosis of these entities can be difficult even when advanced imaging test (MRI dynamic or cineresonance) are used, therefore arthroscopy may be the only one to diagnose it properly. The documentation of the findings obtained during the arthroscopic examination is extremely important, not only for diagnosis, but also to study the effectiveness of the different therapeutic methods in the pathology of the temporomandibular joint. Therefore, arthroscopic surgery is generally preferred as an initial surgical procedure because it is less invasive than the open surgery and is effective in the diagnosis and treatment of pain and/or dysfunction of the temporomandibular joint.

Chondromalacia is an osteocartilaginous non-inflammatory pathology that consists in the progressive degeneration of the articular cartilage and the subchondral bone, found softening and fissures on the articular surface [1-6]. This degenerative condition can appear from an acute injury of the temporomandibular joint (TMJ) or by the chronic friction (microtrauma) between the mandibular condyle and the temporal component of the fossa/eminence [3]. Also, it may be due to metabolic properties inherent to articular cartilage that predispose to a given individual. We can classify chondromalacia in 4 stages depending on the pathological stage of the joint according to the appearance of different signs found during the arthroscopy. Degree I (superficial): softening of the cartilage; cartilage appears edematous, being the most obvious arthroscopic sign the trace (fovea) that the pressure of any instrument of palpation leaves. Cartilage softening is caused by the degradation of the proteoglycans by the collagenases that are released by the damaged chondrocytes. Degree II (intermediate): appearance of fissures in the cartilage; which is secondary to the rupture of some of the collagen fibers of the deep area in the junction of the calcified cartilage and the non-calcified cartilage and the hydrated swelling of the proteoglycan-depleted areas between the fibrils in the TMJ. Degree III (intermediate-advanced): ulceration and fibrillation of the cartilage which may produce a partial detachment of the cartilage in some areas are primarily caused by the rupture of the deep collagen fibers of their junction calcified cartilage - non-calcified and therefore the disruption of the parallel fibrils of the articular surface. Grade IV (advanced): formation of craters and exposure of subchondral bone, which appear by a gradual breakdown of the superficial and deep fibrils followed by a breakdown of the fibrils of the intermediate cartilage. In very advanced cases osteophytes may appear, although its finding in the articular eminence is rare, being more common in the condylar surface (Figure 1) [2]. 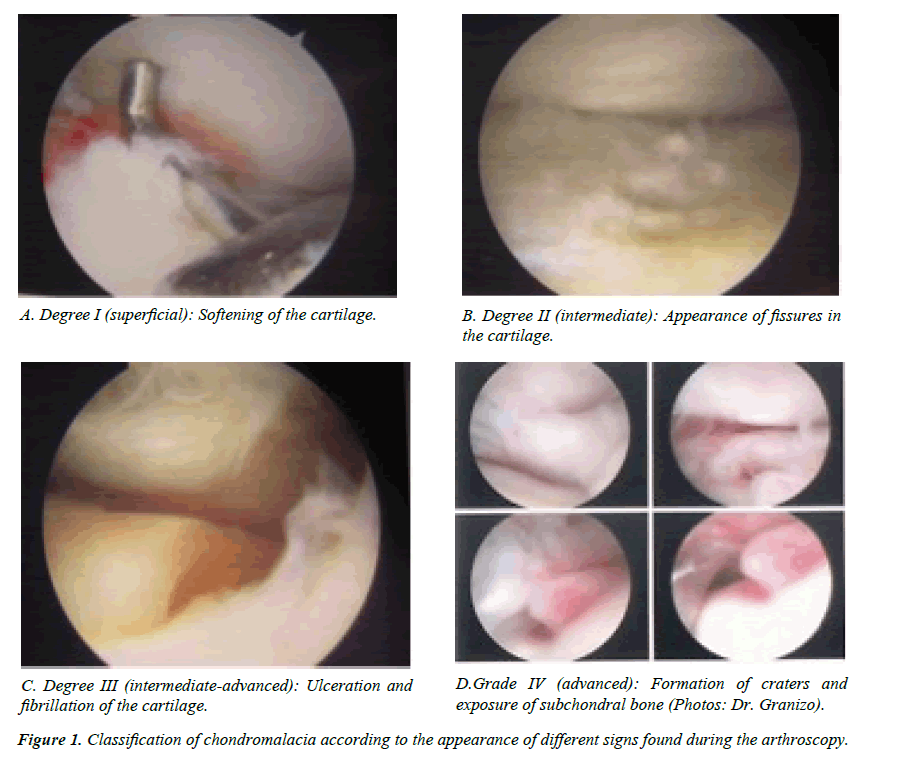 Figure 1: Classification of chondromalacia according to the appearance of different signs found during the arthroscopy.

Treatment of chondromalacia depends on the degree or state of the degeneration of cartilage. By arthroscopy we can perform the following actions. 1) Lysis and joint washing. 2) Removal of damaged fibers of fibrocartilage, either by electric instruments such as bipolar electrocautery or coblation, or forceps. 3) Shaving which can be carried out by rotating instruments such as fullradius. 4) In chondromalacia degree IV with bone exposure the arthroplasty of abrasion is sometimes indicated. This procedure is known arthroscopically as "streaming". 5) Intraarticular infiltration of substances under direct vision, such as hyaluronic acid or GFPR can help to repair the damage generated. While these surgical techniques are useful in the treatment of articular cartilage degeneration, if the patient continues to traumatize and overloading the joint the same pathological process will occur again.

Arthroscopy is a surgical technique minimally invasive and highly effective in the diagnosis of pathological findings of the TMJ. Therefore, the early diagnosis of chondromalacia is important in order to carry out the therapeutic measures indicated and prevent the gradual deterioration of the states of the articular surface.