Changing perspectives from the present and the future about the pathogenesis of hypertrophic cardiomyopathy.

Citation: Etsuko C. Changing perspectives from the present and the future about the pathogenesis of hypertrophic cardiomyopathy. J Cholest Heart Dis 2022;6(6):126

A hereditary condition known as Hypertrophic Cardiomyopathy (HCM) is defined by nondilated left ventricles with retained or increasing ejection fraction and left ventricular hypertrophy that cannot be attributed to secondary causes. It is frequently asymmetrical, with the basal interventricular septum experiencing the most severe enlargement. About one-third of people have left ventricular outflow tract blockage at rest, and a second third can develop it under certain conditions. Myocyte enlargement and disarray, as well as interstitial fibrosis, are histologic characteristics of HCM. Additionally commonly linked to left ventricular diastolic dysfunction is the hypertrophy.

The disease's clinical history varies widely, with some people first showing symptoms in childhood while others don't show any symptoms until later in life. Patients may first experience abrupt death caused by malignant ventricular arrhythmias or heart failure symptoms. The morphological and pathological variability makes it difficult to handle patients and results in unpredictable prognoses. To prevent sudden death, competitive athletic participation is now prohibited. If necessary, cardioverter-defibrillators are also implanted, along with symptomatic heart failure treatments or cardiac transplantation [1].

The focus of current management is on early identification of asymptomatic patients at risk through molecular diagnostic and clinical cascade screening of family members, optimal sudden death risk stratification, and timely initiation of preventive therapies to avoid disease progression to the irreversible adverse myocardial remodelling stage. This monogenic autosomal-dominant inherited disorder has no known causal therapy. In the past ten years, improved therapy and sudden death risk stratification have significantly reduced mortality thanks to new imaging technologies, worldwide guidelines, and genetic diagnostics, which enables detection of asymptomatic afflicted people before clinical illness start [2].

Cross-sectional statistics, however, reveal that only a tiny percentage are clinically diagnosed, indicating under-recognition, with most physicians only exposed to a limited range of the wide spectrum of diseases. The HCM phenotype will be detected by family screening using noninvasive imaging, and preclinical sarcomere gene carriers without left ventricular hypertrophy but with the potential to pass on illness will be identified through genetic analysis. For a precise diagnosis, an accurate depiction of HCM and family history, risk stratification, and the distinction between obstructive and non-obstructive variants, thorough first patient examinations are crucial [3].

HCM is distinguished from other cardiac or systemic diseases by isolated increasing myocardial hypertrophy, characteristic histopathologic alterations such fibrosis and myocyte disarray, systolic and diastolic ventricular dysfunction, and arrhythmias [4].

HCM is the leading cause of sudden cardiac death in young adults and young athletes, although improved risk assessment, banning of competitive sports, and the installation of Cardioverter-Defibrillators (ICD) have significantly decreased mortality over the past ten years. Modern interdisciplinary and evidence-based management typically results in a generally positive life expectancy. A normal life expectancy is achieved in around two thirds of HCM patients without substantial morbidity. The remaining patients need heart transplants and symptomatic heart failure medicines because atrial fibrillation, heart failure, and stroke contribute to morbidity later in life [5].

Since its current classification more than 50 years ago, technical advancements in genetic testing, cardiac imaging, significant arrhythmia prevention, cardiac surgery, and interventional cardiology have matched advancements in the identification and treatment of individuals with HCM. Identification of those who contain the harmful variations is anticipated to be made easier by improved annotation of the human genetic variants and their varying link to clinical expression. It will give much-needed insight into the prognosis of the rising population of these people, many of whom are relatives of HCM patients and who carry the same gene but don't exhibit any obvious symptoms of the disease. These people could in the future be treated in order to slow or stop the conversion to phenotypic positive. 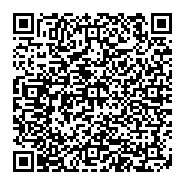