Objective: This research is aimed to explore the changes of Basic Fibroblast Growth Factor (BFGF) and Vascular Endothelial Growth Factor (VEGF) before and after treatment with acupuncture-moxibustion with Du channel-unblocking acupuncture in patients with ischemic stroke.

Conclusion: The treatment of ischemic stroke patients with acupuncture-moxibustion with Du channelunblocking acupuncture therapy can improve the expression level of VEGF and BFGF, and also has a good effect on improving the clinical symptoms of patients.

Patients in this study should meet the standards as followed: First, all patients should meet the fourth national conference on the diagnosis of cerebrovascular disease academic standards [5]. Second, it met diagnostic standards of stroke in TCM. Third, vital signs of all patients were stable. They had no disturbance of consciousness. Fourth, the disease course of patients lasted more than three days. Patients needn’t thrombolysis and anti-freezing treatment. Patients met one of the following items should be excluded: First, vascular malformation of brain, tumour disease, cerebral trauma. Second, patients had bleeding trends. Third, patients accompanied with other system disease, such as heart, liver and kidney. Fourth, women in gestation period and lactation period.

BFGF and VEGF level of patients before and after treatment in three groups, seen as Table 2.

Table 2. Statistical table of changes of BFGF and VEGF of patients before and after treatment in three groups.

Table 3. Changes of NIHSS scores, MESSS scores, ADL scores before and after treatment in three groups.

Ischemic cerebral stroke (ICS), it also can be called cerebral infarction. Its incidence is high. With the progress of treatment in this disease, death rate of this disease decreases. But its disability rate reaches to 80% [6]. ICS mainly cause central nervous function injury of patients, motion function disorder further, and language function disorder, psychological and emotional disorder [7]. The onset mechanism of ICS is vascular stenosis and blocking of brain, which cause local ischemia of cerebral tissue, release of inflammatory factors, finally cause malacia of cerebral tissue. At present, the molecular onset mechanism of ICS is not very clear. Most scholars think that cellular apoptosis of cerebral nerve cells are the central part. After apoptosis of cells, structure of cytomembrane is destroyed. There is anti-oxygen substance in membrane, such as cholesterol, which can protect cells from free radical. But after destruction of cytomembrane structure, normal metabolism pathway of cerebral cells is affected. Clear and metabolism of free radical in brain are affected. It gathers in cells, then cause edema and necrosis of cells [8].

In TCM, ICS belongs to stroke. The records about stroke, it had been seen in Neijing first in the early time. Spiritual Pivot. Heat disease came up with acupuncture for treating stroke. The principle is “tonifying deficiency and reducing excess”. In other words, excess should be given reducing method; deficiency should be given tonifying method [9]. Before Tang dynasty, the simple point is selected for treating stroke. In A-B classic of acupuncture and moxibustion, it comes up with “patients cannot walk with paralysis, wind invades furtively. Point should use LI6”. “Paralysis, paralysis of limbs, easily to fright, point should use ST27”. “Patients can not drink. Point should use DU26”. “Dryness of mouth cannot open. Point should use SI6”. “Paralysis of arms and waist which caused by yang phlegm. Mouth cannot close. Point should use LI4” [10]. Compendium of Medicine in Tang and Song dynasty came up with stroke should add points of Faji, LI4, GB20, GB2, ST6, ST4, DU20, LI15, GB31, ST36 and GB39. The effects will be better [11]. Acupuncture of connecting DU meridian is advocated by Zhang Daozong professor of TCM, who thinks main points of ischemic cerebral diseases are LI11 and DU20. Traditional medicine thinks that various yang gathers in DU20. Moxibustion on DU 20 can regulate qi of meridians in whole body, which can smooth qi and blood, also can refresh spirit and brain. Various yang gathers in LI11. LI 11 is given bleeding, which can reduce various yang. On the basis of DU20 moxibustion and LI4 bleeding, combing with traditional needling method, which has significant effects on ICS [12].

In conclusion, patients with ICS can be given acupuncture of connecting DU meridians, which can improve expression level of BFGF and VEGF, improve clinical symptoms of patients. 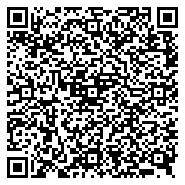