2Department of Pharmaceutical and Biomedical Science, University of Salerno, Italy

Many schizophrenic patients treated with typical or atypical antipsychotics (AP) such as risperidone show significant clinical alterations as changes in sexual activity, menstrual cycle, amenorrhea, galattorrea and cardiovascular disorders because of AP-induced hyperprolactinemia. In the present paper we report two clinical cases showing, after switching with aripiprazole, a PRL normalization and a marked improvement of clinical events related to risperidone- induced hyperprolactinemia

A recent study [5] showed that, in schizophrenic and bipolar patients, the treatment with risperidone or with a typical AP induced hyperprolactinemia in 65.6% of childbearing age women and in 45% of women undergoing to postmenopausal status. Among the male patients, the prevalence of hyperprolactinemia was found in 42.4% of cases. These indices are considered significantly higher compared to the general population. The childbearing age women have an odds ratio 2.6 times greater of developing hyperprolactinemia compared to males and 2.2 times greater than women undergoing to postmenopausal status. In this study, the prevalence of hyperprolactinemia in risperidone-treated patients was significantly greater than women treated with a typical AP (88% versus 47.6%).

Here, we report two clinical cases showing, after switching with aripiprazole, a PRL normalization and a marked improvement of clinical events related to risperidoneinduced hyperprolactinemia. These clinical cases were followed by our MHU (Mental Health Unit).

During risperidone therapy, I.C, showed firstly oligomenorrhea and then amenorrhea with galattorrea associated with very high blood levels of PRL (November 2007: PRL 55 mcg/ml; December 2007: PRL 88 mcg/ml). Starting by January 2008, I.C. was treated with aripiprazole (15 mg/day) and PRL levels resulted timedependently reduced: 36 mcg/ml at the end of January 2008, 24 mcg/ml in February 2008 and 22 mcg/ml in March 2008. By February 2008 I.C. did not show any clinical hyperprolactinemia symptoms as galattorrea and the normal menstrual cycles was restored, with progesterone levels compatible with ovulation in the second part of the mestrual cycle. During the first 4 months of treatment with aripiprazole (January-April 2008) the I.C. lost 3 kg with a BMI from 29 to 27.

The women patient named V.R., 32 years old, in 2004 showed a diagnosis of schizophrenia, according to the diagnostic criteria of DSM IV, and until November 2005 she was treated with haloperidol at doses ranging between 20 and 30 mg/day/orally and then with haloperidol long acting 100 mg/monthly until September 2006. By October 2006, V.R. was followed by our MHU, and the haloperidol long acting therapy was replaced with risperidone (long acting injection) 25 mg vials i.m. every 15 days. Before risperidone treatment, V.R. had regular menstrual cycles and the PRL values were 28 mcg/ml. Starting by December 2006, V.R. showed an abnormal menstrual cycles (2 menstruation in 4 months) and then also galattorrea from February 2007. The PRL values resulted increased in a time dependent manner: 65 mcg/ml in January 2007; 73 mcg/ml in February 2007; 82 mcg/ml in March 2007. Given the above oligomenorrhea and galattorrea, the treatment with risperidone (long acting injection) was replaced with aripiprazolo 10 mg/day (April 2007). After the switch with aripiprazole (April 2007), PRL values resulted reduced in a time dependent manner: 45 mcg/ml in May 2007; 28 mcg/ml in June 2007; 19 mcg/ml in July 2007. Also, the galattorrea clinical symptoms were interrupted at the end of April 2007 and mestrstual cycles resulted regular since June 2007. Table 1 showed the general profile of the patients 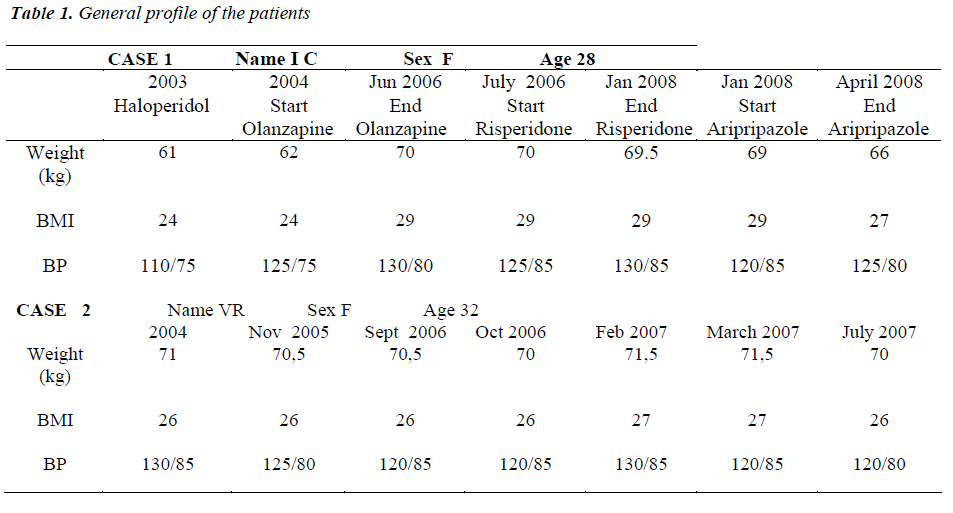 Table 1: General profile of the patients

The results of the present study indicate that the switch with aripiprazole (both orally and long acting injection) induce a PRL normalization and a marked improvement of clinical events (oligomenorrhea, amenorrhea and galattorrea) related to risperidone-induced hyperprolactinemia. Although aripiprazole is a partial agonist of dopamine D2 receptors, it does not block the D2 receptors of TIDA circuit and consequently it does not cause a sharp reduction in dopamine levels in the hypophysial area [14,15]. At this level, dopamine is able to inhibit the prolactin inhibitor factor (PIF) a modulator of PRL secretion. Thus, considering that aripiprazole does not block the PIF, it does not induce an increased production and release of PRL by the hypophysial area.

In conclusion, the present data suggest that aripiprazole is able to reduce the increased PRL levels induced by risperidone and to improve the clinical events related to hyperprolactinemia. However, we need further cases which may confirm these very suggestive data.