Background: The newborn malformation of Primary Lymphatic Dysplasia (PLD), developed primarily due to PIEZO1 gene autosomal recessive mutation, is known to hinder with the lymphatic system action, causing chyle or lymph effusion into the peritoneal cavity or pleura. Case presentation: A 4 years old male subject presented with a recurrent chylothorax and bilateral lower limb edema that started at age of 6 months. Lymphoscintigraphy showed lymphangiectasia with chylothorax. The whole exome sequence consisted of pathogenic variants in PIEZO1 gene associated with Lymphatic Malformation type 6 (LMPHM6). Conclusion: This is the first reported pediatric case of PIEZO1 gene mutation in Saudi Arabia. This case highlighted the wide differential diagnosis of recurrent chylothorax and lower limb edema, as well as the relative literature on the molecular foundation, clinical scale, pathophysiology, and lymphatic malformation treatment. Patients can be improved via application of standardized chylothorax and lymphedema therapies. Overall, awareness of the diseases related to the thoracic lymphatic circulation should be observed as its prognosis may highly promote better approaches for its management.

Lymphatic malformation type 6 is also known as Generalized Lymphatic Dysplasia (GLD). It is known as an exceptional kind of primary lymphoedema, which is described as a lymphoedema that is uniform and extensive. PIEZO1 is a mechanically activated calcium-permeable ion channel [3,4] and is found in various cell types in their plasma membrane. Mechano-transduction is an important progression for many physiological events, required for the vital regulation of embryonic progress.

PIEZO1 played an essential part in the blood and lymphatic vasculature development in the peritoneum of fetal tissue of human at 17 weeks of gestation known as an exceptional form of primary lymphedema, which is characterized by uniform widespread lymphoedema. It affects all the body segments with the structured involvement of pulmonary or intestinal lymphangiectasia, pericardial or chylothoraces effusion, and pleural effusions [1]. Lymphatic dysfunction is also seen in prenatal conditions as an existing Non-Immune Hydrops Fetalis (NIHF).

In prenatal cases, the occurrence of hydrops is much higher than primary lymphedemas [2]. Probably due to the presence of utero edema, clinical features such as facial dysmorphism appear [2]. Lymphatic malformation type 6 is also known as GLD (generalized lymphatic dysplasia) [1].

Our case is a 4-years-old Saudi male patient who was referred to pediatric pulmonology department for evaluation of persistent bilateral pleural effusion with lower limb edema. The patient has normal growth parameters and does not have any other congenital malformation.

Figure 1: Initial chest x-ray images showing opacity in the right hemithorax (a) At the time of presentation and (b) After follow-up.

The lower limbs excluded any deformity of the skeleton based on radiological imaging, and subcutaneous right ankle edematous changes with questionable serpiginous vena lymphatic channels were observed from ultrasonography. Also, findings from the lymphoscintigraphy most likely represent lymphangiectasia with chylothorax (Figure 3).

In terms of sequencing, the whole exon sequence showed that the PIEZO1 variant c.3029G>A p. (Arg1010His) causes an amino acid change from Arg to His at point 1010. It is categorized as variant of uncertain significance (VUS-class 3) based on CENTOGENE and ACMG suggestions. The action of PIEZO1 variant c.5011C>T p. (Arg1671Trp) leads to a shift in amino acid from Arg to Trp at point 1671. It is also categorized as VUS - class 3 based on similar recommendation. Analysis of the PIEZO1 gene was done through PCR, DNA strands sequencing of the whole coding region as well as the highly conserved exon-intron splice junctions. The reference sequence is PIEZO1: NM_001142864.4.

This case report demonstrated evidence of rapid and early (since 5-min post-injection) drainage of the radiotracer along the right lower limb's lymphatic tracts with moderate dermal backflow in the right side. The lymphatic vessels (deep and superficial) were evidently dilated along the right lower limb with many focal areas of tracer's hold up noted along the lymphatics channel at the popliteal, inguinal, and iliac level, as well as an unexpected tracer extension to the right pleural cavity with moderate tracer accumulation to the mediastinal, right axillary and right supraclavicular nodes.

Lymphatic vessels perform a key part in the balance maintenance of interstitial fluid. The human lymphatic vascular system starts to develop on the 6th to 7th week of embryonic life, which is approximately a month after 1st blood vessels are developed. Meanwhile, the future status of endothelial cell can be assessed by various signals, out of which some are concurrently transduced by numerous ligand-tyrosine kinase receptor systems as the PDGF, angiopoietin, TGF-β families, and vascular endothelial growth factor (VEGF) [5]. The lymphatic system drainage pathway is shown in Figure 4. Lymph contains primarily comprise lymphocytes, coagulation factor, chylomicron, and protein. Approximately 1 mL/kg is the volume total for the lymphatic fluid flow rate per unit of fetus weight which is roughly 5 times that compared to adult persons. In addition, the thoracic duct flow is around 100 mL/h with 2/3 of the fluid obtained by the digestive organs such as liver and intestine [6]. Factors affecting such flow rate include medications and diet among others, with possible ten-fold rise for few hours after dietary fat ingestion [7].

Congenital Pulmonary Malformation (CPAM) is a condition linked to damaged lymphatic flow, which can lead to space leakage along the way of the lymphatic vessels [7]. On the other hand, congenital lymphatic dysplasia syndrome is a condition that is linked with congenital chylothorax and is hereditary. Lymphatic dysplasia linked with lymphedema had attribution to various probable etiologies. People with lymphedema generally have hypoplasia or aplasia of the peripheral lymphatic vessels and other has lymphatic valvular inability that causes the chyle to exhibit thoracic duct reflux [8].

The condition, lymphedema, persistent restricting inflammation of the extremities due to interstitial protein-rich fluid elevation, leading to inadequate lymphatic drainage and transport. The golden standard diagnosis of this disease is isotopic lymphoscintigraphy [5,9]. Diagnosis also involves ultrasound imaging, physical evaluation, and patient history collection. Other visualization method for the lymphatic skin network is the fluorescence micro-lymphography, however, is described to cause trauma [10]. Some visualization approaches also show advantages, among which the direct lymphography provides additional details on the anatomy of the lymphatic skin network [5], CT scan shows high sensitivity of 97% and specificity of 100%, and MRI imaging provides detailed lymphatic structure.

Our patient in this study presented with a genetic-confirmed condition of congenital primary lymphedema, showing PIEZO1 gene-identified 2 heterozygous variants of uncertain significance. Genetic variants that are pathogenic are linked with autosomal recessive lymphatic malformation type 6, a type of GLD known for its uniform, extensive lymphedema that affects the overall body segments. Presence of mid-facial edema was typically observed. And that our patients were normally intelligent and did not exhibit seizures (OMIM: 616843) [4].

PIEZO1 is reported to be not only important for stability of Red Blood Cells (RBC) but also in the development and function [6] of the lymphatic system [13]. More specifically, PIEZO1 mutations (homozygous and heterozygous) were found among those people with recurring lymphedema, ascites with congenital lymphatic dysplasia, and plural effusions [14-16]. Another study in 2018 emphasized the physiological significance of the PIEZO1 on mouse subjects that lack PIEZO1 in endothelial cells and that it is needed for lymphatic valve development [17].

Further studies are needed to understand the role of Piezo1 in lung lymphatic biology, as Piezo1 regulates acute hypoxic vasoconstriction. Piezo1’s distribution in the pulmonary arterial bed can determine ventilation/perfusion ratios in the setting of hypoxia-inducing diseases. According to Lhomme and colleagues, Piezo1 has an accessible vasodilatory effect and may have therapeutic potential. There may also be a chronic Piezo1 effect with long-term depolarization in endothelium and smooth muscle that sets up the vascular remodeling mechanisms in many pulmonary diseases [18]. The role of Piezo1 in lung lymphatic biology needs to be addressed. Evidently, Piezo1 has a future in the lung one that is likely to be promising and exciting.

Standard management for chylothorax, one of the lymphatic system-related disorders, among infants has been reported in the literature [19]. Effusion is eliminated through one or additional two therapeutic tapping after the initial thoracentesis. High-protein MCTG diet along with fat-soluble vitamin supplementation was also reported to lessen the intestinal tract chyle flow [20]. Other studies highlighted the treatment with antibiotics of some patients having Lymphatic Dysplasia Syndrome (LDS) with persistent infections in the pulmonary system [21-23] because of the IgG2 deficiency and linked rhinosinusitis and bronchiectasis [2]. Physical managements of those exhibiting primary lymphedema include physical therapy, compression garments, intermittent pneumatic compression pumps, and massage [24-27]. With regards to surgical approach, beneficial outcomes have been reported for lymphatic microsurgery and volume-reducing surgery. As for the core treating approach, the edema is lessened through usual elevation, elastic stocking compression (external), and massage. Gross-type of edema can be lessened via complete excision and skin grafting, or simple type of incision. Other studies reported that the combination of surgical, physical, physiotherapeutic, and medical techniques have been beneficial to patients with lymphedema.

The GLD lymphatic malformation type 6 is known for its uniform and extensive lymphoedema. Primarily due to PIEZO1 gene mutation, the segments of the body are greatly affected, as this PIEZO1 plays significantly on lymphatic vasculature formation. The lymphatic transport as well as the description of regional lymph nodes was assessed functionally and anatomically via lymphangiography and lymphoscintigraphy. Reduction of lymph flow can be done through dietary adjustments. Patients can be improved via application of standardized chylothorax and lymphedema therapies. Overall, awareness of the disease related to the thoracic lymphatic circulation should be observed as its prognosis may highly promote better approaches for its management.

Appropriate and informed consent (written and verbal) were obtained from the participant for this study. The authors ensured confidentiality of patients by concealing any identifiers such as names, phone or fax numbers, medical record number, initials, anywhere in the paper. The work has also been carried out in accordance with the code of ethics of the world medical association (declaration of Helsinki) for experiments involving humans. 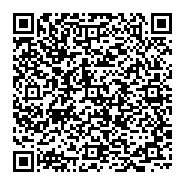