Cardiac metastasis of malignant melanoma: where are we standing?

Melanoma is the most severe neoplasm of the skin, still having a poor prognosis despite all the efforts and discoveries in the past few years. Targeted therapies improved treatment options for melanoma, bringing new hopes for patients with advanced and metastized melanoma. Currently, vemurafenib, dafrafenib, ipilimumab, pembrolizumab and trametinib are just some of the drugs approved by the United States Food and Drug Administration (FDA) for clinical use.

Melanoma may virtually involve any tissue or organ in the body [1]. In the early phases of the disease, surgical resection plays an important and most stage 1 melanomas are cured with surgery. Unfortunately, many patients are diagnosed with advanced, metastized and unresectable disease. Just 10 years ago, these patients had a dismal prognosis, with a complete response rate of just 4.1% and a median overall survival of 7 months [2]. Reports from early 2000 stated that once it metastasized median length of survival was 6.4 months [3]. In 2011, ipilimumab (an inhibitor of CTLA-4) was approved by FDA, changing the landscape of treatment of advanced melanoma. Moreover, regimens combining ipilimumab with vemurafenib (in tumours with BRAF V600K mutation) can improve overall and progression-free survivals in patients with previously untreated melanoma. Although overall survival and quality of life have been improved, melanoma is still a malignancy with a very high mortality rate in advanced stages.

Cardiac involvement is frequent, but usually it is only diagnosed post-mortem. Many authors describe melanoma as the neoplasm with the highest propensity to cardiac metastasis [6]. Initial presentation with cardiac symptoms, without further systemic disease, is uncommon [7]. They usually tend to remain silent, although they can cause 1) mechanical complications caused by the limitation of blood flow through the cardiac chambers; 2) electrical complications due to the destruction of the cardiac conduction system by myocardial infiltrative masses; 3) embolization of the tumor, mimicking transient ischemic attacks or an acute coronary syndrome. Myocardial metastases are more common and cardiac valve involvement is rare. Mainly, it affects the right side of the heart [8], but left side metastases involving the mitral valve have also been reported [9].

Prognosis is even worse when melanoma metastasizes to the heart, with 6 months survival as low as 23% when heart metastases are confirmed [10]. However, as few cases are presented with symptoms during life, there are no studies or guidelines to establish recommendations for the treatment of cardiac metastases. Considering lung or gastro-intestinal metastases, many authors believe that palliative resections are justified, due to the fact that they improve quality of life and reduce the probability of needing an emergency intervention (e.g. for treating obstruction or bleeding in gastro-intestinal metastases) [11]. Several authors even state that palliative ressections may extend survival [12].

In the case report, we have recently published [9], the metastatic melanoma with unknown origin was diagnosed after a mass resection that was causing severe mitral regurgitation. The epicardial adipose lesions raised the first suspicion, since black tumor nodules on the epicardium are characteristic of cardiac metastases of melanoma – usually called “charcoal heart” for its appearance.

Minimally invasive surgery is now widespread for the treatment of various malignancies, after safety and efficacy have been proved. It allows decreased hospital length of stay, enhanced recovery and quicker return to baseline functional status (even more important when we consider young patients already with a reduced life expectancy with the diagnosis of melanoma), and patients can start adjuvant therapies sooner when minimally invasive surgery is performed. In the particular case we describe, the use of minimally invasive surgery was essential since the patient could start adjuvant treatment with vemurafenib and cobimetinib within less than 4 weeks. Unfortunately, the patient died after 6 months of treatment.

Despite all the progress and pharmacological advances, due to the poor prognosis, melanoma cardiac metastases resection is palliative. Patient signs and symptoms and quality of life must guide the decision for surgery, always considering the invasiveness of the procedure, specially planning how and when will patients be able to start adjuvant therapy. An aggressive approach can benefit selected patients, although early detection and proper treatment still be the best weapons to face malignant melanoma. 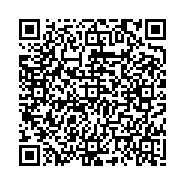