Since the discovery of the fullerene C60 in 1985 by Curl, Kroto and Smalley [1] Carbon based nanomaterials were discovered, i.e., carbon nanotubes (CNTs) carbon nano-horns, nanodiamonds and graphene. More than ten years later the initial isolation of gram-quantities of fullerene compounds in 1990 [2]. A multi-layer fullerene is also known as carbon nano-onions (CNOs). The first discovery of the CNOs, Daniel Ugarte [3] is credited with developing a formation mechanism for the creation of spherical graphitic structures by focusing an electron beam on a sample of amorphous carbon. In the last two decade, CNOs has great attention towards due to unique chemical and physical properties. These properties are different from those of other nano-sized carbon materials. Carbon nano-onions consist of spherical closed carbon shells, multi-layered quasi-spherical and polyhedral shaped shells and structure resembling that of an onion. Sometime carbon nano-onion called as carbon onion. In pharmacological applications, CNOs have primarily been explored as potential drug carriers and delivery vehicles. CNOs display poor solubility in both aqueous and organic solvents [4]. This is due to aggregation, promoted by strong intermolecular interactions such as van-der-Waals forces. To overcome the above problem CNO’s required attachment of functional group at the surface of CNO’s which will improve the solubility.

The recently chemical methods for chemical functionalization of carbon nano-onions have opened up a broad range of novel application. In biomedical application especially in targeted drug delivery system for different cancer therapy, etc. the CNO’s are used with significant results. CNO’s with different drugs could enhance the pace of drug discovery which would offer savings in money and time. It improves the traditional virtual screening methodologies and also enhances site specific action which will cure the serious diseases like cancer etc. Thus, CNO’s could play an important role in designing and development of novel pharmacological therapeutics. 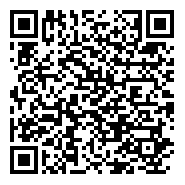