Many secondary metabolites are reduced when phosphate concentrations above 10 mM; however, the mechanism behind this occurrence is unknown. The problem of phosphorus limitation in antibiotic synthesis, in particular, is yet unsolved. This study looks into the effect of phosphorus on spinosad synthesis and how calcium and phosphate supplementation to fermentation media can help. We also looked into the mechanism of fatty acids causing an increase in polyketide synthesis. The four phosphates that were added to the fermentation media were NaH2PO4, Na2HPO4, KH2PO4, and K2HPO4, with NaH2PO4 proving to be the most successful. The peak spinosad production reached 520 mg/L under the ideal phosphate setting of supplementing 20 mM NaH2PO4 on the fourth day and 5 g/L CaCO3, a 1.65-fold increase over the control treatment. De novo fatty acid production was greatly reduced in the NaH2PO4-CaCO3 system, although spinosad biosynthesis and -oxidation were significantly increased. De novo fatty acid production and -oxidation were coordinated to increase intracellular acetyl-CoA concentration. The findings show that combining NaH2PO4 and CaCO3 to ameliorate the phosphorus inhibition effect by regulating fatty acid metabolism and accumulating immediate precursors is a simple and effective technique. This information helps us better understand how phosphates affect polyketide synthesis on a wide scale [1].

Saccharopolyspora spinosa is a gram-positive, non-acidresistant, aerobic bacteria. Spinosyns are novel macrolide compounds with significant insecticidal activity that can be widely exploited in crop pests such as Coleoptera, Hymenoptera, and Diptera. They are generated by fermentation of S. spinosa under aerobic circumstances. It's a promising biopesticide with a broad pesticidal spectrum and significant insecticidal efficacy. Spinosyns A and D are the most active and abundant spinosyns in S. spinosa fermentation media. Spinosad is a combination of spinosyn A (85% spinosad) and spinosyn D (15%) that has no negative effects and low toxicity on nontarget insects and mammals when compared to typical chemical pesticides.

Histone acetylation/deacetylation is found in natural organisms' genetic material and functions as a major biological information regulator. Histone deacetylases can be found in a wide range of taxa, including plants, mammals, microbes, archaebacteria, and eubacteria. The NAD-dependent sirtuin family and the traditional HDAC family are the two types of HDACs currently recognised.

The class I deacetylase acetoine utilisation protein (acuC) is found only in bacteria. In vivo, the acetylation of S. coelicolor's acetyl-CoA synthetase is controlled, but the acetyl transferase responsible for this acetylation has yet to be discovered. In Streptomycetes, this protein is highly conserved, with 75–91 percent amino acid sequence identity, especially in the DNA binding domain. The control of deacetylases in Bacillus subtilis is more complicated. The deacetylase SrtN of the NAD-dependent Sirt family and the deacetylase ACUC of the NAD-independent Sirt family are the two primary types of deacetylases. acuA, which is a homologous acyltransferase gene. The amino acid sequence of acuC protein in S. spinose had 79.38% similarity to that of B. subtilis, according to a comparison of amino acid sequences using Translated BLAST on the NCBI website. These two sequences had an 89% query cover [3].

To study the effects of acuC on mycelial differentiation and spinosad production, acuC was cloned from the genome of S. spinosa using PCR amplification, and the ACUC gene was placed under the strong promoter PermE at the same time. After then, digestion and ligation were used to create the knockout vector pOJ260-ACUC and the overexpression vector pOJ260- PermE-ACUC. To suppress the expression of the acuC gene, the knockout vector pOJ260-ACUC was conjugatively transferred into the genome of S. spinosa. The overexpression vector pOJ260-PermE-acuC was conjugatively transferred into the S. spinosa genome to overexpress ACUC in the same way [4].

The integrative vector was placed under a strong promoter using homologous recombination technology in this investigation. The spinosad biosynthesis and mycelial differentiation were altered by ACUC overexpression. We analysed the differential proteins, insecticidal activity, and glucose consumption in wild-type and mutant strains to gain insight into the molecular mechanism behind this phenomena. The findings revealed that ACUC overexpression caused significant alterations in gene expression, affecting mycelial differentiation and sporulation. The overexpression of ACUC affected mutant strains' spinosad biosynthesis, phenotypes, and insecticidal activity [5]. 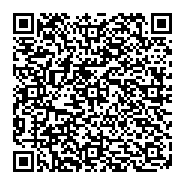