Although aircraft technology is improving with the development of high-performance fighter aircraft, as pilots have very little skill to tolerate stress exposure and extreme gravitational acceleration pressures (+9 G) [1], multiple studies are required. For fighter pilots, a high acceleration situation (+6~9 G) causes excessive inflammation in the human body [2] and reduction of blood supply to the brain, resulting in Ginduced Loss of Consciousness (G-LOC) that causes a temporary loss of brain function. At high accelerations, the brain attempts to maintain adequate arterial pressure and, the carotid artery, which is a physiological defense mechanism, and the pressure receptors that are distributed in the palate are mainly involved and prevent the blood flow from shifting downwards [3]. In addition, the L-1 breathing technique simultaneously maintains the abdominal pressure and the chest pressure with the body defense technique prevents G-LOC [4], and strength training increases myocardial adaptation and increases arterial elasticity and prepares for G-LOC [5]. Despite this approach, many pilots experience G-LOC in high acceleration situations. However, the effects of transient highacceleration conditions on brain function factors are inadequate.

Brain-Derived Neurotrophic Factor (BDNF) and Cathepsin B (CTSB) are known as important factors in brain function and brain plasticity. In particular, low serum BDNF levels cause mood disorders, schizophrenia and suicidal urge [6,7], conversely, high levels of BDNF are found in patients with mental illness [8]. Serum CTSB is upregulated by regular exercise, and the lack of CTSB has been shown to lower spatial cognition [9]. In other words, physical activity is highly effective in improving brain function [10], in particular, regular exercise is known to play a role in improving and maintaining cognitive ability [11].

Fighter pilots perform a variety of physical activities to improve and maintain their fitness, but there is a lack of research on brain function factors for high acceleration situations. Therefore, the aim of this study was to investigate the differences of physical fitness between success and failure group, and to examine the changes in blood brain function factors after exposure to high acceleration condition (+6 G, 30 s) in air force cadets.

By using Gondola (ETC, USA), a gravitational accelerometer, at the Air Force Aerospace Medical Training Center, G-test was performed according to the flight training and qualification criteria (+6 G, 30 s). The accelerated exposure method was performed to maximum 6 G for 30 s with a rapid acceleration of 1 G per second. During exposure, subjects performed the L-1 breathing technique, which is a positive acceleration tolerance enhancement technique, and mastered the L-1 breathing technique up to a certain level through adequate training in advance. At the time of acceleration exposure, the anti-G suit was not worn by subjects (Figure 1). Subjects who had loss of consciousness due to acceleration exposure were classified into the failure groups. Groups with no loss of consciousness were classified as the success group.

High-performance aircraft pilots who undergo constant and steeply accelerating exposures along with non-weighting require a physique and stamina to withstand high acceleration conditions because they can cause flying illusions. Loss of consciousness during the flight leads to a fatal accident or physical damage. A survey of 2753 pilots in the Royal Air Force in 1987 found that 19.3% were affected by transient GLOC [12]. This study was conducted to investigate the differences of physical fitness between success and failure group, and examine the factors related to brain cognitive function of pilots, who were exposed to high acceleration (+6 G, 30 s), among the air force military academy students. As a result, abdominal muscle strength, and blood BDNF and cathepsin B levels were significantly high in the success group. This showed that pressure maintenance of the abdominal muscular strength in the high acceleration condition prevented a downward shift in the cerebral blood flow and that the effect of brain function factors was the same as that of temporary high intensity exercise.

In general, high-intensity interval training and muscle strength exercise are known to promote metabolic and inflammatory responses and they are effective in maintaining body composition, physical fitness and lipid metabolism [13]. In particular, BDNF, which is involved in neuronal cell growth, has a cellular functional activity including energy metabolism in the central nervous system, enhances glucose uptake by promoting mitochondrial biosynthesis, and contributes to cell homeostasis [14]. BDNF levels were found to increase after high intensity exercise for about 1 minute at 90% of the maximum exercise load [15]. BDNF, known for its nerve regeneration function, is associated with metabolic enhancement, and it increases in concentration by energy competition [14]. In particular, BDNF level increases at higher exercise intensity and is known to be independent of the exercise time. Indeed, it is the fact that high-intensity anaerobic exercise rather than persistent aerobic exercise leads to brain hypoxia, and it may be a trigger to increase BDNF release by the brain itself [16]. The results of this study showed that high acceleration exposure significantly increased the BDNF concentration in the success group compared to that before acceleration exposure. This is considered to be the reaction of the human body by using the explosive force to withstand the G-LOC in the form of isometric movement.

On the other hand, although the role of CTSB in the brain is controversial, inhibition of CTSB in transient ischemia is known to prevent nerve cell death [17]. CTSB is also considered to be involved in the early phase of protease and Alzheimer's disease including cell apoptosis after brain injury [18]. From another view, however, CTSB has been reported to have neuroprotective [19] with anti-amyloidogenic properties [20]. CTSB has been shown to improve brain function after exercise via several pathways. Running-induced hypoxia [21] increased brain CTSB levels [22]. This can be understood to be due to the removal of neural debris [23] and the process of promoting neurogenesis and improving memory function [24]. Continuous inhibition of CTSB reduces hippocampal BDNF expression [9]. However, physical activity increased the levels of CTSB and BDNF, which increased the size of the hippocampus [11]. In addition, plasma CTSB concentration was significantly increased after exercise for 4 months and the fitness level was also effective [25]. Recent studies have shown a positive correlation between hippocampal memory and physical fitness and CTSB, demonstrating that exercise induction is effective in improving brain function [9,23,24].

This study was approved by the Institutional Ethics Committee at the Korea Air Force Academy (KAFA 15-03). All tests were conducted according to the guidelines of the Study Ethics Committee.

This study was supported by 2016 Research Grant from Kangwon National University. 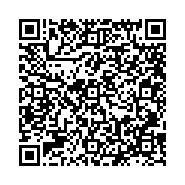