Bowing of legs is it always rickets? A case report.

Objective: Familial Blount disease is a rare developmental disorder that results in acute varus angulation of the proximal tibia. In this case report, we present a young male child along with his mother and two of his siblings who presented with Blount disease, we reviewed the etiology, risk factors and the most common differentials and the common approach of this rare disease. This presentation of bilateral progressive leg bowing, turned out to be Blount disease after a thorough clinical/radiological workup.

Methods: A single case of reviewed for this case study. The patient an 8 year old male who presented with progressive bilateral leg bowing was examined, investigated and managed accordingly. We also reviewed the etiology, risk factors, differentials and common approach to a patient with Blount disease.

Results: The patient was referred to the orthopedic clinic and was scheduled for bilateral epiphysiodesis.

Leg bowing in children is a multifactorial condition; therefore, understanding the difference between its causes is relatively important to identify and manage each case accordingly [1].

Rickets one of the commonest differentials in children with leg bowing; it is a disease of varying etiologies, which lead to insufficient mineralization of bone and cartilage by decreasing the level of serum calcium and/or phosphate [1,2].

Diagnostic features are characteristic, including angular deformities of arm and leg, widened and irregular epiphysis, and cupping of the metaphysis.

However, it is important to keep in mind other causes of leg bowing [1].

Physiological leg bowing for example, which may attribute to the angulation in neonates and infants.

They are usually early walkers. Bowing is usually bilateral and not present until child started to walk. Normally, this condition resolve early before the age of three [1].

Another example is congenital bowing of tibia, which can appear at birth or become obvious during the first year of life, as angulation occurs in the middle part of the tibia with a normal appearance of the distal femur and proximal tibia [3].

Additionally, Blount disease, is one of the rare differentials to be considered. It was defined as a developmental deformity in the posteromedial tibial growth plate, and it was first described by Walter Putnam Blount [1].

In this case report, we would like to report a case of Blount disease in an 8-year-old Saudi child along with two of his family members, as well as reviewing the etiology, risk factors and the most common differentials and approach to such patient.

Blount disease has a significant impact on the quality of life in children and young adolescents.

Missing such a diagnosis could lead to serious consequences that will be mentioned later on.

The condition began since he was 1-year-old when he was diagnosed with rickets by the family doctor and treated with repeated doses of vitamin D supplements that showed no effect.

The mother (35 years old) was obese, short in stature, and had undergone surgery at the age of 10 for her condition, which she thought was rickets at that time, but the condition has now been redeveloped in Figure 2.

On clinical examination, the child appeared to be overweight; BMI:27 (2.53 SD), with normal head contour without any dysmorphic features. There was an obvious varus deformity in both knees, without tenderness, no ligamentous laxity around the knee, and other clinical signs of rickets were absent. Radiological radiographs were done showing bilateral leg bowing (Figure 3).

Baseline and hematological investigations were all within normal limits. His two siblings and mother were examined; they had normal physical and laboratory findings. Radiological finding was consistent with infantile Blount disease. Patient is currently stable, clinically well, referred to pediatric orthopedic clinic and is on a waiting list due to the current pandemic scheduled for corrective bilateral epiphysiodesis surgery.

Leg deformities can be due to congenital or acquired causes and may range from relative common and benign to rare and complex conditions [1]. Blount disease, an extremely rare condition, which results from disturbance of the growth of proximal tibia physis [4,5]. The etiology of the disease is a bit unclear; however, this disturbance in development results in an acute varus angulation of the proximal tibia and medial rotation of the tibia[3]. As seen in our patient (Figure 3). Different cases could present with different degrees of angulation one reported case is a 3 year old female that presented with 15 degrees of varus deformity in both knees and 25 degrees of internal tibial torsion bilaterally [3]. Several predisposing factors have been linked to Blount's, including early walking age 1, large stature, childhood obesity, or all these factors combined [6,7].

The varus deformity of the proximal tibia is the main presentation in established Blount disease in children that usually present after they start walking [1]. It is common that these cases present with bilateral affection and no pain [10].

Plain radiography is a simple and accurate tool to diagnose Blount disease.5 Blount's disease generally does not improve over time, which helps in differentiating it from the physiological leg bowing in children. Rickets can be distinguished from Blount by the absence of characteristic radiological findings (cupping, fraying, etc.), and by the involvement of upper limbs and costochondral junctions. There is always a risk of progressive bowing of the proximal tibia, with or without asymmetrical physeal closure, which is concerning universally.4 One case was reported about a 6-year old Indian girl that was presented with progressive leg bowing, treated with multiple vitamin D courses without effect, and was diagnosed with Blount disease after 4.5 years [10]. This again signifies the importance of early detection and treatment.

We can classify Blount according to severity following the langenskiold classification and treatment depends on the stage and progression of the disease [5]. As this disease progress in severity, there will be an increased lateral strain on ligaments, which is associated with a number of complaints including recurrent knee pain, lateral thrust, in-toeing and a waddling gait. Patients who did not seek the appropriate treatment could develop secondary degenerative changes in the hip and ankle joints and short-limb dwarfism [10]. Identifying and treating this condition at early stages give better health outcomes to patients and follow-ups until skeletal maturity is highly recommended.1 Corrective surgery is not the only method that could be performed as number of the cases reported were treated conservatively [9]. In our case, the treating physician decided that surgery would be the optimum choice.

In conclusion, leg bowing in children has various causes, distinguishing between these causes is important as they have markedly different prognoses. We need to increase the awareness of pediatricians and general physicians for such rare diseases in order to have early recognition, intervention, and better health outcome. 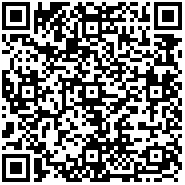