The Blue Brain Project is a brain research endeavour based in Switzerland that seeks to develop a digital reconstruction of the mouse brain. The Brain and Mind Institute at Ecole Polytechnique Federale de Lausanne (EPFL) in Switzerland began the study in May 2005. Its objective is to determine the underlying principles of brain structure and function using physiologically precise digital reconstructions and simulations of the mammalian brain. The project is led by Henry Markram, who also founded the European Human Brain Project, and co-directed by Felix Schurmann, Adriana Salvatore, and Sean Hill. The simulation uses a Blue Gene supercomputer running Michael Hines' NEURON software and includes a physiologically accurate model of neurons as well as an experimentally rebuilt model connectome. A number of collaborations exist, including the Cajal Blue Brain, which is directed by the Supercomputing and Visualization Center of Madrid (CeSViMa), as well as others established by institutions and independent institutes.

The project's primary objective, which was accomplished in December 2006, was to create a simulated rat neocortical column, which some academics believe is the smallest functional unit of the neocortex and is assumed to be responsible for higher processes such as conscious cognition. In humans, each column is around 2 mm (0.079 in) long, 0.5 mm (0.020 in) in diameter, and contains about 60,000 neurons. The organisation of rat neocortical columns is quite similar, however there are only 10,000 neurons and 108 connections. Markram mapped the kinds of neurons and their connections in such a column between 1995 and 2005.

The first cellular model was built in 2005. By 2008, the first artificial cellular neocortical column of 10,000 cells had been constructed. By July 2011, a cellular mesocircuit comprising 100 neocortical columns containing a million cells had been constructed. A cellular rat brain with 100 mesocircuits totaling 100 million cells was proposed for 2014[needs update]. By 2023, it is estimated that a cellular human brain similar to 1,000 rat brains with a total of 100 billion cells would be attainable. The project declared the completion of the first phase in November 2007, giving a data-driven approach for constructing, verifying, and investigating the neocortical column. Scientists at the Ecole Polytechnique Federale de Lausanne (EPFL) created a quantitative model of the previously unknown interaction between glial cells and neurons in 2015. This model depicts the brain's energy management via the neuro-glial vascular unit's function (NGV). To increase system functionality, an extra layer of neuron-glial cells is being added to Blue Brain Project models. The Blue Brain Project found in 2017 that neuronal cliques interconnected in up to eleven dimensions. According to the project's director, the challenge in comprehending the brain stems in part from the fact that the mathematics commonly used to research networks cannot identify that many dimensions. Using algebraic topology, the Blue Brain Project was able to model these networks. According to ScienceDaily, the Blue Brain Project's first digital 3D brain cell atlas, released in 2018, is like "moving from handdrawn maps to Google Earth," containing information about main cell kinds, numbers, and placements in 737 areas of the brain. One of the computational neuroscientists working on the Blue Brain Project, Idan Segev, presented a lecture in 2019 titled "Brain in the computer: what did I learn by recreating the brain." In his presentation, he stated that the whole cortex of the mouse brain had been completed and that virtual EEG trials will begin soon. He also noted that the model had gotten too large for the supercomputers they were utilising at the time, so they were looking into ways to represent each neuron as a neural network (see citation for details).

The Blue Brain Project has created a variety of software for reconstructing and simulating the mouse brain.

Blue Brain NEXUS is a data integration platform that lets users search for, deposit, and organise data. It is based on the FAIR data principle and aims to provide flexible data management solutions that extend beyond neuroscience investigations. It is open source software that is freely available on GitHub.

BluePyOpt is a tool for creating electrical models of single neurons. It does this by constraining the parameters to experimental electrophysiological data using evolutionary methods. Rosanna Migliore and Stefano Masori describe their efforts to rebuild single neurons using BluePyOpt. It is open source software that is freely available on GitHub. 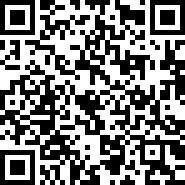