One of the blood disorders is Acquired hemophilia, it is a rare disorder and it is potentially life-threatening bleeding disorder. It is caused by the development of autoantibodies directed against plasma coagulation factors, most frequently factor VIII. The symptoms are hemorrhages seen in skin, muscles, or soft tissues and mucous membranes [1,2]. Porphyria’s is other common disoder and is caused by enzymatic defects in the biosynthetic pathway of heme; sensorimotor neuropathy and cutaneous photosensitivity may manifest. Acute lymphoblastic leukemia is a malignant and cancer. It is a type of cancer seen in bone marrow in which early lymphoid precursors proliferate and replace the normal hematopoietic cells of the marrow. It is common type of cancer and leukemia in children.

Cattleman disease is also well known as immunological disorders that commonly seen in individuals of all ages and share a similar microscopic lymph node appearance. A more number of patients are estimated to be diagnosed with CD every year in the world. If immunity system is effected by any mutations that leads to Autoantibodies that bind to the erythrocyte membrane causes premature erythrocyte destruction (hemolysis) characterize autoimmune hemolytic anemia. The main factors that affect the immnu system is genetic and environmental factors.

If mutations occur at genetic level the will transfer from one generation to next generation. For example Severe combined immunodeficiency (SCID) is a group of genetic disorders that result from genetic defects in both cellular and humoral immunity [3,4]. Presently, bone marrow transplantation and gene therapy are available treatments for Severe combined immunodeficiency. The expression of major histocompatibility complex (MHC) class I and II cellular proteins deficiency commonly causes in early infancy with classic expressions of SCID. Some results shows that In affected patients indicate the crucial involvement of MHC proteins in the immune recognition [5]. Hemochromatosis is another blood disorder in this condition extra iron builds up in the body at extreme levels. If treatment is not, hemochromatosis can cause iron overload in the body, a buildup of iron that can damage parts of the body, including your liver, heart, pancreas, endocrine glands, and joints. The diet intake should follow according to the adviser. The person who is suffering with hemochromatosis should not add raw fish and iron supplements and vitamin c intake. 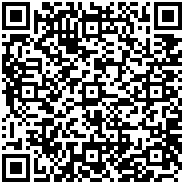